As author of “Take Control of Apple TV,” which covered the second- and third-generation Apple TVs, I spent years anxiously awaiting the fourth-generation Apple TV. Although I was happy when it arrived, it struck me as unfinished. But with the just-released tvOS 9.2, the fourth-generation Apple TV is beginning to feel like a polished Apple product. Your Apple TV may have already downloaded the update for you, but if not, you can trigger the download in Settings > System > Software Updates > Update Software. (And yes, we’ll publish the second edition of “Take Control of Apple TV” shortly, as soon as we get the latest details edited. Everyone who orders now will receive a free update.)

What does tvOS 9.2 add? In a nutshell: better scrubbing, new folders, a redesigned app switcher that matches iOS, Bluetooth keyboard support, text input via voice dictation, support for iCloud Photo Library and Live Photos, expanded Siri search, and the reappearance of Conference Room mode. Let’s look at each of these.

Pausing to Scrub — In tvOS 9.2, Apple has prevented accidental fast-forwarding and rewinding while watching video by requiring you to pause the video before swiping on the touchpad.

Making Home Screen Folders — tvOS 9.2 introduces folders to the Apple TV Home screen. Folders can hold an unlimited number of apps, but they display only nine icons at a time; to see more, scroll down. 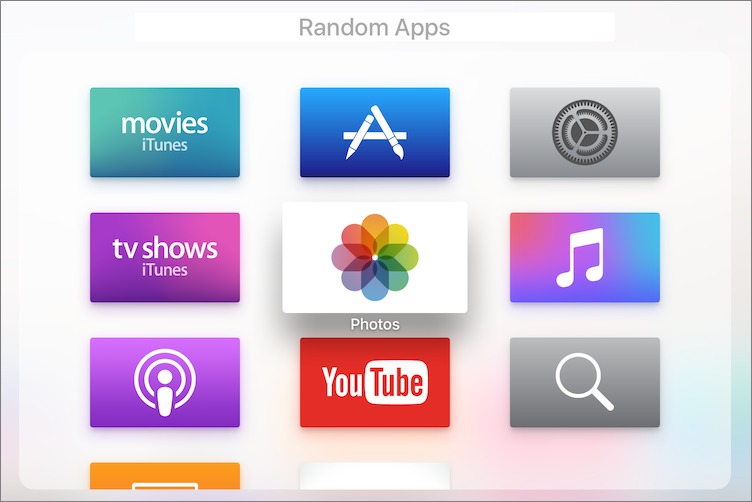 There are two ways to move apps into folders, both of which start with highlighting an app icon and pressing and holding the touchpad until the icon shakes. The first method is similar to the folder-creation approach in iOS, where you move the icon until it overlays another icon, and a folder is created when you let up. Likewise, you can drag an icon into a folder to add it. Inside the folder, you can move the icon around until it’s placed where you wish, and when you’re satisfied, press Menu to set the app in place. This method is familiar, but requires some swiping skill. 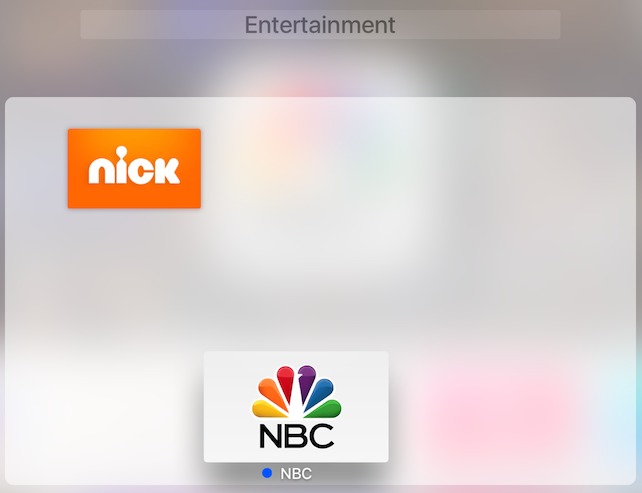 The second method involves pressing Play/Pause while a highlighted app icon is shaking. A menu appears with options to create a new folder with the app or move the app to an existing folder. 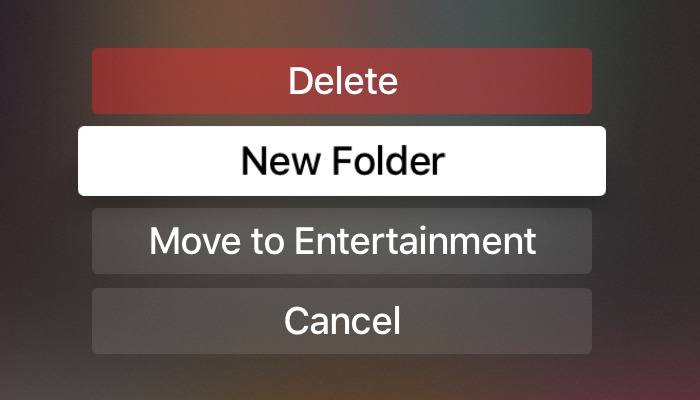 The same techniques can be used to remove an app from a folder — with the second method, select Move to Home Screen from the menu. To delete a folder, remove all the apps from it. You can’t move a folder into another folder.

When you create a folder, tvOS generates a default name based on the types of apps used to create the folder, just as in iOS. You can rename a folder by opening it and then swiping up to reveal a text input field and onscreen keyboard. Delete the default name and type or dictate your own.

Switching Apps — To see the new app switcher, double-press the Home button. Much as in iOS, you can swipe left or right to fan through thumbnails of active apps and click a thumbnail to switch to that app. Swipe up on a thumbnail to close that app, though you shouldn’t bother to close an app unless it’s giving you trouble.

Pairing with a Bluetooth Keyboard — One of my favorite features of the prior Apple TV models was that you could pair a Bluetooth keyboard to help with text entry. I was disappointed to find this feature missing in the fourth-generation Apple TV, especially given that its touchpad text input interface is appallingly awkward. Although you can largely work around this problem with the iOS Remote app (my book editor has developed a nervous tic where she whips out her iPhone to run the Remote app whenever a text input field appears), the previous lack of support for pairing a Bluetooth keyboard was confounding. Apple has at last brought this feature to the fourth-generation model in tvOS 9.2. Here’s how to pair a Bluetooth keyboard: 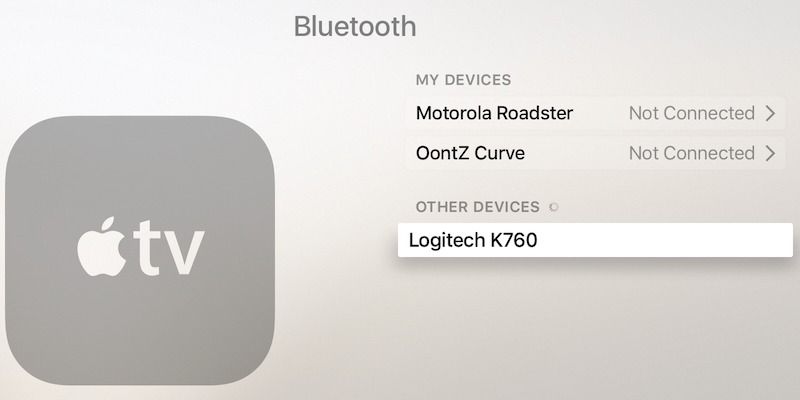 Type on the keyboard to enter text into any text input field. Press the arrow keys to navigate the Apple TV’s interface. The Return key acts like pressing the touchpad, while Esc emulates the Menu button.

Dictating Text — You can also now use voice dictation to enter text, a massive improvement over “typing” with the Siri Remote. This feature makes it far easier to search within the Apple TV interface and even to enter usernames and passwords. However, you must first enable dictation via one of two methods: 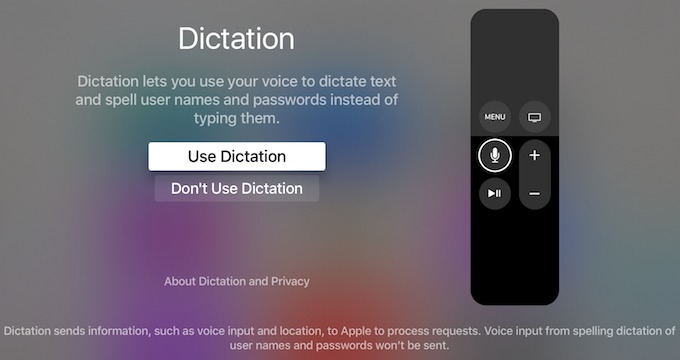 If you click the “About Dictation and Privacy” link on that screen, you can read about how most of your spoken text will be sent over the Internet to Apple to be processed, but text spoken into username and password fields will be processed only locally.

With dictation enabled, you can press and hold the Siri button to speak text into any text-entry field, whether or not it displays the “Hold to dictate” text. Just as with Siri commands, be sure to keep the button pressed until you’re finished speaking. You aren’t limited to having Siri recognize words; it can also understand character names, which lets you enter passwords. To enter an uppercase letter, say “cap” just prior to the letter or word. Be careful with this, because Siri can get confused — sometimes it inserts “cat” instead of capitalizing a letter. Meow!

It’s great to see Apple adding dictation to the Apple TV, but with no way to edit dictated text besides backspacing over the entire field, the feature needs work to satisfy all but the most basic needs. For example, Tonya wanted to add “Welcome to the Engst household” to her Conference Room Mode welcome message, but when the Dictation feature spelled her name “Angst,” she couldn’t put an insertion point in the field to edit just that one misspelled word.

You’ll be prompted to use iCloud Photo Library when you first open the Photos app after the update to tvOS 9.2; if you decline, you can adjust it later in Settings > Accounts > iCloud. Regardless, you’ll have to enter your iCloud password. Then, when you open the Photos app, you should see all your photos and videos, though it may take a while for everything to copy over the first time. Unfortunately, there is no way to sort your library by Moments, Collections, or Years. However, albums from other devices should be present.

Missing from iCloud Photo Library are the options to display photos as a slideshow and to use them in a screensaver; these options remain available for shared iCloud albums, available on the Shared screen.

You can’t edit or delete iCloud Photo Library photos on the Apple TV, which is probably a good thing. However, if you’re like me, you likely have a bunch of photos that won’t look great in the living room, like screenshots. You can hide those images in Photos for Mac by Control-clicking them and choosing Hide X Photo(s), the “X” being however many images you’ve selected. You can also hide images in the Photos app for iOS by selecting them, tapping the Share button, and choosing Hide. Hidden photos are moved to a local Hidden album on your device, and are removed from your iCloud Photo Library.

The Photos app also now displays the video snippets embedded in Live Photos, but it’s an imperfect implementation, because nothing indicates that a photo is “live.” If you know that you’re viewing a Live Photo, press and hold the touchpad for a few seconds to play the video.

Expanded Siri Search — Siri can now search in the App Store. Press and hold the Siri button and ask away: “Search for telescope apps,” or “Search for apps about cats.” During Apple’s special event, the company said that there are now more than 5000 apps for the Apple TV. 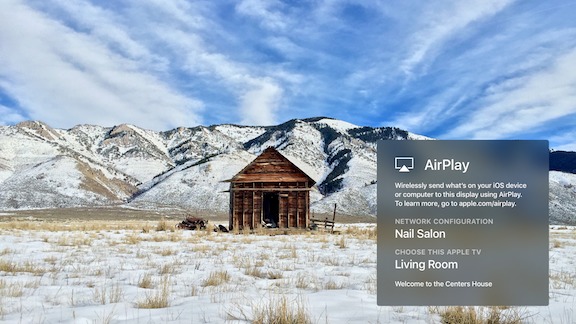 To turn it on, visit Settings > AirPlay > Conference Room Display. On that screen, you can also add a custom message, choose a background photo — either from your library or Apple’s — and preview the screensaver. 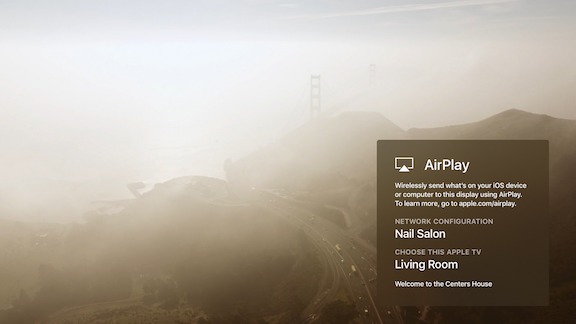 These additions are extremely appreciated, but it’s too bad they weren’t in the product from the beginning. Plus, as much as the dictation feature is welcome, the fact that it needs more work shows that Apple is still feeling its way into appropriate interfaces for the living room.

Regardless, tvOS 9.2 is an important update, and it’s another example of how Apple may be becoming more responsive to customer needs (see “Apple’s March Event Reflects Increased Customer Responsiveness,” 21 March 2016). Now, instead of lamenting painfully obvious missing features, we can look forward to seeing what Apple can come up with for the future of television. And I can look forward to launching the second edition of “Take Control of Apple TV,” which is due very soon!

Comments About With tvOS 9.2, the Fourth-Generation Apple TV Hits 1.0