Quicken 2016 for Mac 3.2.1 — Intuit has released Quicken 2016 for Mac 3.2.1 (a top vote-getter in our recent poll, “Your Favorite Mac Personal Finance Apps,” 29 February 2016) with a number of bug fixes. The update fixes a problem with transfer transactions in the Windows Converter (as well as adds the capability to convert very old Quicken Windows files), improves the Online Transfer process to allow credit card payments to properly display as transfers from banking to credit card, makes a calculation correction to adjust bond face values to align with Quicken Windows, improves
hotkey support for Dates, fixes a crash that occurred when running background tasks, and fixes a bug that prevented Reprint Checks from actually printing the checks. ($74.99 new, free update, release notes, 10.10+) 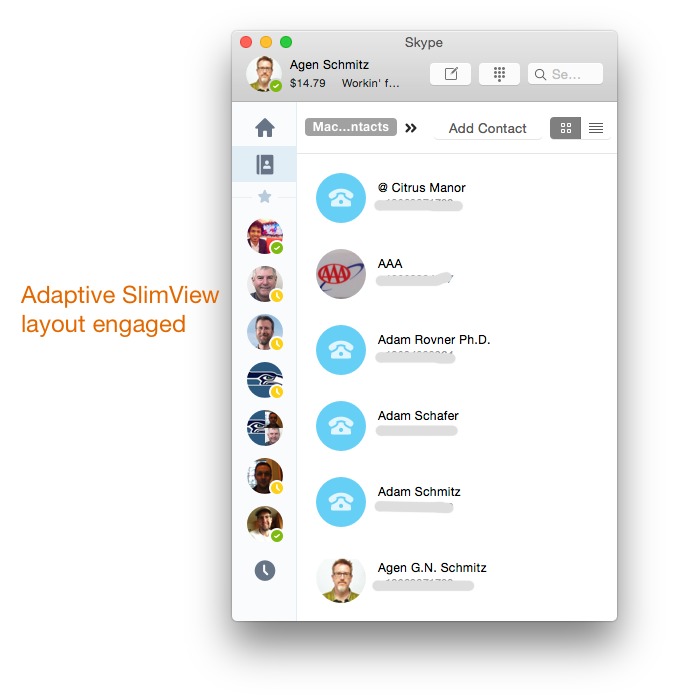 LaunchBar 6.6 — Objective Development has released LaunchBar 6.6 with several improvements related to how the keyboard-based launcher works with iTunes. The update now displays both album artist and title when browsing the Albums category, displays artist or album information for the currently playing track in the iTunes/Now Playing info, resolves a problem causing some iTunes actions to fail if the iTunes Today Widget was enabled in Notification Center, fixes an issue when reindexing the iTunes Library, and fixes a bug with Identically Named Songs.

LaunchBar 6.6 also adds an optional modifier tap for accessing snippets (configured in Preferences > Shortcuts), enables you to use the iCloud Drive item as a target for Send To operations, adds metadata to images when Info Browsing in the Clipboard History, improves the Send To operation in the calculator, adds a dedicated hotkey for opening the list of emoji, sorts emoji by most recently used selections, adds support for Quick Look in the Resources tab of the Action Editor, and improves Copy (and Paste) File Contents to work with more plain text file formats (including Markdown). ($29 new with a 20 percent discount for TidBITS members, free update, 13.3 MB, release notes, 10.9+)

Tinderbox 6.5 — Eastgate Systems has released Tinderbox 6.5 with a new Word Cloud feature, which gives you at-a-glance visibility to the most common terms in a note, section of a document, or an entire document. The personal content assistant also enables you to draw broad links between project items, supports large icons (and improves map layout so that larger icons work well with different shapes), adds a new dashboard option that displays project progress in a percentage ring, improves how Tinderbox uses your Mac’s processors, and adds support for importing from Freemind and tab-delimited value files. ($249 new, free
update, 54.1 MB, release notes, 10.8+)

Moneydance 2015.7 — The Infinite Kind has released Moneydance 2015.7, a maintenance update to the personal financial management application that scored well in our recent survey (see “Your Favorite Mac Personal Finance Apps,” 29 February 2016). The update adds approved certificate authorities for OFX connections, enables you to allow the confirmation popup window to be docked next to the register (as in Moneydance 2014), improves calculation speed in the budgeting interface, ensures that credit card accounts can accept all banking data, fixes the way memos are saved on
splits in the register, and improves Portuguese and Brazilian/Portuguese translations. If you have a license for Moneydance 2014, you can upgrade to Moneydance 2015 for free. If you purchased Moneydance 2012 or earlier, you can upgrade to Moneydance 2015 for $24.99. ($49.99 new from the Infinite Kind and the Mac App Store, free update, 74.2 MB, release notes, 10.7+)

Security Update 2016-002 (Mavericks and Yosemite) — Apple has issued Security Update 2016-002 for OS X 10.9 Mavericks and 10.10 Yosemite with a few security fixes that cross over from the concurrently released 10.11.4 El Capitan (see “OS X 10.11.4 Improves Notes, iBooks, and Live Photo Support,” 21 March 2016). The update patches an Apache-related vulnerability associated with processing a maliciously crafted .png file that could lead to arbitrary code execution, multiple memory corruption issues related to XML, and an issue with OpenSSH that could expose an
information leak and a buffer overflow. (Free. For 10.9.5 Mavericks, 370.8 MB; for 10.10.5 Yosemite, 462.1 MB)