In “Apple Reissues iOS 9.3 for Older Devices; Links Remain Problematic” (28 March 2016), we reported that many users were experiencing app hangs and crashes after tapping Web links. Apple has released iOS 9.3.1 specifically to address this issue. A number of users had complained about similar problems in iOS 9.2.1; it will be interesting to see if this update addresses their complaints as well. 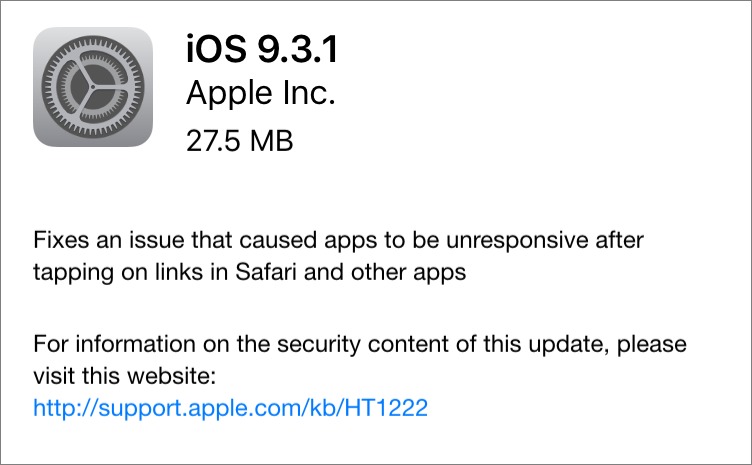 To download the small update (27.5 MB on my iPhone 6), go to Settings > General > Software Update or update via iTunes. I haven’t noticed any problems with this update so far, but it did seem to take an unusually long time to install on my iPhone 6.