Apple has announced dates for the 2016 installment of its Worldwide Developers Conference (WWDC), which will be held from June 13th through 17th in San Francisco. WWDC remains the premiere annual event for Apple developers, and we expect to learn about the next versions of OS X (rumored to be redubbed MacOS), iOS, watchOS, and tvOS during its opening keynote address. Interestingly, the much-anticipated keynote won’t be held in the Moscone West conference center, but instead at the nearby Bill Graham Civic Auditorium, which has more seats than the main auditorium at Moscone West. However, the more than 100 technical sessions and labs will be held at Moscone West. Developers lucky enough
to have scored a WWDC golden ticket in Apple’s lottery will also be able to have one-on-one consultations with Apple experts, and enjoy a bash on June 16th with music, food, and drink. 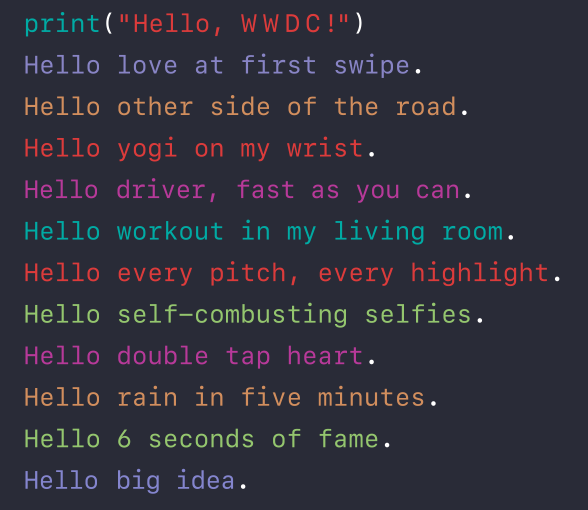 Unfortunately, WWDC registration is now closed, but if you entered the lottery, you should soon have notice in your email inbox informing you of whether you secured a ticket or not.

Students and participating STEM organizations still have a chance to attend, as registration for WWDC scholarships remains open until 1 May 2016 at 5:00 PM PDT.

Even if you can’t make the trip — or didn’t get a ticket in the lottery — you’ll still be able to stream the keynote and many of the sessions. And WWDC is far from the only Apple conference being held in 2016, or even the only Apple conference being held in San Francisco that week — see “31 Conferences for Mac and iOS Professionals in 2016” (6 January 2016) for information on the wide world of Apple-focused events.