I’ve complained before about the paucity of desirable apps on the Apple TV, but a surprise player has jumped in to help fill the gap: BitTorrent Inc., the company behind the peer-to-peer file-sharing protocol that’s a favorite of copyright infringers. In recent years, BitTorrent has tried to find uses for its technology beyond file sharing, such as the BitTorrent Bleep chat client and the BitTorrent Sync file syncing tool (think Dropbox, without centralized servers). Now, BitTorrent Inc. is jumping into legitimate video streaming with BitTorrent Live, currently exclusive to the fourth-generation Apple TV but with clients for the Mac and iOS on the horizon.

Traditional video streaming works by downloading content from a remote server or, more typically, a “cloud” of remote servers. To avoid overloading the source servers, large streaming media providers like Netflix spread the load by relying on content delivery networks (CDNs), which take over the heavy lifting of delivering the content to end users.

CDNs work well, but they can be expensive. BitTorrent Inc. hopes to eliminate the need for them by making every viewer into a broadcaster as well, shifting resource usage from a fixed group of servers to the entire network.

The Apple TV app itself works as a “fully functioning peer in the swarm.” In plain English, this means that as you stream a channel from the BitTorrent network, the app on your TV also streams that channel to other viewers. BitTorrent, Inc. says that leads to about an extra 20–30 percent of bandwidth usage versus regular HTTP video streaming, but that doesn’t count bandwidth saved by BitTorrent’s inherent efficiency over HTTP. However, you needn’t worry about your ISP confusing BitTorrent Live with a server, since it should appear to be a typical peer-to-peer app. Comcast has had a history of slowing down Internet connections that use BitTorrent, but I haven’t seen any such problems with BitTorrent Live.

It’s an interesting experiment, but the practical takeaway is that we now have a new Apple TV app with free, live content. That’s the good news. The less good news is that BitTorrent Live’s interface and channel lineup are both weird.

I found setup to be a pain. You have to create a free BitTorrent account and link it to the app, and that requires clicking a link in a confirmation email message. But I never got the confirmation message, even after multiple attempts to resend it! (Perhaps some spam filters are dubious of messages that mention BitTorrent.) Eventually, I tried signing up with a Gmail account, and that worked.

BitTorrent Live’s interface is straightforward, if a touch odd. Press the Siri Remote touchpad to view the current show and swipe down to see the channel lineup. You’re supposed to be able to view upcoming shows on the current channel, but the show lists display only the channel name, so it’s not yet helpful. When you’re done browsing, press Menu to return to the video. BitTorrent Live is purely live, so there’s no pausing or scrubbing. 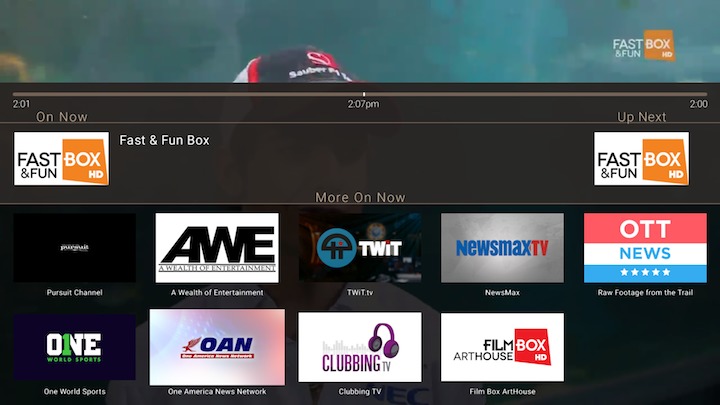 One nice touch is that when you switch to another channel, the loading screen is a drawing of a geodesic pattern. Ideally, no loading screen would be necessary, but at least it’s interesting. 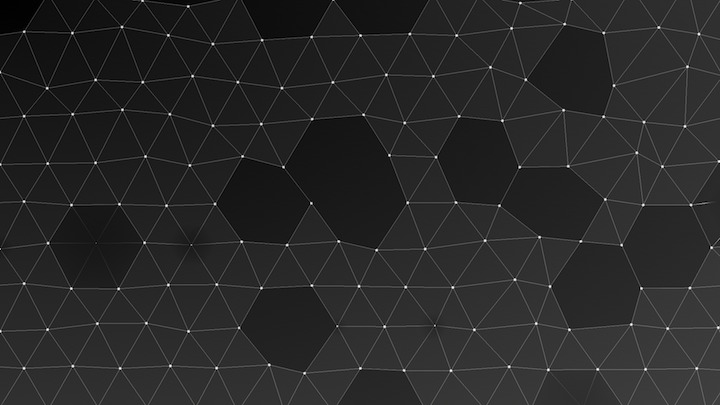 The starting lineup for BitTorrent Live is… eclectic, to put it mildly. You probably haven’t heard of most of these mysterious channels: 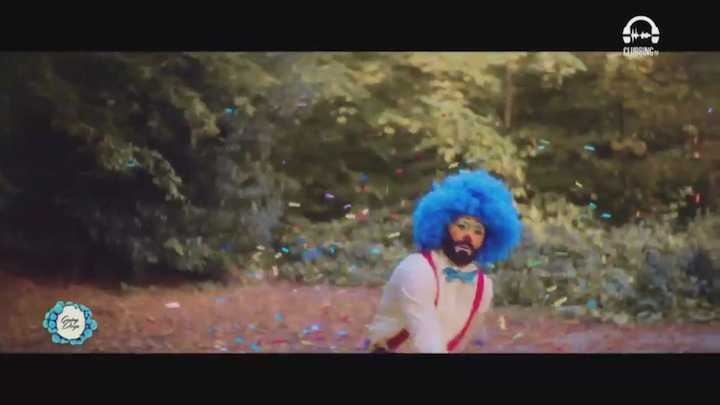 The frustrating thing is that the channel lineup isn’t consistent. The order of channels shifts around, and some even come and go. For instance, channels dedicated to progressive talk show hosts Stephanie Miller and Thom Hartmann have appeared and disappeared. I eventually deduced that these shows are part of OpenNews TV, a progressive talk channel advertised by BitTorrent. As we were editing this article, other channels came and went, much to our confusion.

As bizarre as BitTorrent Live’s channel lineup may seem, it’s sort of charming. It reminds me of the good old days of C-Band satellite dishes, which carried random feeds from around the world. BitTorrent Live has an air of mystery to it that today’s mainstream TV lacks. And on paper, it’s a pretty well-rounded lineup, with news, sports, movies, and music. You could probably watch nothing but BitTorrent Live for a week and not get bored, though I can’t be responsible for your mental state after such a stunt.

As for the peer-to-peer technology that powers BitTorrent Live, it generally works well. Load times between channel changes are short. You may see some stutter and occasional drop-outs, but they’re infrequent and resolve quickly. Video quality is acceptable but often a bit fuzzy; I’m not sure if the fault lies with the content providers or with BitTorrent’s technology.

It will be interesting to see where BitTorrent Live goes, if anywhere. In the meantime, it’s more free live TV for Apple TV owners, making Apple’s living room box more attractive, particularly to cord cutters who have chosen to drop cable TV.