Apple has issued a statement saying that the company is discontinuing its 27-inch Thunderbolt Display, which was last updated in 2011 and featured a resolution of 2560-by-1440 pixels.

We’re discontinuing the Apple Thunderbolt Display. It will be available through Apple.com, Apple’s retail stores, and Apple Authorized Resellers while supplies last. There are a number of great third-party options available for Mac users.

This move leaves Mac users without an Apple-branded display to pair with a Mac Pro or a Mac mini as a primary monitor or with an iMac or any of Apple’s notebook models as a secondary screen.

The way Apple recommends third-party options suggests that it has no plans to release a 5K Retina Thunderbolt Display, as most people had expected the company to do after the October 2014 debut of the 27-inch iMac with 5K Retina display.

That’s disappointing for those who, like Tonya and me, insist on working on dual-screen Macs. We have both paired a 27-inch iMac with a Thunderbolt Display, and while the screen real estate is essential, the quality difference between the screens is easily noticeable. Even buying from Apple didn’t ensure a perfect match. While the Thunderbolt Display compares well with the physical look of the iMac, it has to be raised an inch or so to equal the iMac’s height — I accomplished that with one of my old books. 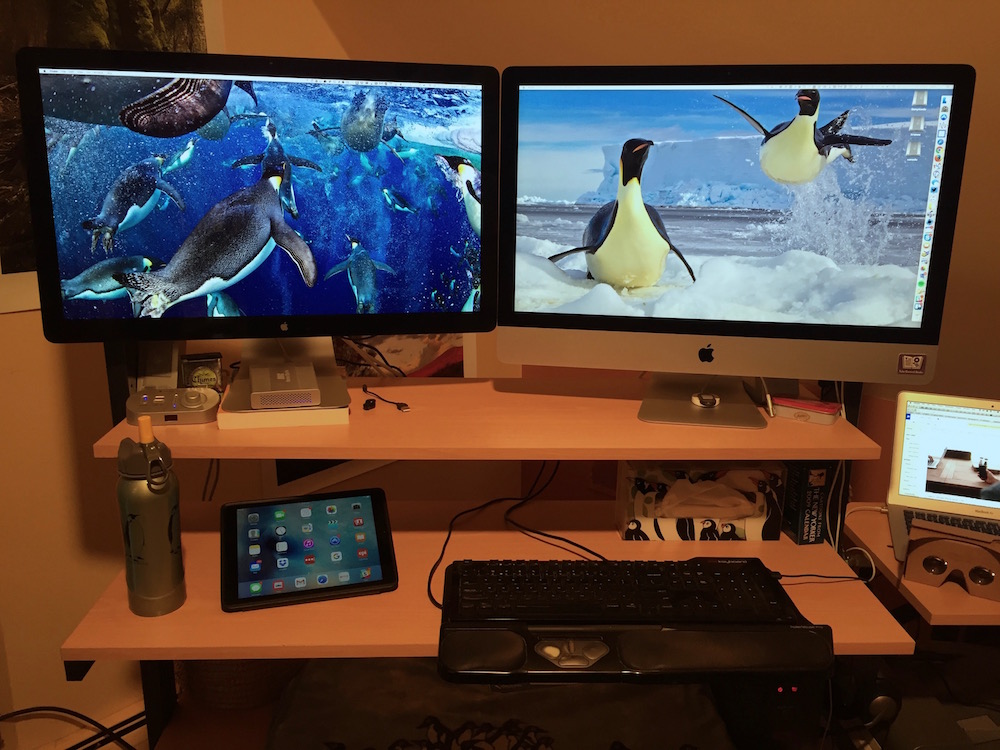 If you want a Thunderbolt Display, act quickly before Apple sells through its remaining stock. However, it’s hard to recommend, given that you’ll pay $999 for 5-year-old technology and an inflexible industrial design. In comparison, the Dell 27 Ultra HD 4K Monitor P2715Q features a resolution of 3840 by 2160 pixels for about $500 on Amazon. Plus, it’s height-adjustable, tilts and swivels, and can even be pivoted to portrait orientation. If you’ve purchased this
or another third-party display for use with a Mac, tell us how well it works in the comments!

Some have tallied the loss of the Thunderbolt Display alongside the lack of updates to the Mac Pro as evidence that Apple is deemphasizing professional use of the Mac. I suspect that Apple instead sees the 27-inch iMac with 5K Retina display as sufficient for most professional use.

Comments About Apple Discontinues Thunderbolt Display with No Replacement in Sight