Apple TV-owning NASA nerds, rejoice. The National Aeronautics and Space Administration has launched a free app that is sure to keep space geeks busy for weeks.

The new NASA app for the fourth-generation Apple TV is jammed with somewhat disorganized content broken up into a few sections: 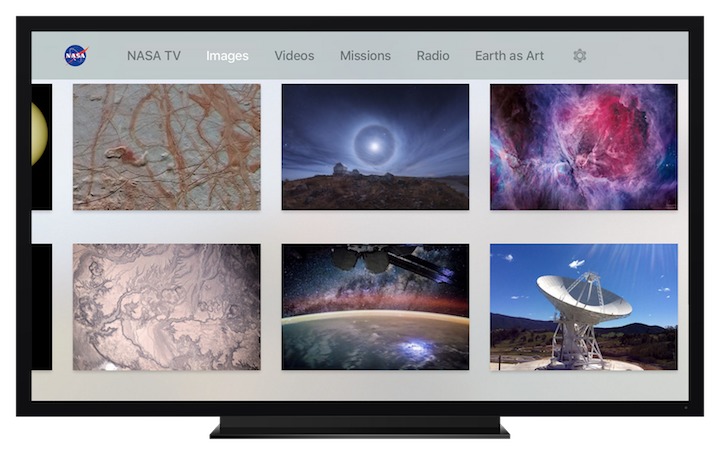 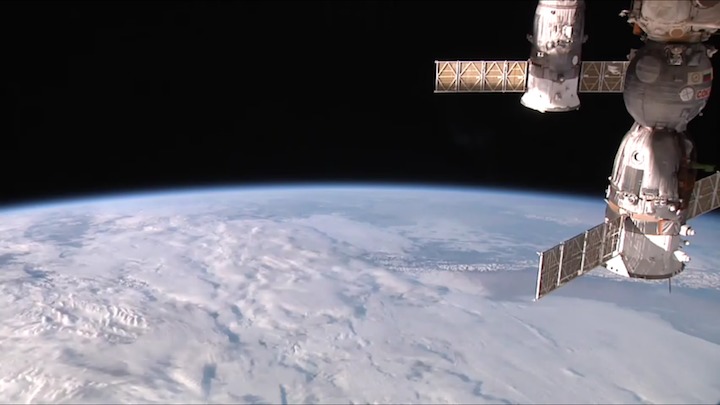 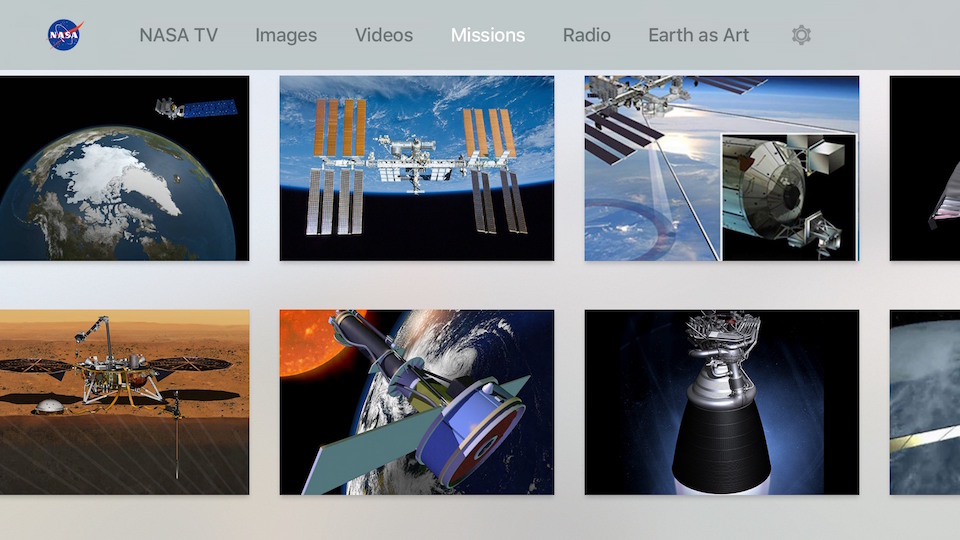 The NASA app is also available for iOS and Android devices, but it’s a great experience on the big screen.

Apple TV Entertainment
Cookies & Privacy: We wish we were talking about chocolate-chip cookies here, but our Web site—like nearly all others—relies on a few minor digital cookies. Various laws around the world require us to tell you that fact, so consider yourself informed, if not nourished. By continuing to use this site, you agree to our use of these cookies. Cookie and Privacy Notice