First, the good news: Verizon is changing each of its data plans so that they will offer at least 30 percent more data than before. Now the bad news: Verizon Wireless customers who opt for the new plans will pay more. Here’s what the differences will be for each of the company’s plans:

Verizon is also matching competing carriers by introducing rollover data on all of its plans, a feature called Carryover Data. As with AT&T Rollover Data feature, unused data rolls over only one billing cycle before expiring. T-Mobile, in contrast, lets you accumulate rollover data for up to 12 months.

Also, Verizon offers a new feature, called Safety Mode, that prevents $15 per GB overage charges by instead throttling data throughput to 128 Kbps after you run through your monthly allotment. Verizon’s XL and XXL plans will include this feature for free, but for others, it will cost an additional $5 per month. 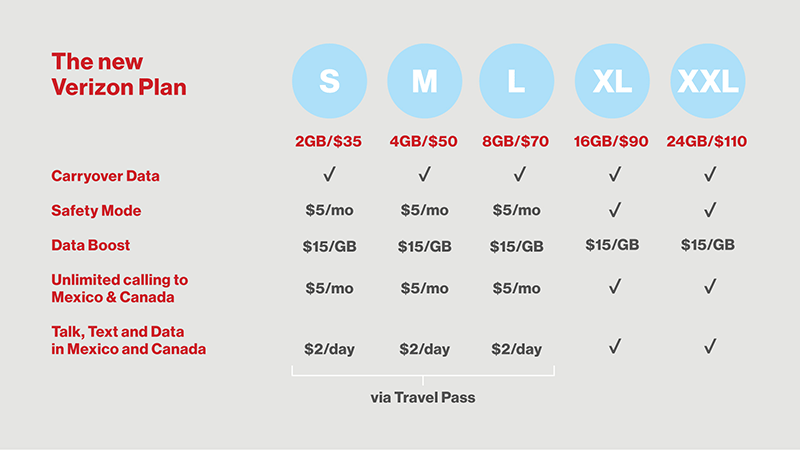 Overall, these are decent changes, certainly better than straight price increases. However, if you’re not thrilled with the new plans, Verizon says that you can keep your existing plan for now.