When the fourth-generation Apple TV was released, many were dumbfounded that the Remote app for iOS didn’t work with it. Weeks later, the app was updated to support the new model, but it lacked key features like Siri support. Now, Apple has released a new app, called Apple TV Remote, that emulates the physical Siri Remote.

The new Apple TV Remote app is much simpler than its predecessor. For instance, it no longer connects to iTunes libraries, only second- through fourth-generation Apple TVs. It’s also an iPhone-only app; while it will run on the iPad, it’s not optimized for the larger screen. However, the previous app, now renamed iTunes Remote, remains in the App Store, and it can connect to iTunes libraries, as well as second- through fourth-generation Apple TVs. 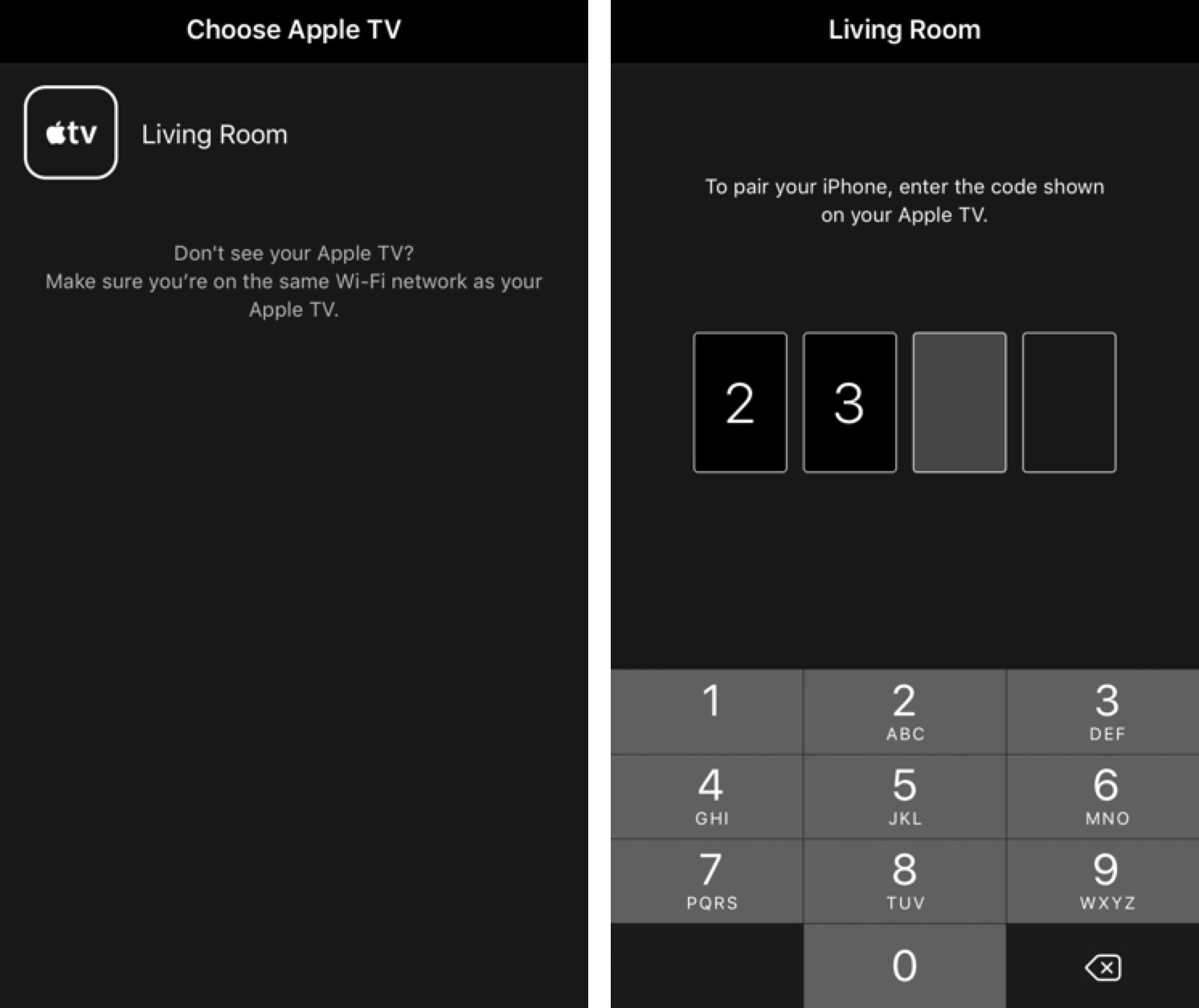 The app’s interface is basically the same as the Siri Remote, with a touchpad and buttons for Menu, Play/Pause, Menu, and Siri. As with the Siri Remote, you can tap the edges of the touchpad while watching video to skip 10 seconds, or hold the edges to rewind and fast-forward. If your receiver supports HDMI-CEC, you can control its volume with the iPhone’s volume buttons, per Apple’s support document about the app.

Notably, it adds support for controlling the fourth-generation Apple TV via Siri. In my testing, using it with Siri worked well, but the app causes the iPhone to vibrate when you hold down the Siri button, which is disconcerting.

The Apple TV Remote app also includes some contextual controls. While video is playing, ten-second skip buttons appear to the left and right of the Play/Pause button. A Details link appears in the upper right — tapping that brings up a screen where you can control media directly. There, you can scrub the video’s timeline, as well as rewind, play/pause, and fast-forward. Oddly, controls like these don’t appear when playing songs from Apple Music. 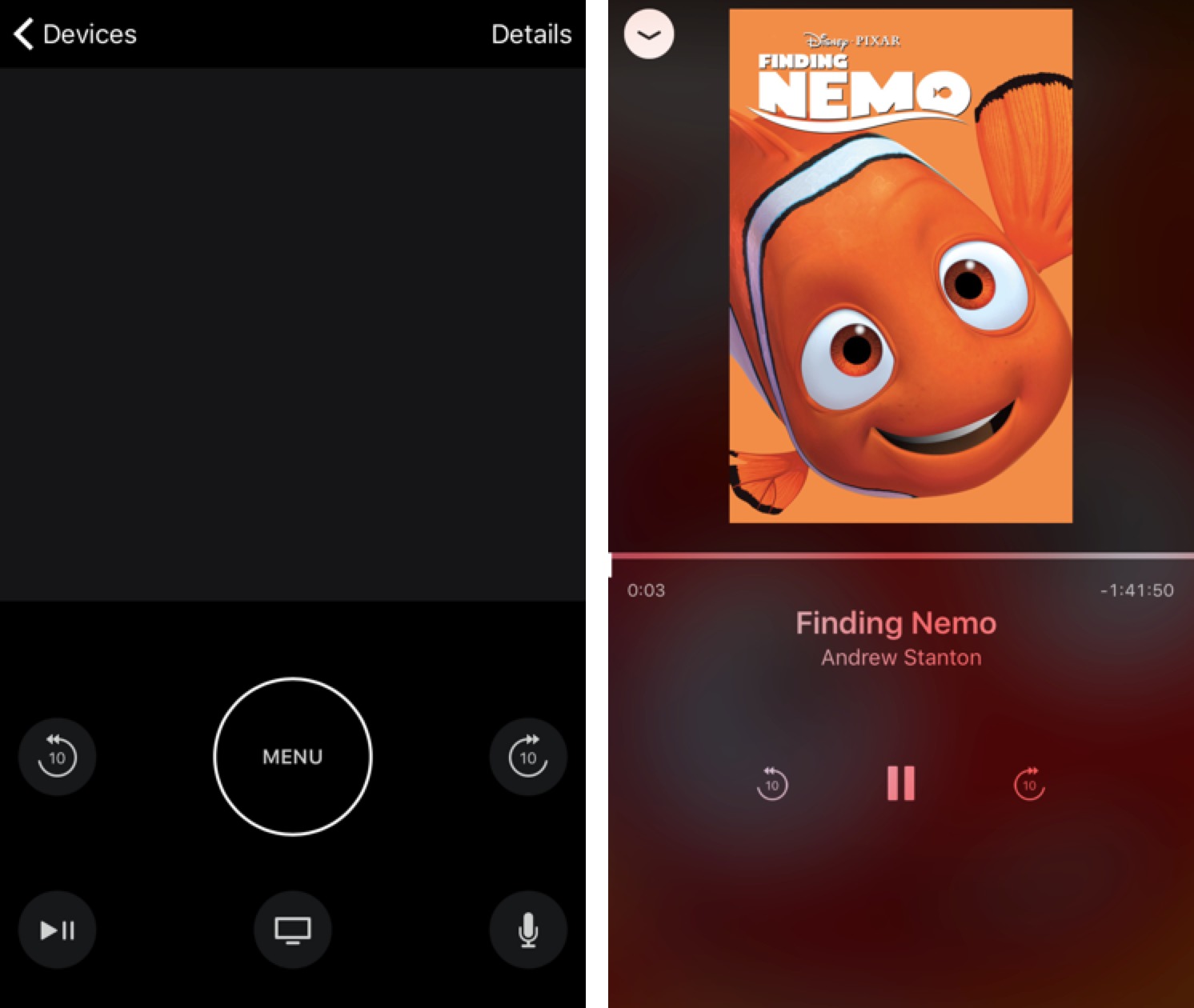 Highlighting a text field brings up a keyboard, which you can dismiss by tapping Done in the upper left. Bring it back again with the keyboard button at the top of the screen. This part of the app is a little buggy. Sometimes the icon remains even after I’ve left a text field, and sometimes it doesn’t appear when I access one. 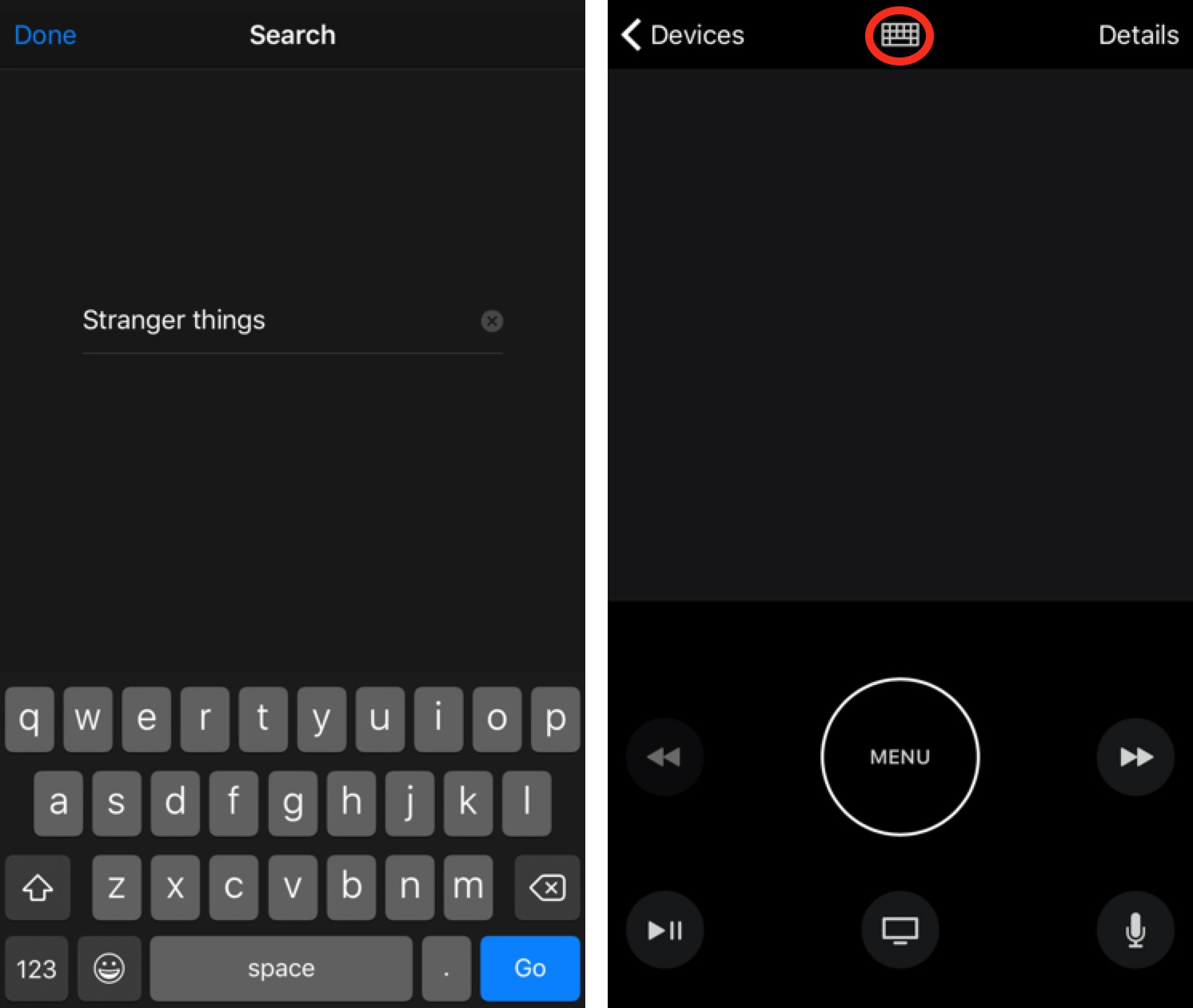 The most interesting aspect of the Apple TV Remote app is that it doubles as a game controller. When you launch a game, a game controller button appears at the top of the screen. Tap it to reveal a landscape-oriented game controller, with a touchpad on the left and control buttons on the right. Just as with the Siri Remote, you can move the iPhone around in space to play motion-controlled games. (Don’t drop it!) 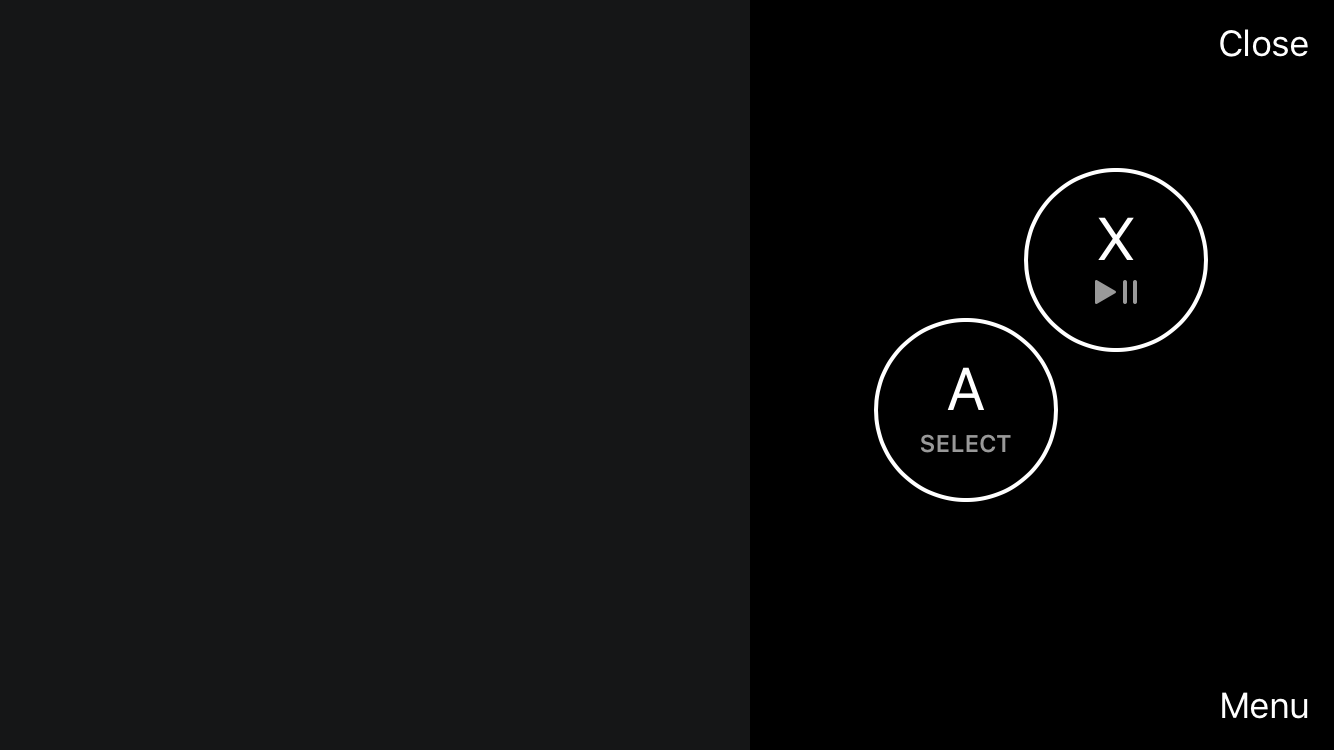 Overall, the Apple TV Remote app is an essential download for all owners of the fourth-generation Apple TV, and it’s much better suited for the device than the previous app. It’s a little disappointing that Apple didn’t extend its capabilities beyond what’s possible in the Siri Remote, with features like dedicated music controls and an iPad-specific version. But that gives us something to look forward to!