Our son is off to college, taking his first smartphone with him. While we’re an Apple household, he’s carrying a Google Nexus 5X on Google’s Project-Fi cell service. This platform gap creates a problem: how will we video chat with our young man?

FaceTime isn’t an option. Apple’s video chat service doesn’t work outside the Mac and iOS ecosystems despite Apple’s early assurances that it would be made an open standard at some point. Apple has said nothing about this lately, and I’m not holding my breath.

Our family has other options, including Skype (a favorite of my Mac-centric better half) and Facebook Messenger (to which my son and I are addicted).

But Google has just swooped in with an intriguing third option: Duo.

The previously announced video chat app has a potentially broad audience since it works on both the iPhone and Android phones (see “Google I/O 2016 Includes Announcements with Apple Appeal,” 23 May 2016). Its radical simplicity also makes competing apps look convoluted.

However, Duo won’t be the ideal choice for all iPhone users, and FaceTime is likely to remain the default for those using Apple gear.

Simple as Can Be — Duo was designed from the ground up – and separately from Google’s other video chat app, Hangouts – to be simple and easy to use.

All it requires for setup is your mobile phone number, which is what other Duo users need to reach you. Punch in your digits, and the app texts you a confirmation number. Tap that in, and you’re good to go. 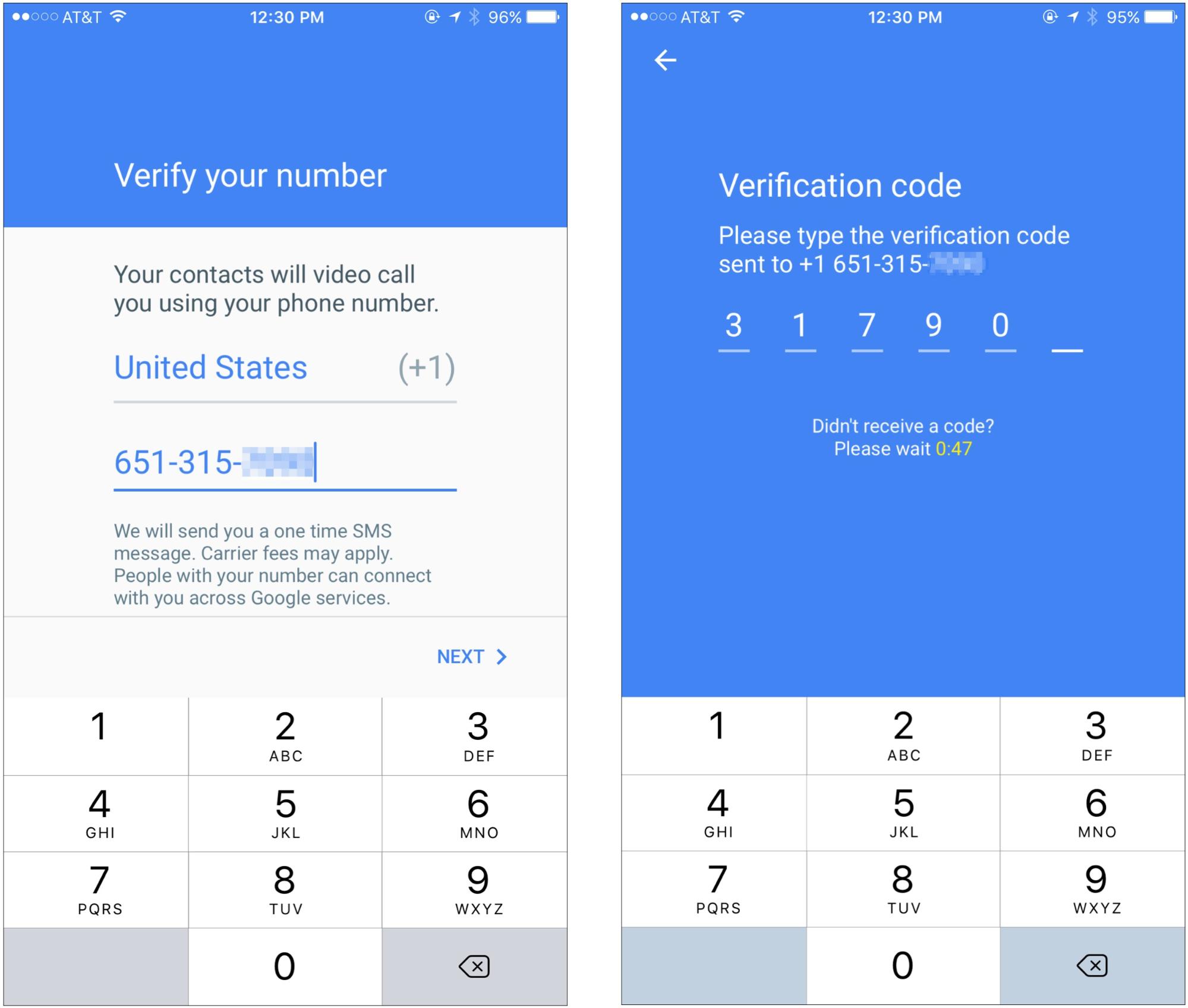 You’re then presented with a minimalist interface – a video window at the top and a Video Call button at the bottom.

Tap the button and select a contact. If that person is a Duo user, the app initiates a call. If not, it texts out an invitation to install the app.

Once you have a couple of calls under your belt, buttons for those contacts appear alongside the Video Call button, nudging it leftward. I derive comfort as a newly minted empty nester from having a dedicated button for my kiddo available for the tapping anytime. 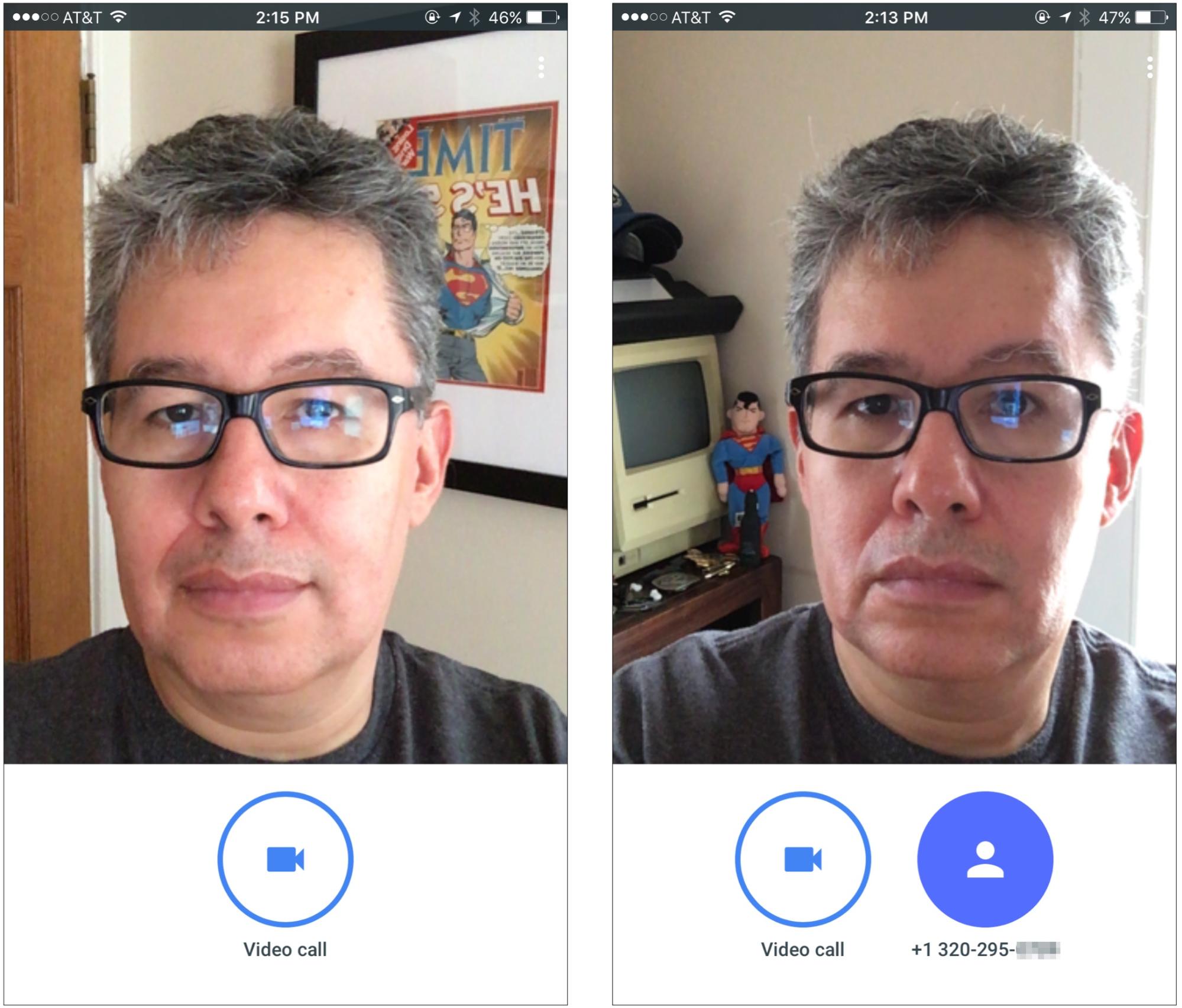 The actual call interface shows the other person full-screen, giving you a small bubble off to the side so you can make sure you’re properly framed. You can tap that button to switch places, showing your face full-screen and the other party in the bubble 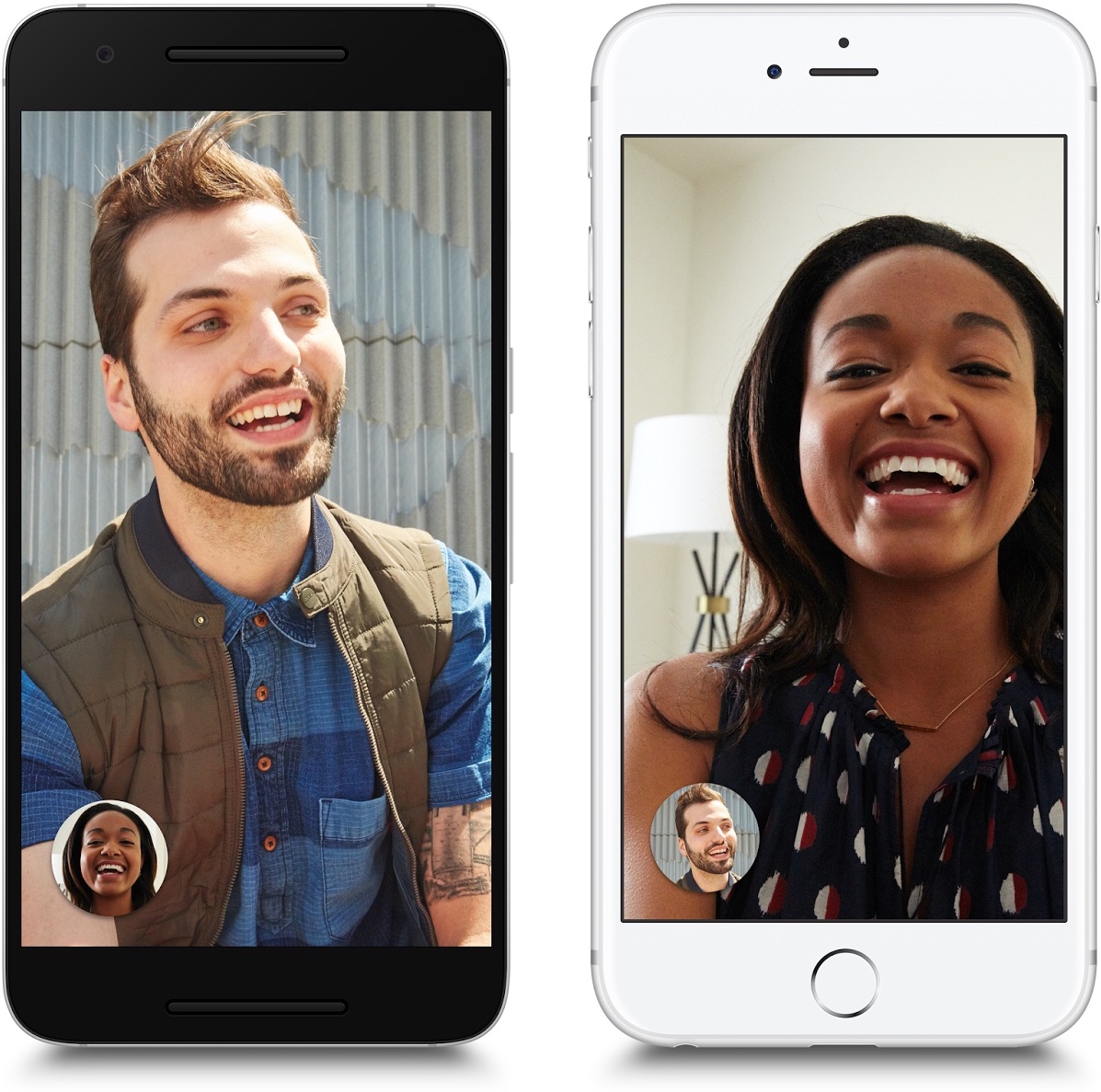 When you turn the phone to landscape mode, the video window adjusts to the new orientation, but if the other person doesn’t also rotate their phone, you’ll see gray bars on both sides of the picture.

Tap the screen during a call to display buttons for muting the mic, swapping to the other camera, and ending the call.

That’s Duo in a nutshell — I told you it was simple — although there is one novel twist, called Knock Knock.

Knock Knock refers to a preview feature that shows live video of the caller before you accept the call. It’s handy for call screening and may inspire callers to engage in goofy hijinks to entice you into picking up. Knock Knock works only with callers who are in your contact list, so you’re protected from unwanted and potentially icky Knock Knocks. If a contact abuses Knock Knock, you can block them. 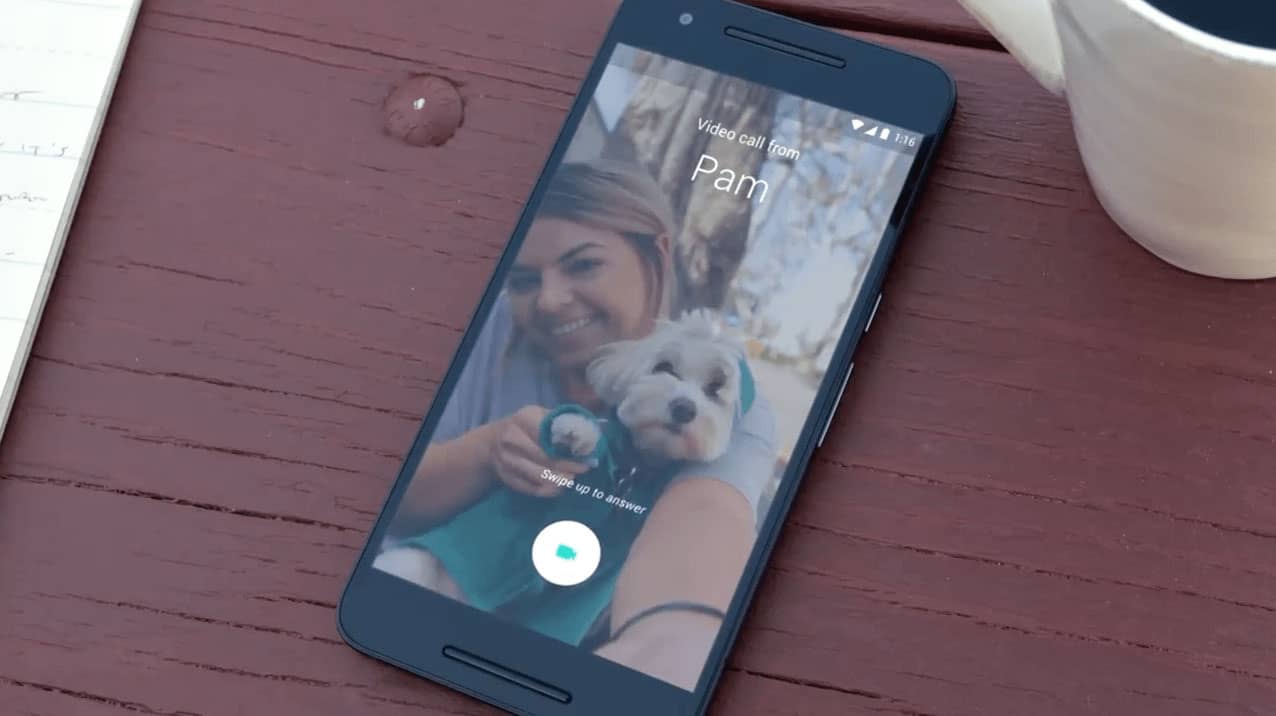 There is a catch for iOS users: Duo must be open and on the screen for the preview to appear. Otherwise, incoming calls show only a call alert. You also have to unlock the iPhone before you can take the call, which isn’t necessary on Android.

Duo Versus FaceTime — On the surface, Duo seems like a FaceTime clone. Tap a contact, make a call.

But FaceTime is more powerful and makes Duo look sparse. Here are things to keep in mind when comparing the two:

Do the Duo — For all of Duo’s shortcomings compared to FaceTime, it’s an app that any iPhone user with Android-using friends or family should install. It’s a painless way to open up another communications conduit that could prove useful. You have nothing to lose.

I put Duo on my son’s Nexus 5X before I handed over the device, and made it clear to him that I’d be using it regularly; I couldn’t tell if he was pleased or chagrined. Likewise, I’m encouraging my semi-Luddite parents to use Duo. They have Apple devices but struggle to master their capabilities, and apps like Skype and FaceTime tend to fluster them. Duo is exactly their speed.

Luckily, there’s no need for an either-or answer to the question of Duo or FaceTime. Most iPhone users will stick with Apple’s app given its additional features and compatibility across Apple’s hardware line. Those who need Android compatibility can add Duo, and if Duo ends up working better than FaceTime between Apple users, that’s fine too.

Should Duo become a hit, I wonder if Apple might kick itself for not making FaceTime cross-platform as it had initially said it would. That seems like a missed opportunity.