Look at the time — watchOS 3 has arrived! You can install the 561 MB update by opening the Watch app on your iPhone and navigating to My Watch > General > Software Update. To install the update, the Apple Watch must be near the iPhone, the iPhone must be connected to Wi-Fi, and the Apple Watch must be connected to its charger and have at least a 50 percent charge. You also must have iOS 10 installed to perform the update. Note that in our testing, the update took a very long time — perhaps start it before bed. We’ve also heard that you may need to unlock the watch manually to complete the update.

We covered the new features of watchOS in “Why watchOS 3 Will Be Nimble and Nifty” (13 June 2016), but here are the high points for the update:

Overall, we’ve appreciated Apple’s changes in watchOS 3, which significantly refine what was previously a rather rough experience. Annoyances remain — for instance, the app cloud is nearly impenetrable for those who don’t interpret icons well or whose vision isn’t perfect. Here are three quick tips for using watchOS 3 effectively:

Set Up Faces — In watchOS 3, you can easily switch between watch faces, each with its own set of complications. With a bit of thought, you can set up a few favorite faces for different uses. Here’s what Josh Centers is experimenting with:

Don’t worry about removing faces that you don’t use, since you can add any of them back from the Face Gallery in the iPhone’s Watch app.

Tweak Your Dock — The new Dock that replaces the circle of friends formerly available from the side button is great, as it holds up to ten of your most commonly used apps, ready to run. You should see less lag when loading apps in watchOS 3 generally, and even fewer delays when you load them from the Dock.

To use a Dock app, press the side button, swipe left or right to the app of your choice, and then tap the app thumbnail. Any app you launch that isn’t already in the Dock gets added to the end… as long as you haven’t reached the maximum of ten docked apps. To remove an app from the Dock, swipe to it, and then swipe up to reveal a remove button. 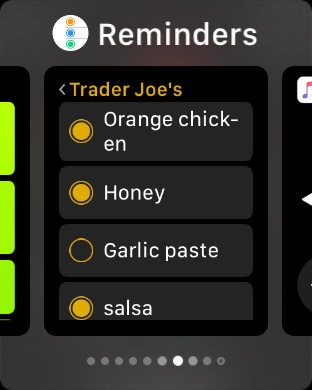 If you want to make wholesale changes to your watch’s Dock, you can do so more easily in the Watch app: My Watch > Dock takes you to an editing screen where you can quickly choose, rearrange, and delete apps from the Dock. Just tap Edit and fiddle to your heart’s content! 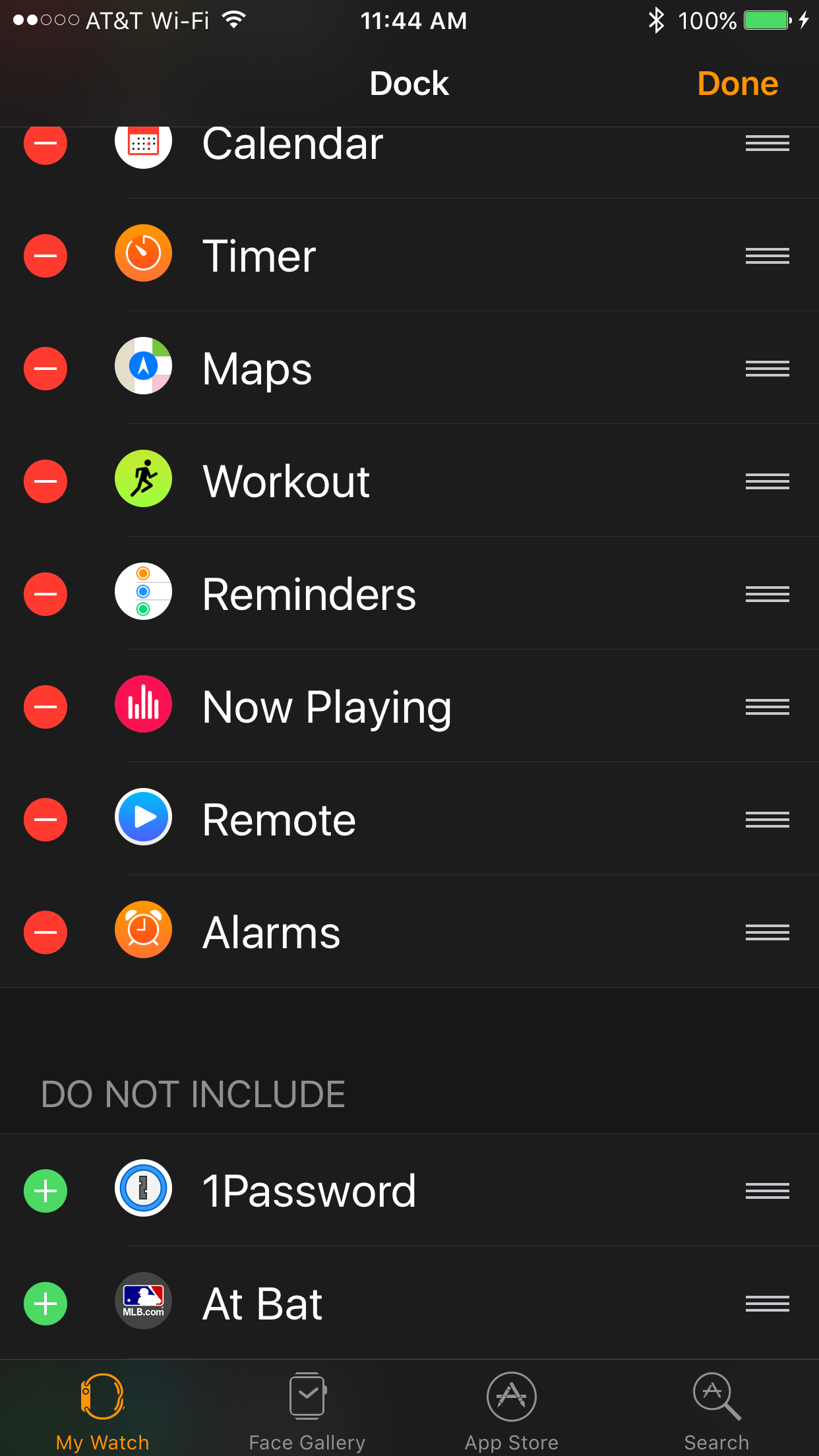 Get Fit Without Extra Complications — Among the additions to the new faces provided by watchOS 3 are a set of Activity faces. If you’ve felt limited by having to devote a precious complication slot on a watch face to your Activity rings, one of these faces may be for you. The complete gallery includes both Analog and Digital face versions that include the Activity rings as part of the faces. For example, you can have an analog face with three separate rings included, along with slots for three complications. 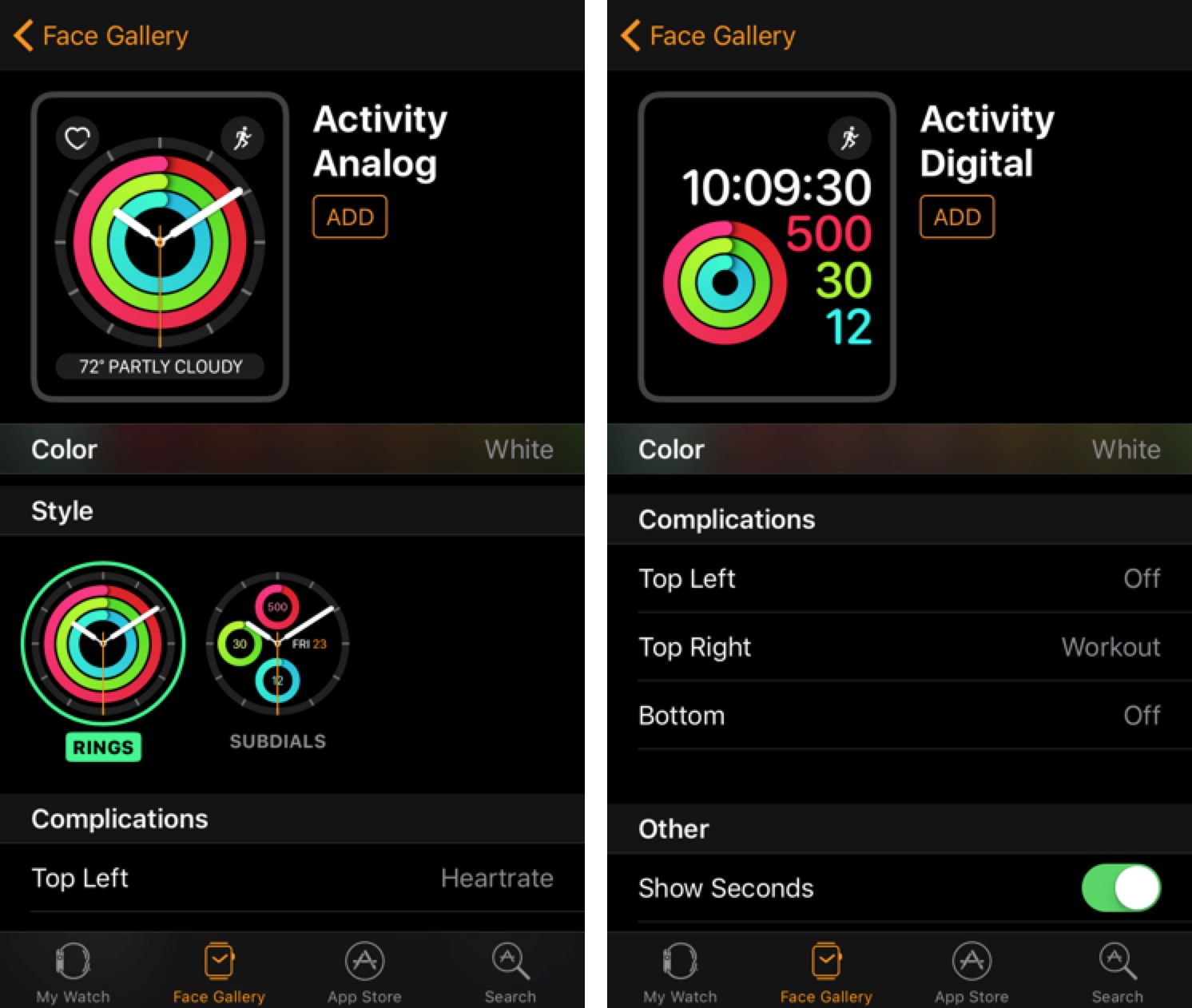 Or, if you want a large, easily readable digital face, you might want to try the large print digital version. This face also has three complication slots in addition to the rings that are incorporated into the face.

For added exercise efficiency, you can add a Workout complication to the face so that, with a single tap, you can launch the Workout app. And, as an added bonus, the Workout app lets you specify one of your workouts as a “Quick Start” workout so you can get moving quickly.

Talk to the Wrist — It’s telling that Apple dumped glances and the friend circle unceremoniously, presumably in response to research showing that they were either little used or simply not helpful in the wearable context. We’ve never seen Apple change interface gears so radically before.

With the new approaches in watchOS 3, Apple has significantly improved the response time and usability of the Apple Watch. We’ll see if these changes stick, or if watchOS 4 brings yet another new paradigm.

Comments About Three Tips for watchOS 3