Instagram’s audience does skew young – typically 35 and under. What’s more, the service officially works only on smartphones, seemingly leaving Mac users out in the cold. Moreover, with Facebook and Twitter dominating social media for many, finding time for another social network might seem impractical.

I once felt sure Instagram was not for me. I used it only to upload an occasional picture, and I ignored its social aspects almost entirely. And, yes, the celebs got on my nerves.

But I’ve had a change of heart. As a reporter, I began to use Instagram in a journalistic capacity. Also, a year ago, I became a caretaker of @pipress, the Instagram account of my employer, the St. Paul Pioneer Press daily newspaper. 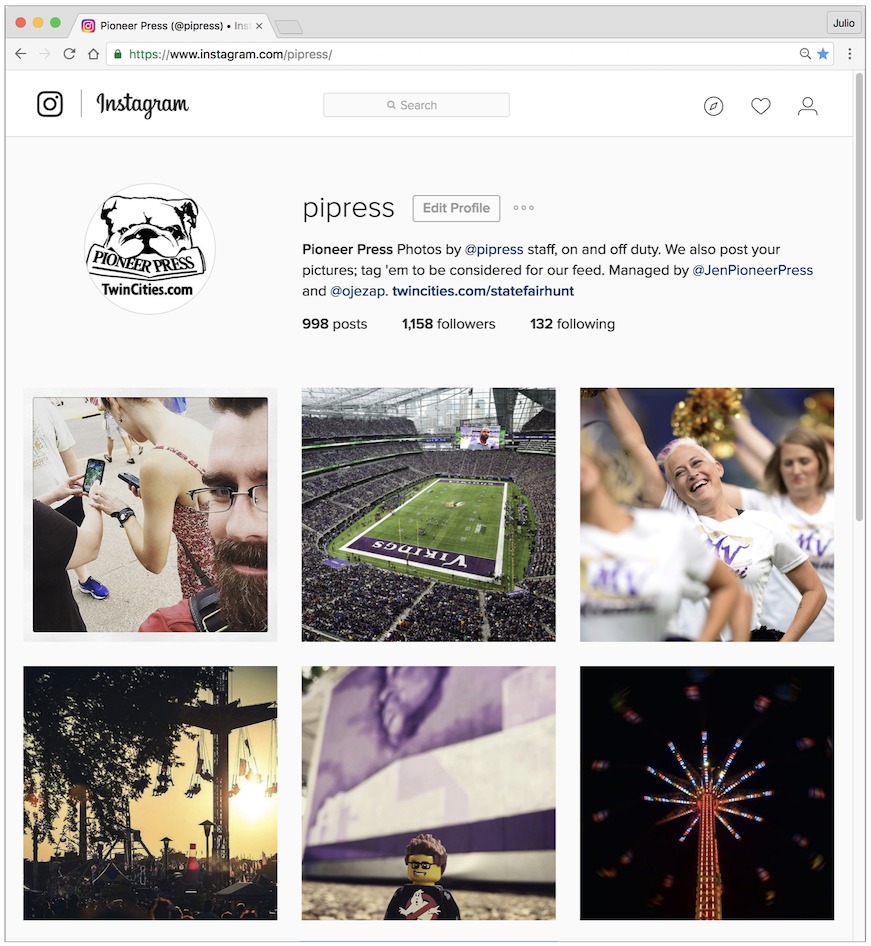 In this role, I took a closer look at Instagram activity in the St. Paul region and engaged in an exhaustive search for notable users with exceptional photo posts.

In doing so, I met users of all ages (including those like fiftysomething me). I even wrote a Pioneer Press story that profiled six local shutterbugs ranging in ages from 24 to 58. 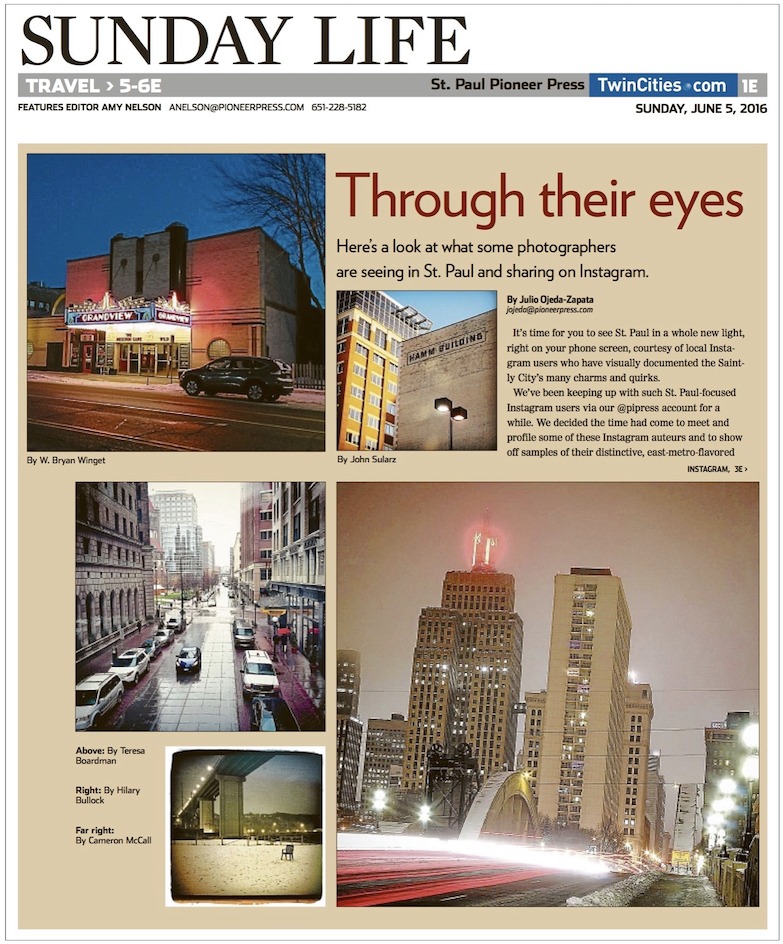 These users and I have since banded together into a loose user group we hope will continue to grow. We’re even planning some meetups at the Pioneer Press.

This has convinced me that Instagram is for everyone, or at least for anyone who takes iPhone photography seriously while possibly also craving another social outlet.

What Is Instagram? — For those who have only a cursory familiarity with Instagram, here is a quick primer.

Instead, uploaded shots appear within the Instagram app as a minimalist grid of squares (the shots themselves don’t have to be square).

Filters are Instagram’s other huge claim to fame — one that other photo services and apps such as Apple’s Photos have emulated. Instagram’s filter collection is one of the best around, enabling you to change the character of pictures and videos in dramatic ways. It also has other image-tweaking tools to make photos pop. 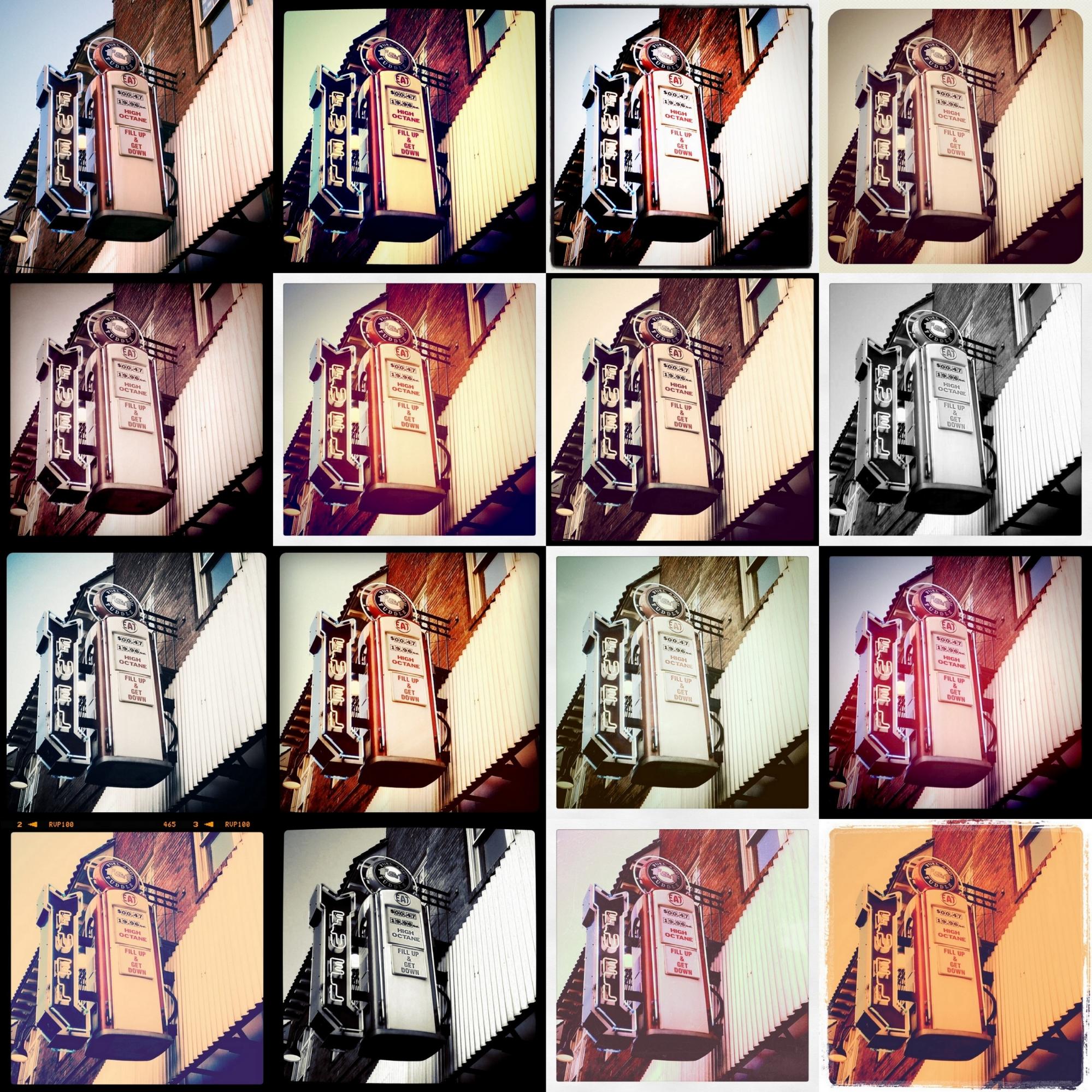 Instagram’s newest feature, Stories, lets users share the moments in their days with pictures and videos presented in slideshow form, and with the option to annotate imagery with text and drawings. The content vanishes after 24 hours — much like another social app called Snapchat — and does not appear in the main Instagram grid, instead appearing as an indicator on someone’s icon in a bar above your feed. 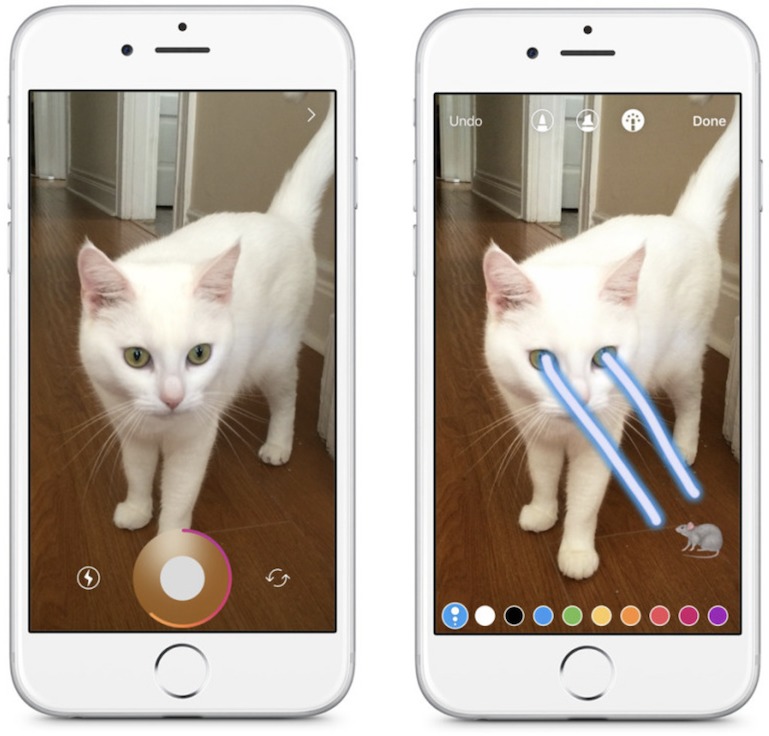 This video gives an overview of the new features coming to Instagram.

Everything I’ve described happens within Instagram’s iPhone app. You can also access Instagram on the Web, but in basic form with no image posting – just browsing, searching, commenting, and liking.

Did You Say “Mac”? — Apple users aren’t restricted to their iPhones when using Instagram. You can engage in a surprising amount of activity on your Mac too, which even includes posting pictures by way of third-party apps.

This fact makes Instagram a lot more interesting, since using it on an iPhone can be a pain. As someone who interacts with Instagram in a professional capacity, Mac access is a godsend for enhanced productivity.

There are quite a few Instagram-related offerings in the Mac App Store, but I’ve come to rely on a handful. They include:

Power Up on iPhone — Instagram users using the iPhone also recently gained the capability to post pictures from third-party apps with ease. Instagram made this possible with its new share sheet extension, a long-overdue feature. As a result, posting from Photos and scads of other apps now involves just a few taps.

There are limitations. Photos are posted as-is, and you cannot modify them during posting with Instagram’s filters and image-editing tools. As with the Mac uploaders, Instagram assumes you’ll tweak images using other photo-editing apps before uploading them.

Many such photo-editing apps exist, but I have come to rely on just a few to make my Instagram posts distinctive.

Embracing Instagram — Instagram has become a permanent part of my life. It’s consistently rewarding now that I am using it the right way – not just as a place to put an occasional photo, but also as a way to interact with real-world friends and relations. Like Facebook when it’s working well, Instagram supports community building.

And for those who are into iPhone photography or photography in general, Instagram also is a place to find stunning images posted by talented shooters and befriend like-minded shutterbugs.

So give Instagram a try. It’s free, easy, and you may be surprised how much you end up liking it.