Apple has made much of macOS 10.12 Sierra’s notable features, like Siri, Picture in Picture, and the capability to unlock your Mac with your Apple Watch. But our favorite new feature — automatic window alignment — wasn’t advertised by Apple at all, and it’s so subtle you may not even realize you’ve used it.

You move windows in Sierra just as you have since 1984, by clicking and dragging a window’s title bar (or status bar). In Sierra, however, if you slow down briefly when the edge of the window you’re dragging meets the edge of another window, the first window stops moving and aligns perfectly with the second window unless you force it past the edge. It doesn’t matter which sides you’re aligning.

This trick is particularly handy in the Finder, where you often want multiple windows open. But it should work with windows from any app, and even windows from different apps. That lets you simulate the side-by-side look of Split View without messing with full-screen mode.

The windows on my Mac have never been so neatly arranged! 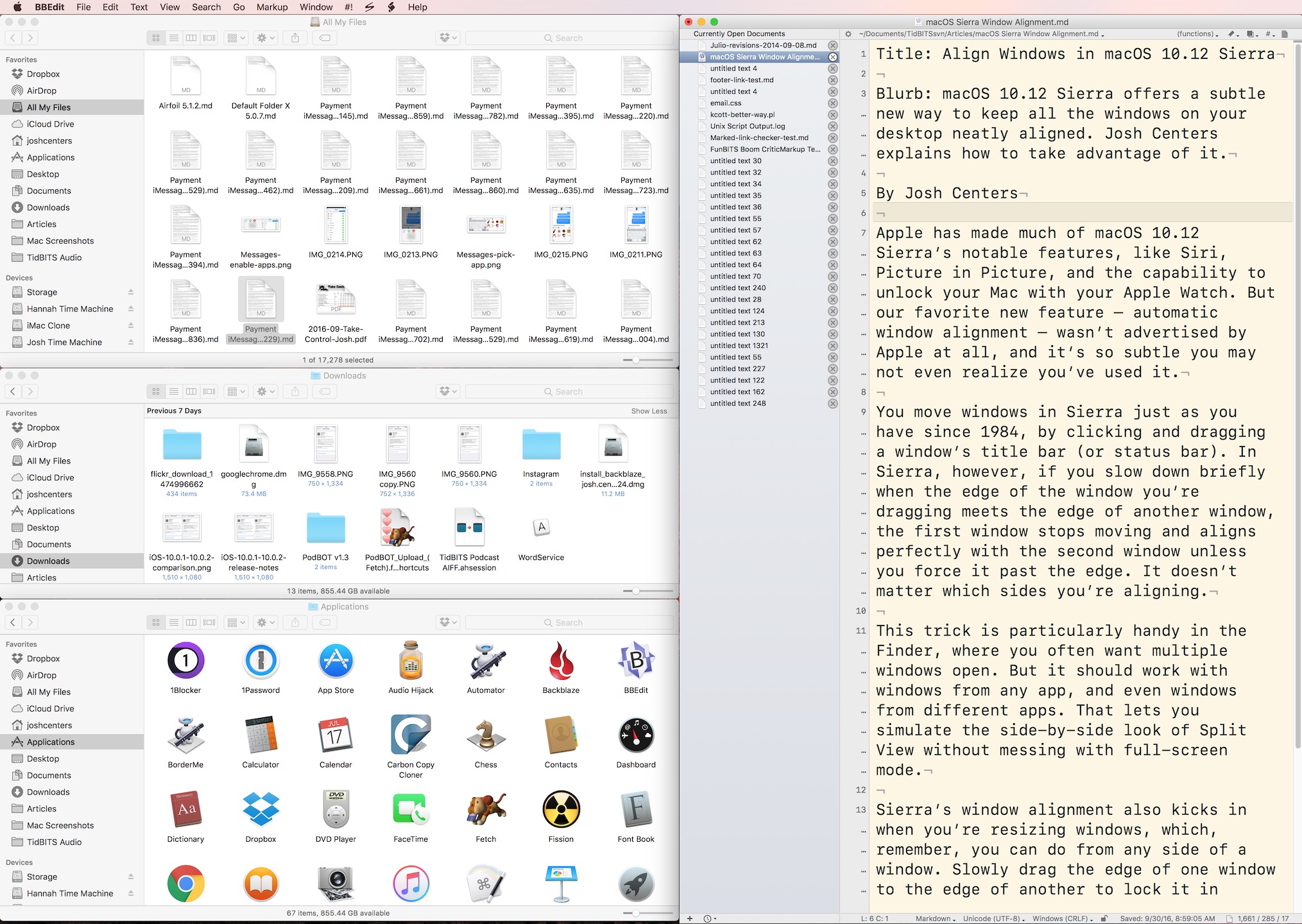 If you want to position your windows precisely without aligning them, you can bypass Sierra’s window alignment code by pressing and holding Option as you drag the window.