Although Apple has made much of the fact that macOS 10.12 Sierra includes the Siri voice-driven personal assistant technology, there is one glaring omission: the capability to hail Siri with just your voice. Instead, you must click Siri’s menu bar icon or Dock icon, or press its keyboard shortcut. 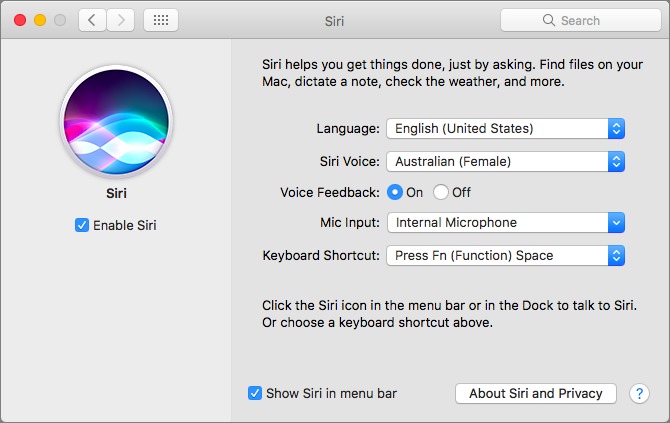 That shouldn’t be necessary: on recent iPhones and the 9.7-inch iPad Pro, and on the Apple Watch, you can just say “Hey Siri” to cause Siri to take notice of your next spoken command. (With older iOS devices, “Hey Siri” works only when the device is connected to power, rendering it significantly less useful. With the Apple TV, you must press and hold a button on the Siri Remote, which can be difficult to do in a dark room.)

Happily, there is a subtle trick you can use to simulate “Hey Siri” on a Mac running Sierra. I’ve based these instructions on the coverage of Siri in Scholle McFarland’s “Sierra: A Take Control Crash Course” book — it provides a slew of additional tips, tricks, and step-by-step illustrated instructions if you’re looking for more help with Siri or other new features in Sierra.

Scholle’s trick revolves around using a dictation feature to open Siri on your command. Follow these steps: 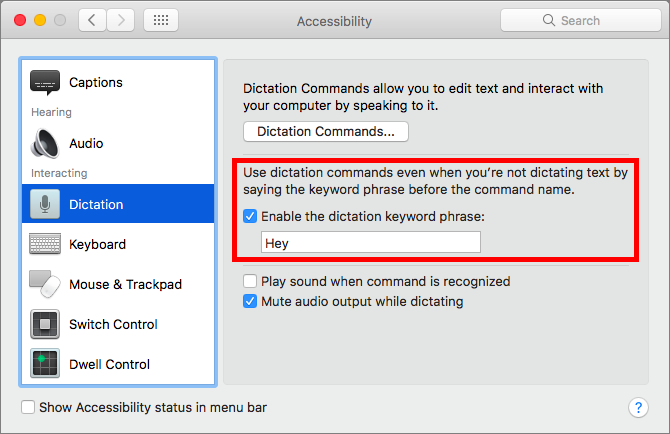 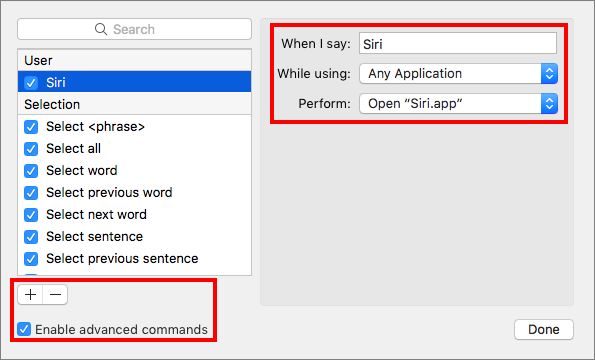 Try it out by saying “Hey Siri!” and your Mac should respond. There’s no option for training Siri to recognize your voice in Sierra, so you’ll need to practice a little to figure out how to speak so your Mac understands that you’re talking to it. In particular, pause for a beat after you say “Hey Siri” until your Mac beeps to indicate that it’s listening.

One problem with setting up “Hey Siri” as we’ve done here is that if your iPhone is in range, it will likely answer as well. Although Siri talking to Siri can be amusing, it will likely get on your nerves. To avoid this, you can change either the voice trigger for your Mac, in Step 3 above, or the name in the “When I say” field in Step 4.

Obviously, you can use whatever you like, but my recommendation is “Hey Mac.” Assuming that you’re using “Hey Siri” on your iPhone, iPad Pro, or Apple Watch already, keeping “Hey” as the trigger will make it easy to start issuing a voice command regardless of what device you’re using, and continuing to talk to “Mac” should be intuitive, given that you are talking to your Mac. “Hey Mac” is also short and easy to say, and it should be easily recognized. If your Mac doesn’t recognize you saying it, though, don’t hesitate to try other triggers or names. If you have more general trouble, make sure your microphone is selected in System Preferences > Sound > Input and restart your Mac to give it a clean slate.

Give this trick a try, and let us know in the comments how you’re using Siri on your Mac, and how that is similar to or different from how you use Siri on your other Apple devices.

Comments About How to Enable “Hey Siri” in macOS 10.12 Sierra