Apple has released the small iOS 10.0.3 update to address an issue where some iPhone 7 and 7 Plus users could temporarily lose cellular connectivity. You can install the roughly 75 MB update via Settings > General > Software Update or through iTunes. Owners of older iPhone models and other iOS devices won’t see the update. 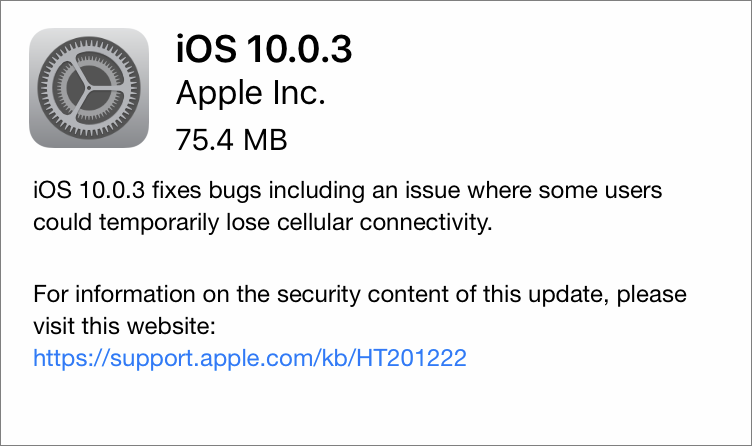 Business Insider reports that the iOS 10.0.3 update fixes cellular issues for Verizon customers, who saw their iPhone 7 phones get stuck on slow 3G speeds instead of LTE. That issue also reportedly affected GPS accuracy, so Verizon iPhone 7 users in particular should update right away.