The major addition in this update is the addition of Portrait mode in the Camera app for iPhone 7 Plus users. Portrait mode focuses on faces while blurring backgrounds to create a depth effect in photos. Glenn Fleishman took a deep dive into this feature in an iOS beta in “Behind the iPhone 7 Plus’s Portrait Mode” (24 September 2016). Although iOS 10.1 is now out for everyone, Apple is still labeling the Portrait mode feature as a beta.

iOS 10.1 includes a few fixes for Camera and Photos: People names are now included in iCloud backups, the display of wide color gamut photos has been improved in the grid views of the Photos app, a bug causing blurred or flashing screens when opening the Camera app has been fixed, and a bug that caused Photos to quit when turning on iCloud Photo Library has also been fixed.

Another notable change in iOS 10.1 is that you can now replay bubble and screen effects in Messages — tap Replay under a message to see the effect again. Note that Replay appears only on received messages, not messages you sent with an effect. 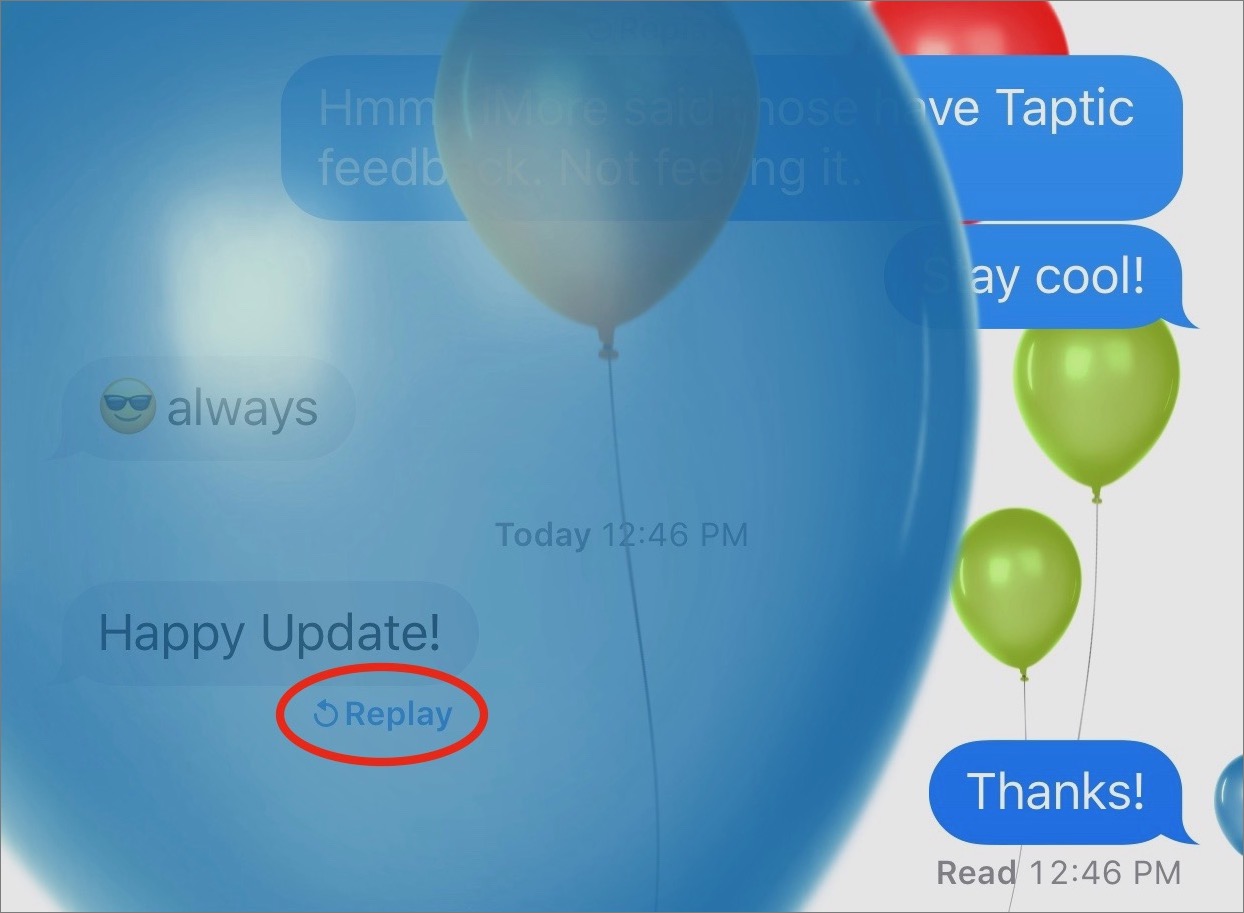 In iOS 10.1, Messages effects play even if you have Reduce Motion enabled, which could cause some people discomfort. The update also fixes issues that could lead to incorrect display of contact names, blank white screens, missing Report Junk options, and video messages with missing audio.

Apple Watch owners see some changes in iOS 10.1 too. Apple added Distance and Average Pace to the workout summaries in the Activity app for wheelchair-based workouts. The update also fixes bugs that:

iOS 10.1 features a number of miscellaneous updates, including improved Bluetooth connectivity, better AirPlay Mirroring performance, improved sharing from Safari to Messages, fixes for Mail formatting (we hope this fixes a few recent quirks with emailed TidBITS articles), a fix for Today View widgets not loading when launched, a fix for alarms that wouldn’t go off, and a resolution for a bug that prevented restoring from iCloud backups. See the release notes for a full list.

Last, but far from least, iOS 10.1 includes 12 security fixes for a variety of vulnerabilities.