Here’s a common problem: you’re doing stuff around the house and want to listen to music from your iPhone. There are numerous ways to do that, but many of the obvious ones have downsides. You could:

Happily, there’s a simpler, cheaper solution for casual listening, one that requires no electricity and looks good in your home or office. Enter the Mangobeat, the brainchild of Germain Ekamby in Alpharetta, Georgia.

The Mangobeat is an all-natural, wooden amplifier for your iPhone. It’s carved from Thai mango wood grown in sustainably managed forests, thus the name.

Simply set your phone down in its leather slot and the Mangobeat’s horn-like shape does the rest. Don’t worry about the Mangobeat rolling off your counter, because it has flat spots milled on the bottom to prevent that. It’s that simple, and it works great. The slot holds iPhones of any size, even my beefy iPhone 7 Plus in Apple’s leather case. 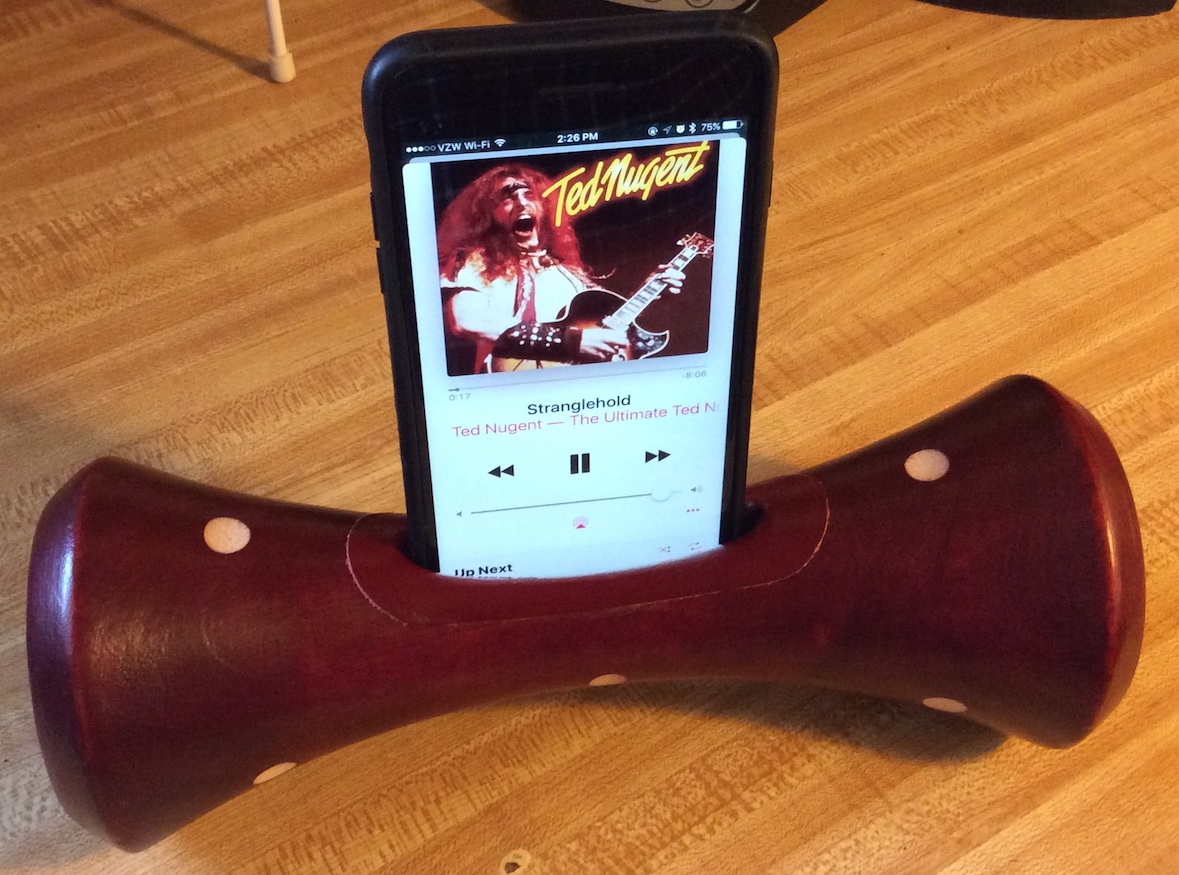 I showed off the Mangobeat on a recent MacJury holiday gift guide episode.

Mangobeat won’t compete with a high-quality powered speaker, but the improvement in volume and clarity over the phone’s unassisted speaker is clear. Better yet, it’s a durable conversation piece that’s always available. You never have to worry about whether the batteries are charged, if a cable is handy, or if your network will flake out. I’d say that it’s plug-and-play, but you don’t have to plug anything into anything else.

I purchased my Mangobeat directly from Germain Ekamby at the Gatlinburg Craftsmen’s Fair a few months ago, and it has been a constant companion in our kitchen ever since (you can order yours through Etsy). It’s extremely durable and has withstood all the abuse our three-year-old has thrown at it, without even a scratch.

The Mangobeat comes in a variety of colors and designs, and costs just $35.99. Whether you’re looking for a way to improve ad hoc iPhone listening or are searching for an affordable and unusual gift that won’t suffer from any compatibility issues, the Mangobeat is worth a look.