Apple has released tvOS 10.1, which introduces the new TV app, but only for U.S. users (see “Apple’s TV App Seeks to Unify the Apple TV Experience,” 27 October 2016). You can update your fourth-generation Apple TV by going to Settings > System > Software Updates.

After the update, you’ll notice a new app on your Home screen: TV, which Apple intends as a central place to view content from a variety of sources. You might also notice that the Home button on your Siri Remote now behaves differently. One press takes you to the Up Next screen of the TV app. A second press returns you to the Home screen. You can change this behavior in Settings > Remotes and Devices by toggling the Home Button switch. Or, keep the Home button (whose icon does look like a TV) as the new TV button and get used to long pressing the Menu button to return to the Home screen.

When you first open the TV app, it displays the Watch Now screen, where you’re prompted to connect compatible apps, if you have any installed. Click Connect Apps and follow the prompts to do so. The apps that I had installed that work with TV are CBS, CW Seed, FXNOW, HBO NOW, Hulu, and The CW. Unfortunately, Netflix doesn’t yet work with TV, which will prevent many Apple TV users from using the TV app as much or at all. 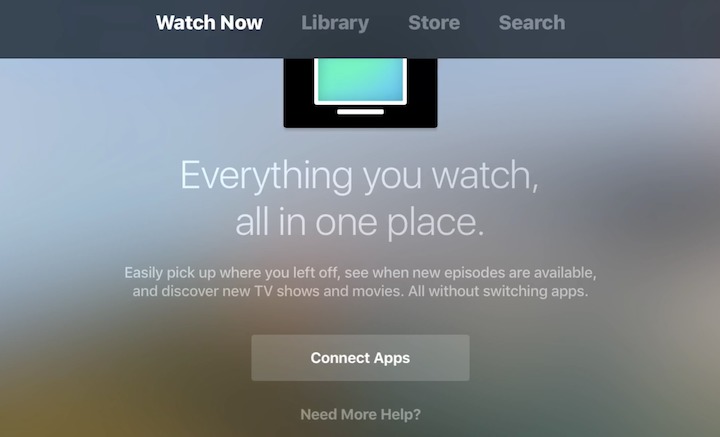 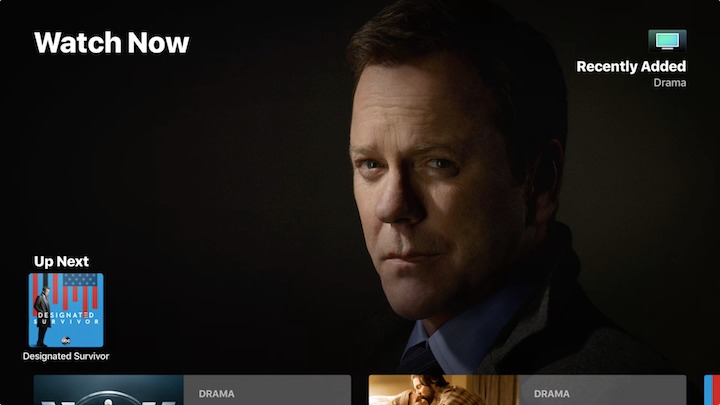 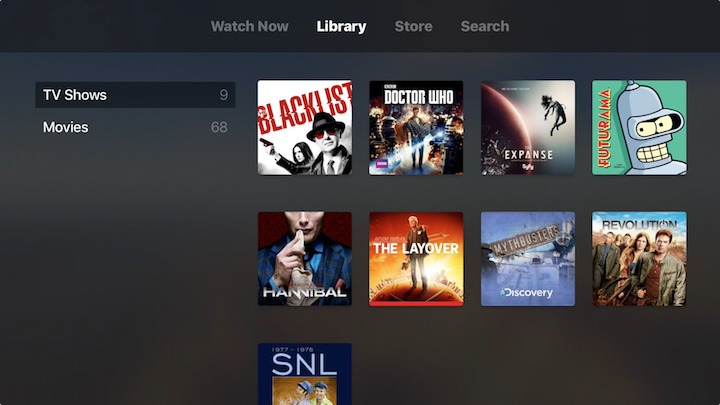 The lynchpin of the TV app is the Up Next list, which contains the movies and shows you want to watch. To add an item to Up Next, open its listing, and click Up Next. Your Up Next list appears at the top of the Watch Now screen, and you can also access it from the TV app billboard on the Apple TV’s Home screen. 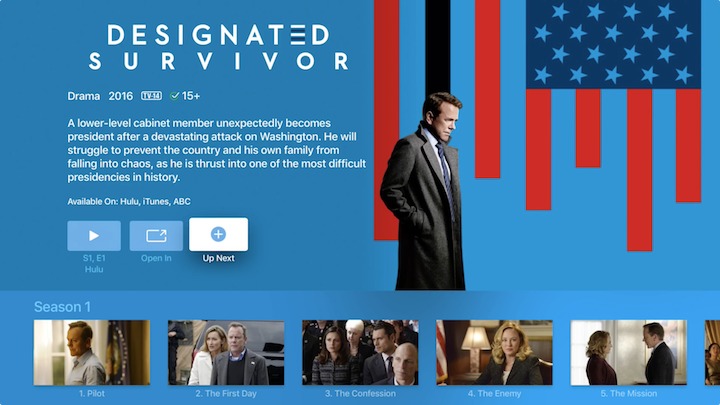 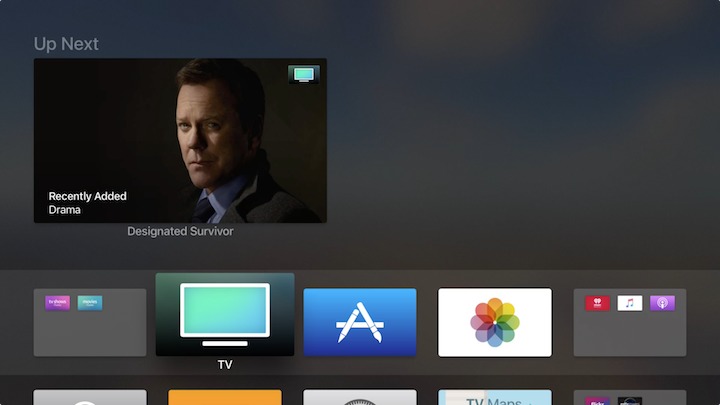 As with Siri search results, you can watch the program in the app of your choice — for instance, I can watch “Designated Survivor” via ABC, Hulu, or iTunes.

Another new feature in tvOS predates tvOS 10.1 slightly. Single Sign-on, which was promised for tvOS 10, went online a few days ago. The premise is simple: activate a TV subscription through one provider, like Dish, and all compatible apps can now be activated with a simple click instead of a tedious authentication process. To do that, go to Settings > Accounts > TV Provider > Sign In.

Unfortunately, Single Sign-on supports only a handful of TV providers, including DirecTV, Dish, Hawaiian Telcom, and Sling TV. However, if both your TV provider and the relevant app support Single Sign-on, activating an app is as easy as clicking OK when prompted.

With these updates, it’s time once again to update “Take Control of Apple TV,” your ultimate guide to all things Apple TV. You can expect that update, which will be free for existing owners, in a few days.