Apple is closing out the year with updates to most of its operating systems, and the least significant is undoubtedly watchOS 3.1.1, which lists just seven bug fixes in its release notes. The update resolves problems with: 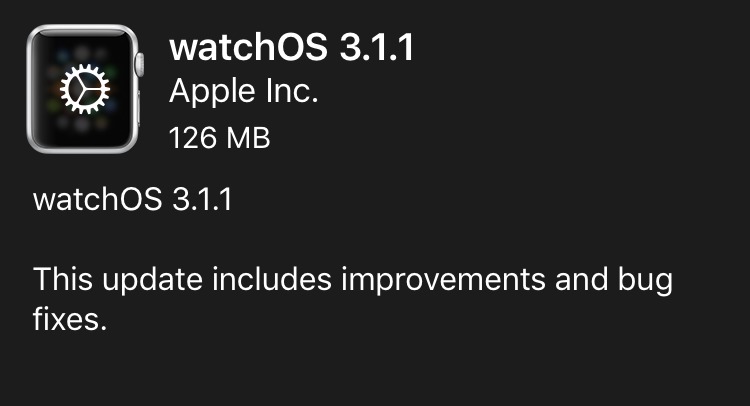 The update, which you find in Watch > General > Software Update on your iPhone, is a 126 MB (original) or 131 MB (Series 2) download. Remember that upgrading requires your Apple Watch to be in range of your Wi-Fi–connected iPhone, connected to its charger, and charged to at least 50 percent. The update will likely take longer than you expect, so allot at least an hour.

Comments About watchOS 3.1.1 Fixes a Handful of Bugs