Apple has released macOS 10.12.2 Sierra, which brings a few small new features and a solid set of bug fixes, some of which improve Sierra’s behavior on the recently released MacBook Pro with Touch Bar. You can get the 1.2 GB update most easily via Software Update. Alternatively, you can instead download a delta updater (for 10.12.1, 1.94 GB) or combo updater (from any version of 10.12, 2.05 GB).

If you own one of the new MacBook Pro laptops, it’s probably better to update sooner than later, but for everyone else, we recommend waiting at least a few days to see if there are any unanticipated problems with the new version.

The macOS 10.12.2 update features a number of changes aimed squarely at the new MacBook Pro, including the addition of a Chinese Trackpad Handwriting button to the Touch Bar, support for taking screenshots of the Touch Bar, fixes for various graphical issues and System Integrity Protection, and a fix for a bug that caused the Touch Bar emoji picker to appear on the primary display.

To take a screenshot of the Touch Bar, press Command-Shift-6 — the screenshot will appear on your Desktop. You can also use the updated Grab utility to take a timed screenshot by choosing Capture > Timed Touch Bar (Command-Shift-T). 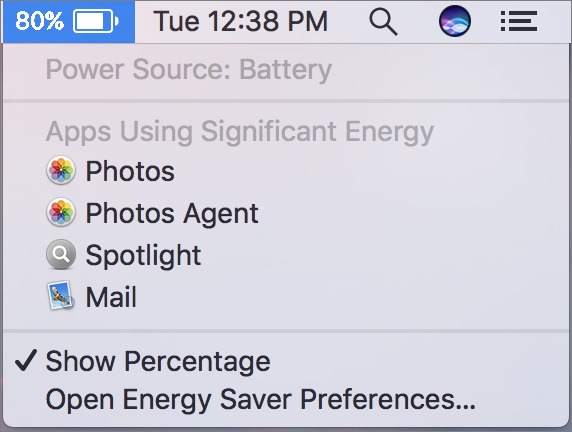 Conspicuously absent from Apple’s release notes is any mention of the problems plaguing the new MacBook Pros when copying large quantities of data over USB connections (“Some 2016 MacBook Pros Suffering USB Drive Problems,” 5 December 2016). However, in the reader discussions on that article, it came out that Apple was trying to address the problem in the betas of 10.12.2. We haven’t yet been able to confirm that the release version of
10.12.2 includes a fix, but if you’ve been experiencing issues with Time Machine or when trying to back up with apps like SuperDuper and Carbon Copy Cloner, give 10.12.2 a try right away.

macOS 10.12.2 also adds a number of fixes for enterprise users: