I’m continuing to seek out the most interesting products from CES to share with you, and those mentioned in this article come from the PEPCOM Digital Experience, the second of three media-focused events. You’ll see a few ? icons in the entries below to indicate that I was given something of value by the exhibitor, usually the item I’m describing. I won’t mention every T-shirt, but I think it’s important to note if I’m walking away with anything substantial.

Anker PowerCore II 20000 — Anker’s new PowerCore II 20000 external battery ? is worth noting because instead of a single power input, you can charge it with two micro-USB inputs from dual wall sockets simultaneously, enabling you to charge the battery twice as fast. It sports a 20,000 mAh battery that’s reportedly good for seven iPhone 7 charges, but it’s not especially Mac or iPhone specific, with three USB-A ports and Qualcomm QuickCharge technology that’s wasted on iPhones. Anker does include, though, smart sensing technology that charges any device at the fastest possible speed. It’s available now for
$44 from Amazon.

Decibullz Bluetooth Headset — I’ve seen a few headsets with custom-molded earpieces here, but Decibullz ? is notable for being available now and for its current sale price point of $39 for a wired headset and $119 for Bluetooth wireless. Heat up the removable eartips in a cup of hot water and then place them in your ears while they’re still warm; they’ll mold to make a tight fit. If you need to redo the fit, just repeat with another cup of eartip tea. I was a bit underwhelmed by their loudness during a test run, but I was in a loud environment and I need to re-mold the eartips again. 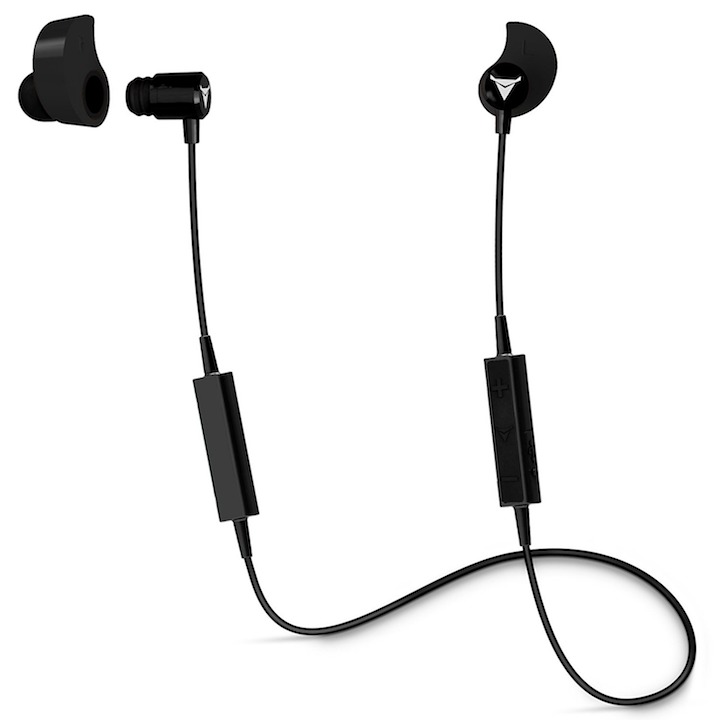 Cotral InspEar Active Earbuds — The InspEar earbuds sit at the other end of the spectrum from the Decibullz headset. To give you complete control over your sound environment, InspEar promises to connect to multiple devices simultaneously and provide noise reduction, physical 30 dB sound protection, and internal microphones. Bring up ambient sound and lower background noise, or use them with any particular device you’ve synced to them, and control it all with internal voice recognition to switch between modes. These pricey earbuds are set to cost $700 and won’t be available until late 2017. You’ll have to watch for more news — Cotral doesn’t currently provide any more information on its Web site.

Sen.se Peanut Sensor Tags — Sen.se has been at the show before with their cute Peanut ? Bluetooth tags, each of which has different capabilities. I was given a Guard Peanut, which attaches to any item you care about and lets you know if it’s moved, with both an audible alarm and a notification to your phone. The upcoming Med Peanut attaches to a pill bottle and senses when meds have been taken (or missed), creating a compliance record that you can review on your phone and automatically share with your doctor. Both cost $29; the Guard is available now, and the Med is due in April 2017. 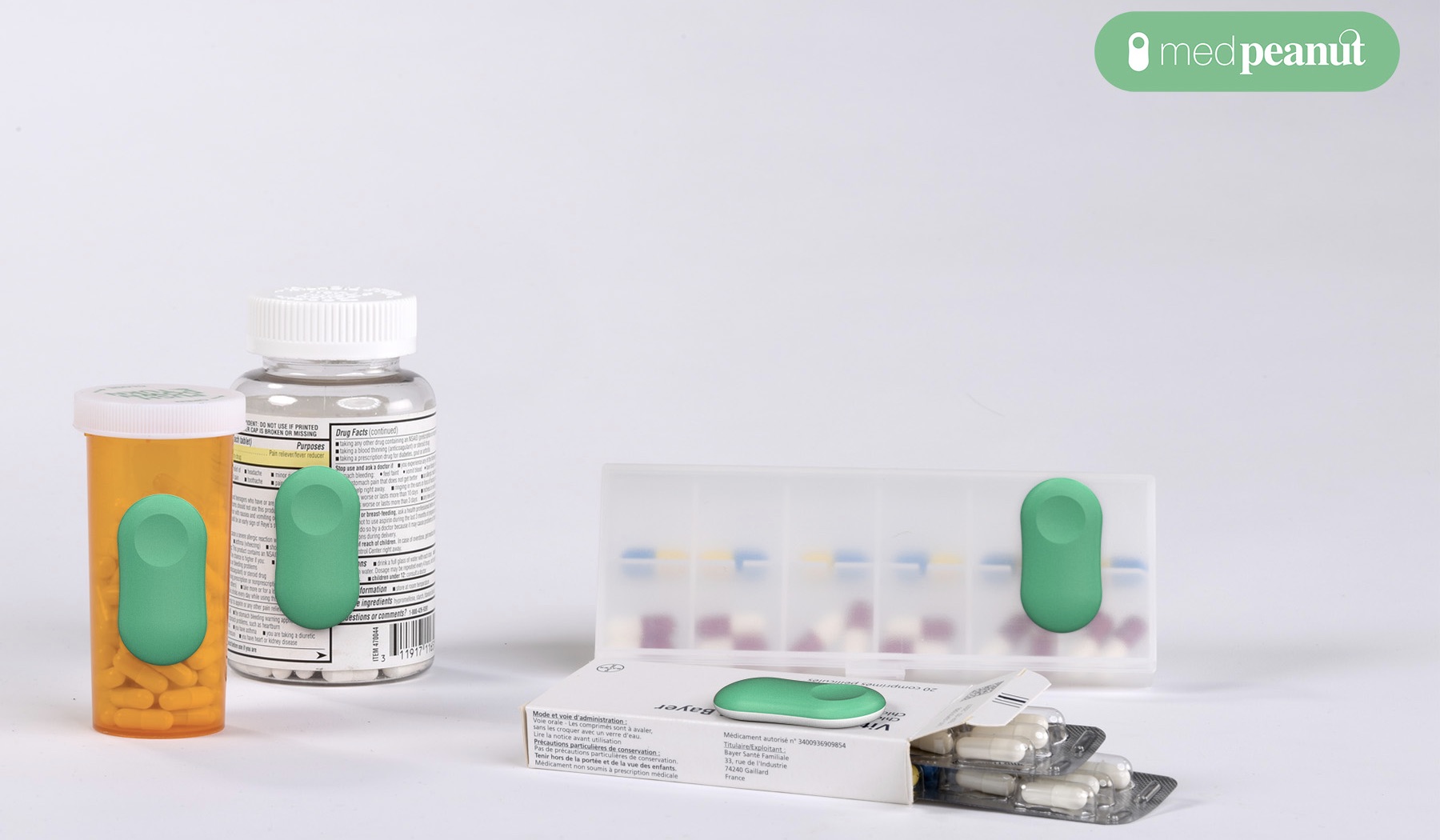 Griffin Reserve — Griffin’s Reserve iPhone 7 case may not be notable for its 3000 mAh battery, but you might like that it includes a 3.5mm headphone jack. In case you’ve been missing one. Look for it in the second quarter of 2017 for $99. 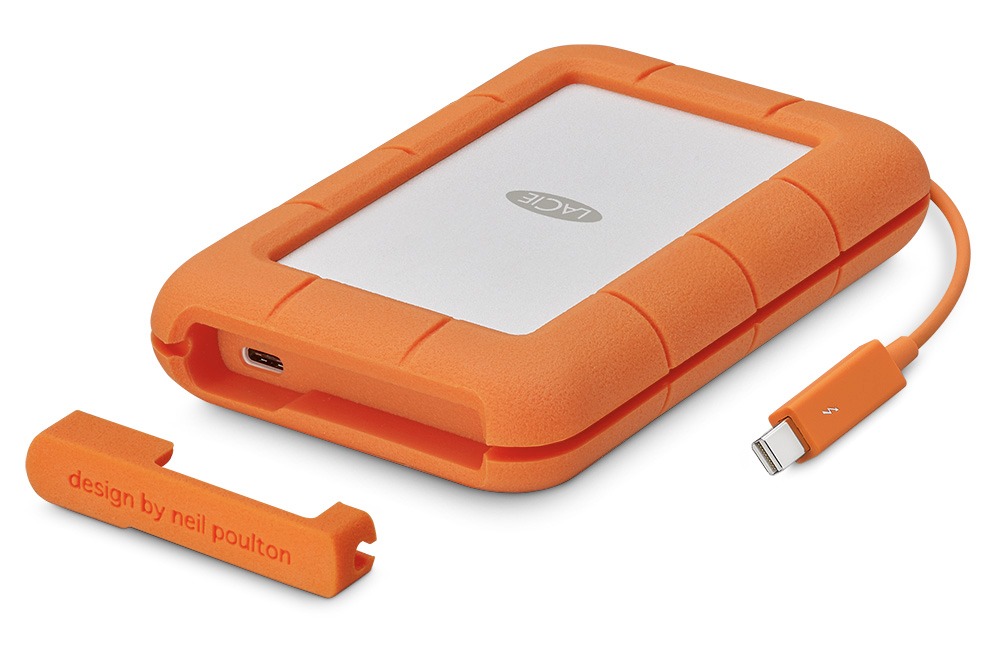 ThinOPTICS — If you regularly find yourself having trouble deciphering a menu because you forgot your reading glasses, you might be intrigued by the tiny folding size of ThinOPTICS reading glasses ?. They achieve their small size by eschewing earpieces; you wear them by attaching them to your nose. An unbreakable rubber bridge between the lenses doubles as the nose clamp. The bridge is also where the glasses bend when you put them into either a keychain case or a “pod” designed to be attached to the back of your phone case. They’re available now from ThinOPTICS or Amazon for $20–$30 in various strengths. 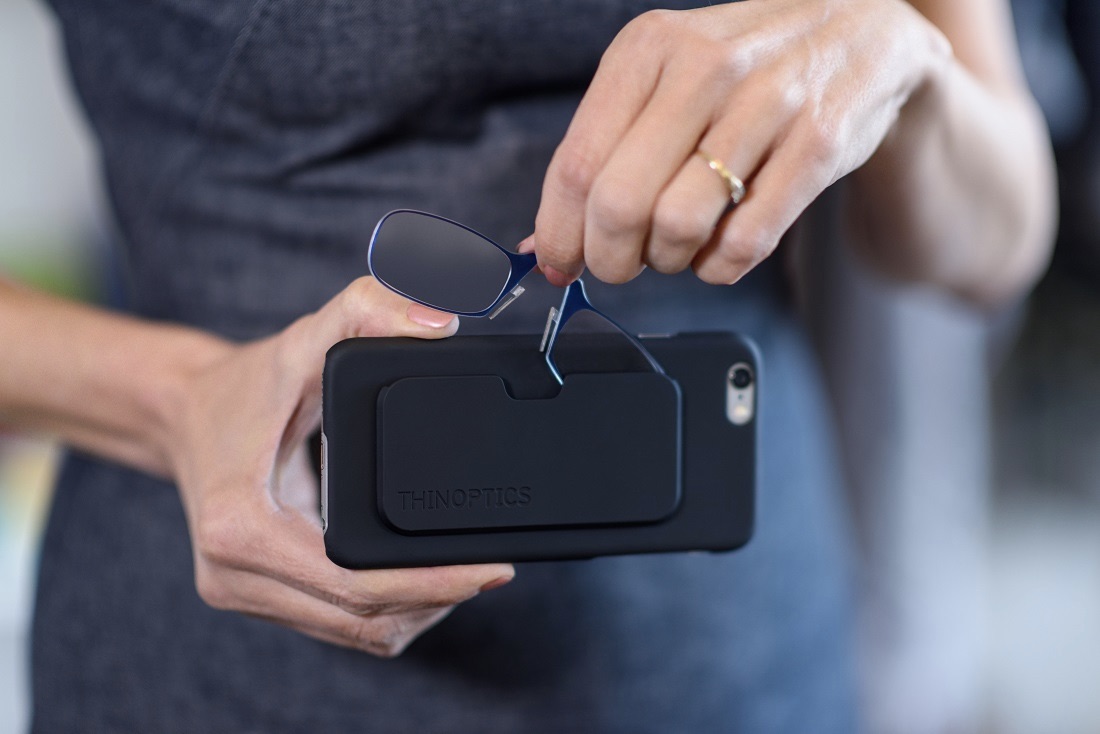 NeoNode AirBar — Apple says we don’t need a touchscreen on a Mac laptop, but if you’ve found yourself trying to tap your MacBook Air’s screen to dismiss a dialog or the like, you’ll have the chance to see if Apple is right or not. The jaw-dropping NeoNode AirBar connects to a 13-inch MacBook Air’s USB port and rests at the base of the screen where it meets the keyboard. Somehow, this turns the entire display into a touchscreen; NeoNode demoed a live MacBook Air accepting touch input and said there was no custom software on the Mac enabling it. Apparently it’s done by emulating custom mouse functionality. The AirBar is slated to ship in March 2017 for $99; you can pre-order now. 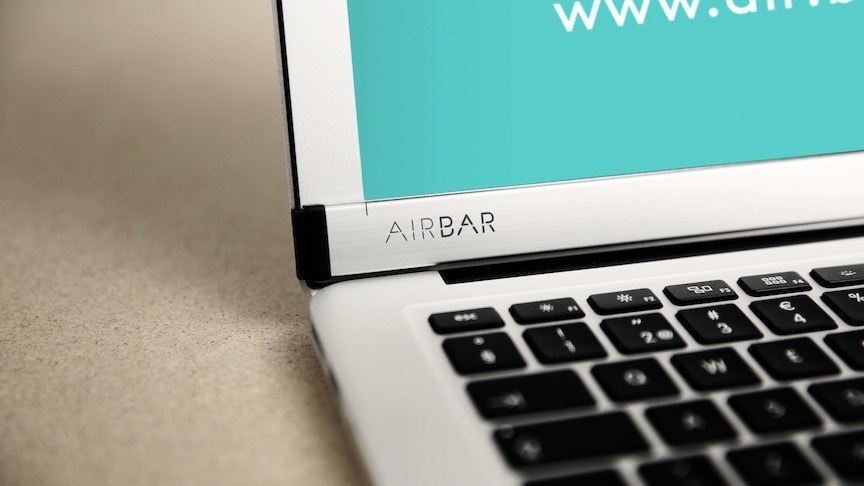 Ahkeo Freedom Bike — I like the concept of the Freedom Bike, which turns a stationary bicycle with rowing attachments into a human-powered generator. Various power and USB ports on the bike allow you to connect your gadgets to it directly or recharge the included battery for power afterwards. Ahkeo is working on making agreements whereby you can sell the power you generate back to the grid or donate its value to charity, although that will probably depend on where you live. Ahkeo isn’t sure whether it will produce the Freedom Bike itself or license the technology elsewhere, but it’s hoping for a release in six months;
the show floor had an early prototype.

Setapp — MacPaw’s Setapp service is going public in late January 2017, and Mac users might want to take notice. Promising to be a “Netflix for Mac apps,” a $10-per-month subscription fee gives you complete access to every app in the Setapp library, which will launch with 56 well-known Mac apps. Setapp is in private beta now — TidBITS Publisher Adam Engst has been testing it and will write more once it’s available. MacPaw is hoping for a virtuous cycle with Setapp: the more subscribers it gets, the more developers MacPaw can attract, leading to more apps in the library and enticing even more subscribers.

AmpMe for iOS and Android — Sometimes you see something that impresses you with its technical brilliance while leaving you wondering when it would be useful. Such is the case with the free AmpMe app for iPhone and Android, which simultaneously syncs an unlimited number of smartphones and their connected Bluetooth speakers through a proprietary database that calculates latency time across all these devices to make sure that whatever is playing syncs perfectly. So if you have a dozen friends with phones and individually mediocre Bluetooth portable players, you could use
AmpMe put together a pretty loud party or set up a synced music platform across multiple rooms. Or something like that.

HelloMind for iOS — I’m extremely skeptical of the many hardware and software releases at CES that promise to “train your brain” (frequently with some sort of electrically inductive headset), but HelloMind’s hypnotherapy app ? at least has the advantage of a free trial. Download the free app from the App Store, and you can try out the two included hypnotherapy sessions to see if you think it’s useful or poppycock. If it works for you, the app offers a menu of over 200 other in-app purchases promising to eliminate bad habits or reinforce good ones.

Pinn — I suspect the Pinn ? has a smallish target market, but it might be useful for some. The Pinn is essentially a clip-on accessory that lets you use your iPhone remotely when it’s otherwise inaccessible: buried in a handbag or backpack, or when you’re biking, running, or engaged in some other activity where phone use is unwise. Its LCD readout shows you notifications and incoming calls, a removable earbud allows you to take calls or listen to music one-handed, and a microphone allows for voice control back to your phone. Hmm, sounds a lot like an Apple Watch! The Pinn will be available in February 2017, and you can pre-order
one now for $99 to save $100 off the retail price of $199. 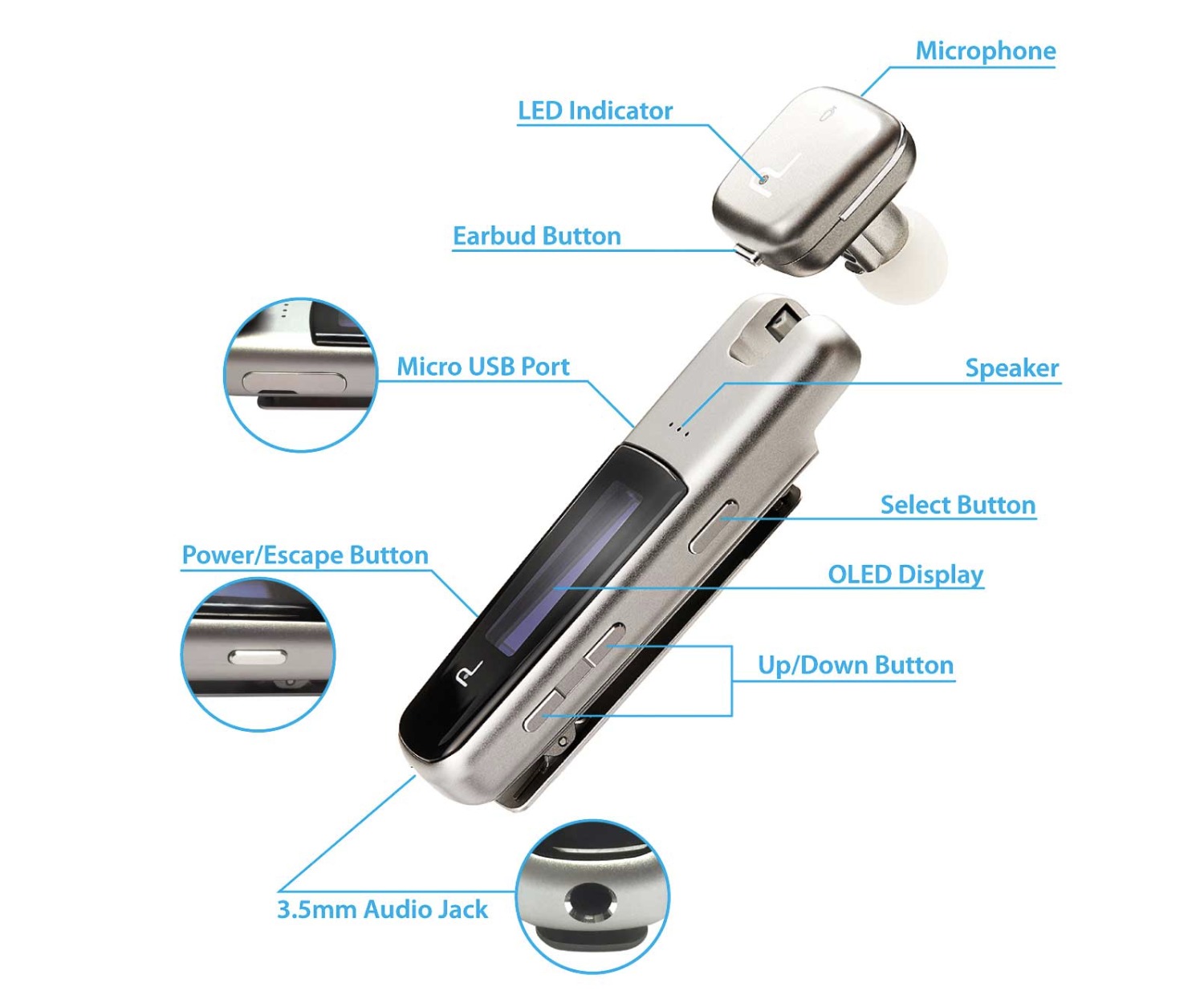 Notion.ai — In the category of “it demoed well, but I haven’t had time to try it” is the free Notion email client for iOS and Android, which does a deep dive into any Gmail, Office 365, or IMAP email account and provides sophisticated analytics about the conversations you’re in, as well as inductive guessing about which email messages you’re likely to care about. For example, it can highlight a conversation where you’re waiting for a reply or let you know that a particular person has historically replied to you within four hours. Whether it can live up to
its promise of making your inbox conquerable is another question, but I liked what I saw and will probably give it a spin.

Olloclip Lens Sets — If your iPhone camera doesn’t quite have the lens power you want, Olloclip released three different lens clip sets you can attach to an iPhone 7 or 7 Plus. The Core set includes a Fisheye, Super-Wide, and Macro lens; the Active set has a Telephoto and Ultra-Wide lens, and the Macro set has macro lenses in three different magnifications. Prices range from $80 to $120 and they’re available now. Olloclip was also showing the $50
Pivot, which houses your entire iPhone horizontally in a rotating grip with passive image stabilization. 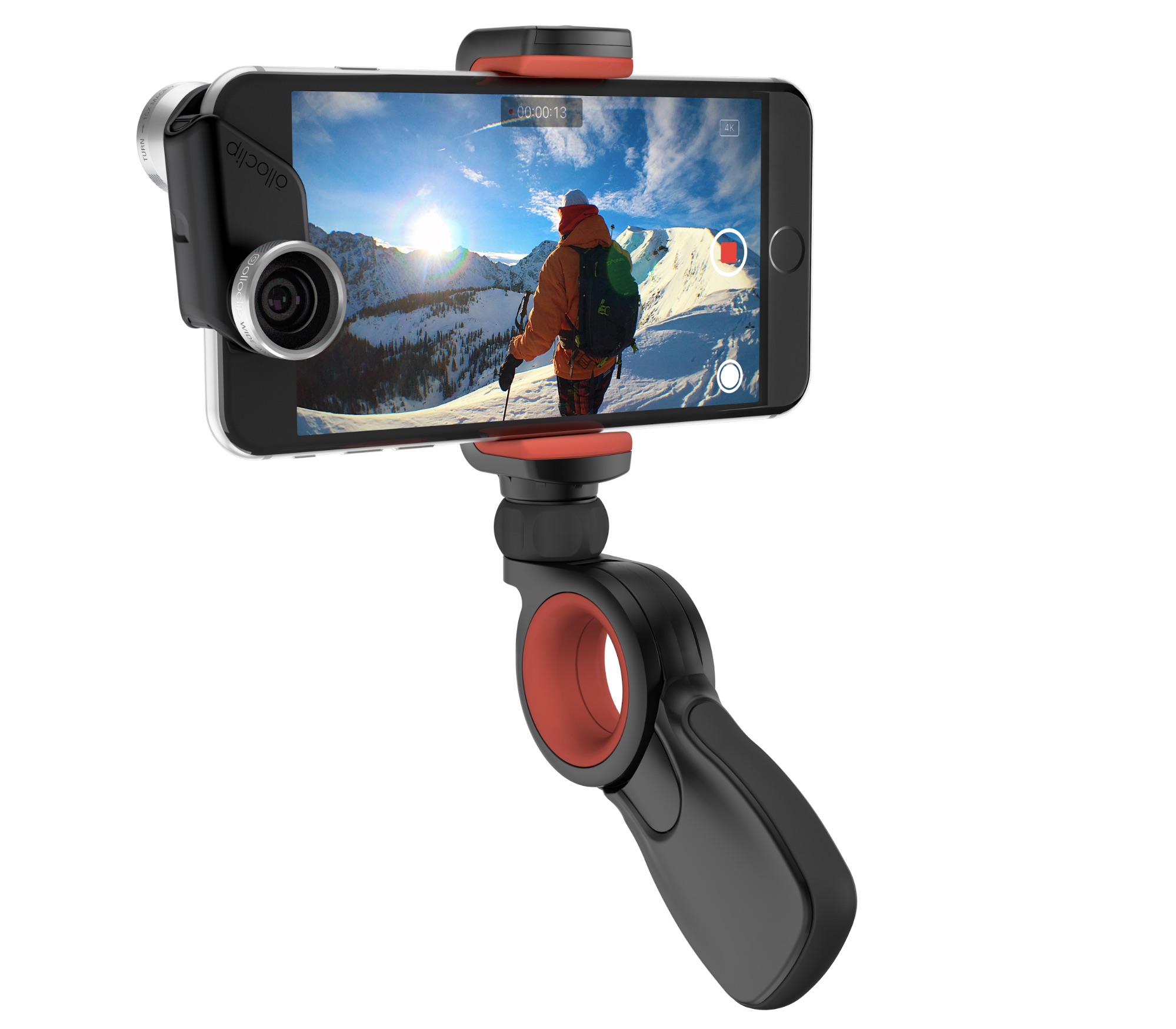 Comments About CES 2017: Gizmos from the PEPCOM Digital Experience