AppleInsider caused a bit of a stir when it reported that the TV app for iOS and tvOS now supports playing Netflix content. As you may recall, Netflix hasn’t yet agreed to integrate with the TV app (see “tvOS 10.1 Unifies the Apple TV Experience with “TV” App,” 12 December 2016). However, the AppleInsider report is correct that you can indeed find and stream Netflix content from the TV app. But TechCrunch’s Matthew Panzarino correctly pointed out that such functionality has been there
from the launch of the TV app
.

So what’s the deal? Netflix doesn’t work with TV, but it also does work? It’s a bit like the famous Schrödinger’s cat thought experiment, in which a cat in a box is simultaneously alive and dead. But unlike quantum mechanics, there’s a simple answer to this conundrum.

From the launch of the fourth-generation Apple TV, tvOS search results have presented multiple ways to view content, assuming the content provider has integrated with Apple’s search engine. Netflix was an early partner in this, so if you searched for, say, “The Walking Dead,” the content listing would give options to watch the show in AMC, iTunes, or Netflix. 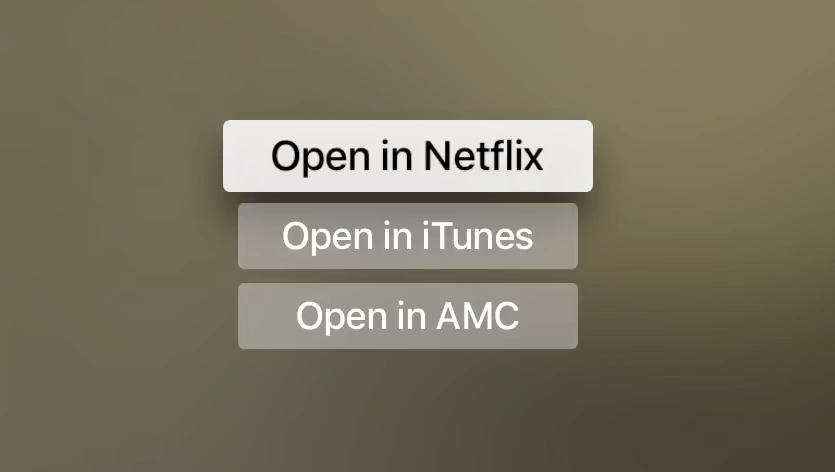 That data has been available to Apple since tvOS’s launch, and it has grown as Apple has added additional partners. The TV app is primarily a new graphical front end for this data, but content providers have to sign on for the new functionality the TV app offers, such as:

That’s the stuff Netflix hasn’t agreed to. Why not is anyone’s guess, but I suspect it involves fears of watering down the Netflix brand. I’ve heard speculation that it’s due to data collection, but that doesn’t make much sense since the TV app opens content inside the content provider’s app, which could collect whatever data was desired. I think it’s more likely that Netflix doesn’t want to be just another player in an interface that blurs the lines between content providers.

But if I search inside the TV app for the Netflix-only “Stranger Things,” it not only offers the show, but also lists episodes and lets me play them in Netflix in a single tap. That’s because TV is drawing upon that search functionality that’s been there from the beginning. Netflix is fine with you using Siri to find Netflix content but wants you to browse inside its own app. 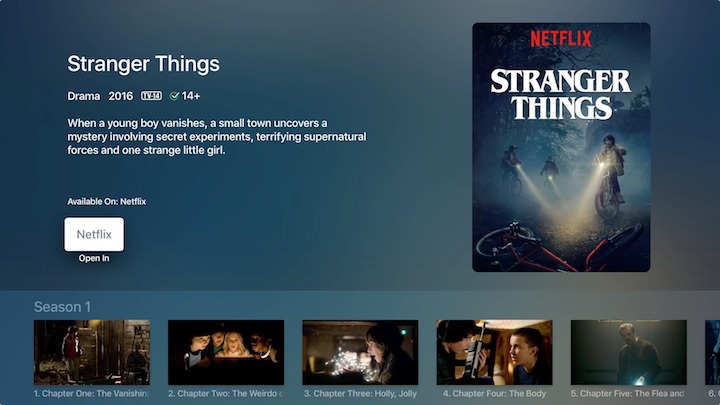 However, that search also now works in iOS. Why? Because when the TV app debuted in iOS 10.2, Apple integrated iOS’s Siri search data with tvOS’s Siri data. In iOS 10.1, if you asked Siri to show you James Bond movies, it would show a random assortment of movies. Perform the same Siri search in iOS 10.2, and it works just as it does in tvOS. 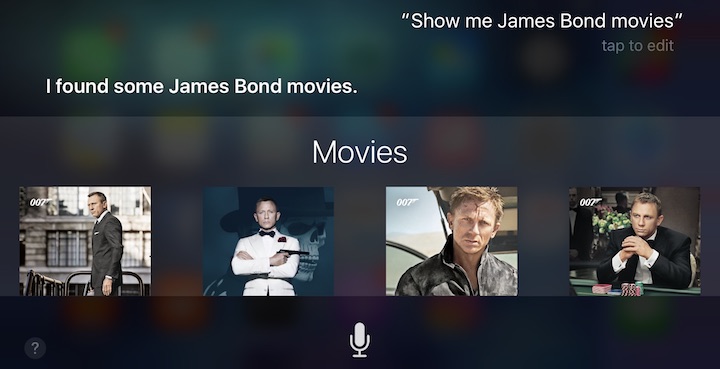 This confusion illustrates just how tricky content deals can be. Since the Siri Remote’s Home button features the same icon as the TV app, it’s reasonable to assume that Apple planned the TV app to be the original front end for tvOS. But Apple probably hit a snag in negotiations and had to scrap those plans in order to launch. In the meantime, Apple used the Siri search functionality as a way to aggregate content until it could work out enough deals to make the TV app useful. When Apple had enough partners on board for
the TV interface, the company decided to launch, even if Netflix wasn’t on board.

In the meantime, “Take Control of Apple TV” should help you resolve any other conundrums you discover in the tvOS interface.

Comments About Clearing up Confusion about Netflix and the TV App