I was playing around on my iPhone the other day and happened to use 3D Touch on the icon for the Google Chrome Web browser. Imagine my surprise when one of the “quick actions” that Chrome presented was Scan QR Code. And indeed, tapping it brought up a QR code scanning screen. It turns out that QR code and barcode scanning are new to version 56 of Chrome for iOS, which Google updated on 1 February 2017.

For those who aren’t aware, a QR code uses regions of rectangles within a square to encode data, most commonly a URL to a Web page. QR codes are used in advertising, publishing, product tracking, and other fields where it’s helpful to have a graphical element stand in for a URL that would likely be impossible to remember or difficult to type, as I’ve done in the TCN screenshot below. QR codes are also used to seed two-factor authentication systems (see “Authy Protects Your Two-Factor Authentication Tokens,” 6 November 2014), and some companies even use the technology in payment systems — see “Walmart Pay Is Better Than You Might
Expect
,” 18 July 2016. Various apps and Web sites can create QR codes for you, and any designer using Adobe InDesign can insert one into a document merely by choosing Object > Generate QR Code.

Although QR codes have been around since 1994 and in common use since 2009, they’ve never really taken off. That’s likely because Apple never built a general-purpose QR code scanner into the iPhone’s Camera app. (The Wallet app can scan QR codes, but it only understands QR codes associated with Wallet passes.) Glenn Fleishman bemoaned this lack almost five years ago in “Apple Could Make QR Codes Work with a Simple Tweak” (2 July 2012).

With Chrome, scanning a QR code is easy, but you likely wouldn’t figure it out on your own because there is absolutely no indication of the feature within the app itself. Instead, you must either 3D Touch the app (if you have a compatible iPhone) and then tap Scan QR Code or search in Spotlight on “QR” and then tap a Scan QR Code search result. 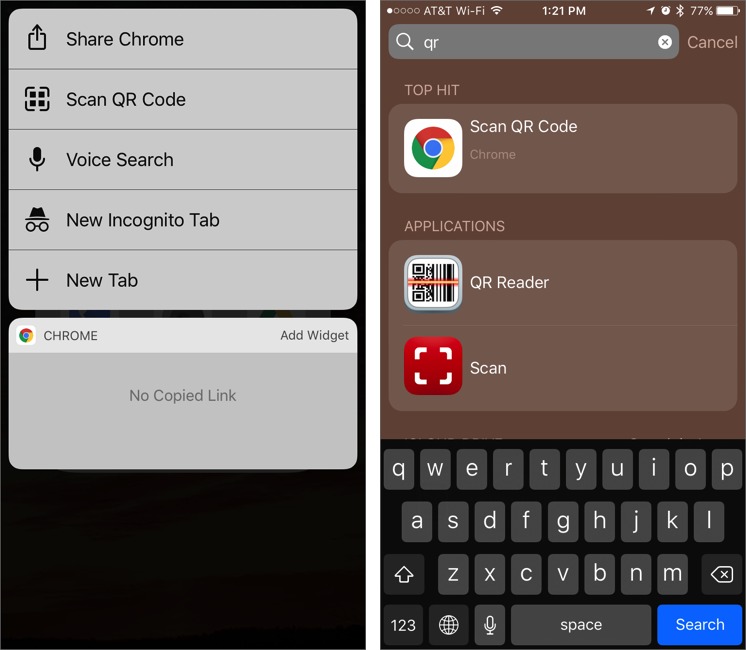 Then, center the QR code you want to scan in the camera’s viewfinder. Chrome scans nearly instantly (so much so that capturing the screenshots was hard), and puts the URL associated with the QR code into the address field so you can preview it — just tap the Go button to load the page. 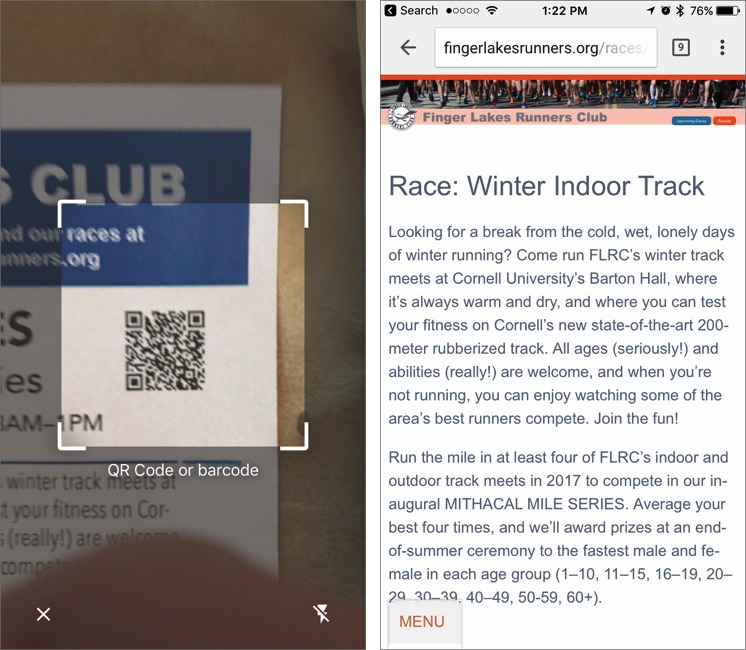 Chrome can also scan traditional barcodes, which it feeds directly into Google’s search engine to find product pages and the like. In the screenshot below, I’ve scanned the barcode on the bottom of my Garmin Forerunner 620 GPS watch box, and Google promptly displayed related information. 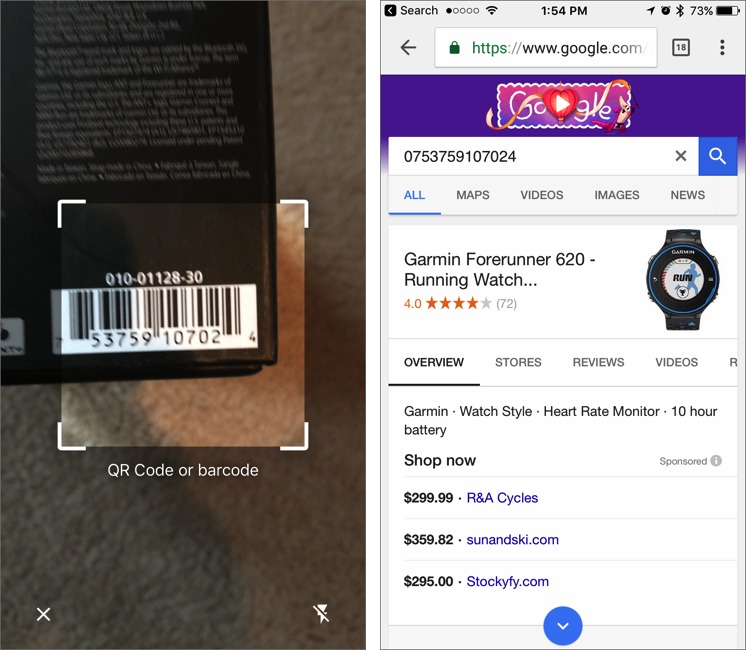 If you have a dedicated QR code scanning app that you use regularly, you may prefer to stick with it. In particular, I found it clumsy to invoke Chrome’s scanner repeatedly, so a dedicated app may work better in such situations. But if, like me, you have to do a Spotlight search to find your QR code scanner anyway, it’s faster and easier to use Chrome from the Spotlight results screen.