If you’re this far into “A Prairie HomeKit Companion,” your HomeKit setup should be up and running, and you should have a full grasp of how to use Apple’s Home app. But Home isn’t the only game in town when it comes to HomeKit apps.

Before Home debuted in iOS 10, Apple relied on third-party developers to create graphical front-ends for HomeKit, so there are several in the App Store. Elgato’s free Eve app is lovely, but my power tool of choice is Matthias Hochgatterer’s Home app. Yes, Apple stole the name, so you have Apple’s Home app and Hochgatterer’s Home app, both used to control your home with HomeKit for home automation. Got it? Good. (Couldn’t we call them all Bruce?)

You might balk at Home’s $14.99 price tag, which makes it by far the most expensive HomeKit app on the App Store. But the power and control it offers make it well worth the cost. If Apple’s Home app is a butter knife, Elgato’s app is a beautiful Wüsthof paring knife, and Hochgatterer’s Home app is a Swiss Army knife. 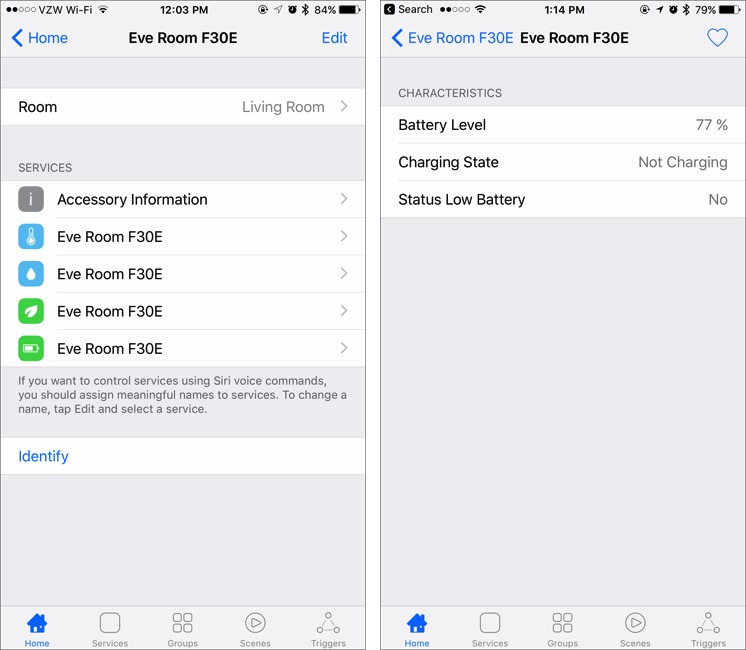 Second, it provides actual data. Apple’s Home app will tell you if your air quality is Excellent or Poor, but won’t offer any other details. In the Services screen of Hochgatterer’s Home app, I can choose the Eve Room’s air quality service and see the exact measurement of volatile organic compound particulates in parts per million. 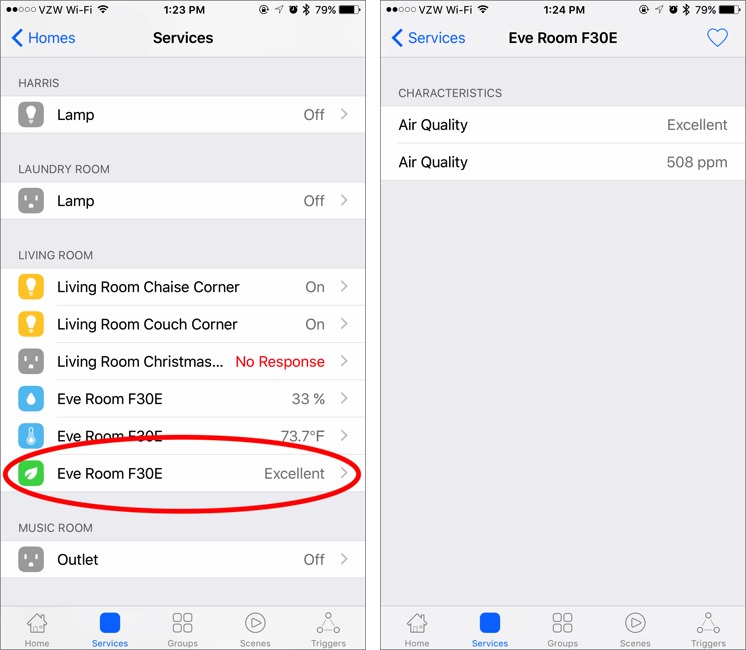 Those are both nerdy niche uses, at which the app excels. But one use everyone will find handy is fine tuning colors for the Philips Hue bulbs.

Here’s a problem you might encounter if you use the Hue or a similar smart bulb system: you walk into a room and something just looks… wrong. If two bulbs have drastically different settings, it’s easy to see what the problem is, and it can even sometimes be aesthetically pleasing if intentional. But if your bulbs are just slightly different, it can be maddening. Hochgatterer’s Home app can fix that. I hit this recently.

When I went into the Scenes screen and chose my Good Morning scene, I saw that my two living room lamps didn’t have identical settings. Both were set to 40 percent brightness, but the saturation and hue numbers were different. 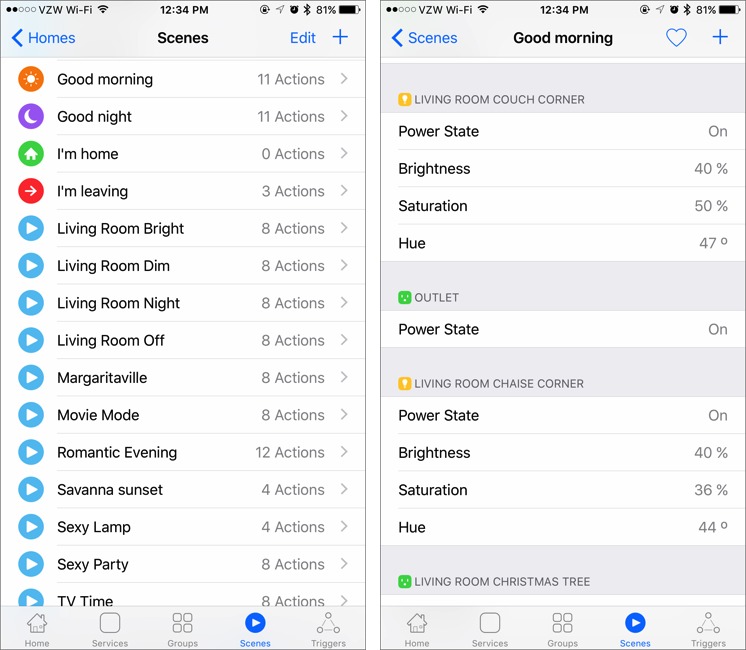 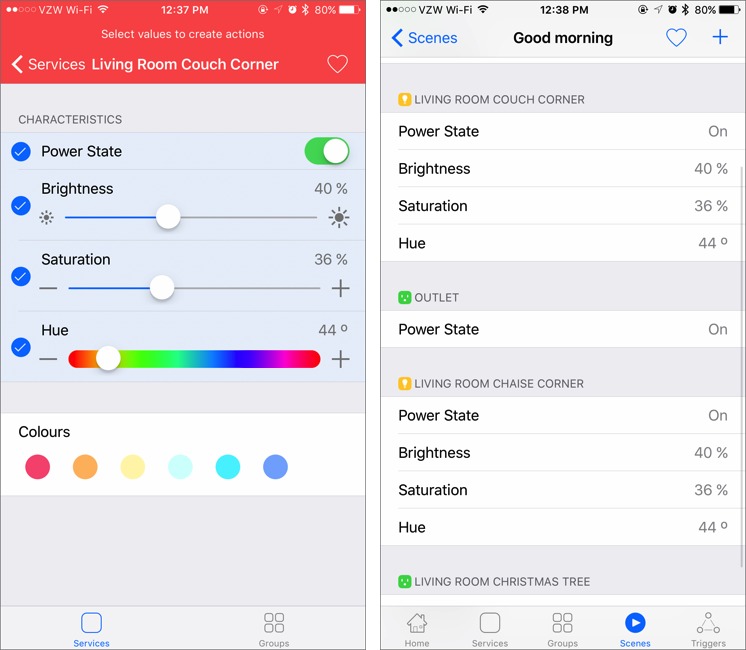 Here are a few other capabilities of Hochgatterer’s Home app that Apple’s lacks:

These are just a few examples of the power of Hochgatterer’s Home app, but those uses alone justified the $14.99 purchase price for me, particularly in the grand scheme of my overall setup. It will probably end up being the least expensive item in your home automation system. Now that Apple provides its own Home app, Hochgatterer’s Home is no longer essential, but it remains compelling if you want the level of control it offers.

A Prairie HomeKit Companion Home Automation iPhone, iPad, & iOS
Cookies & Privacy: We wish we were talking about chocolate-chip cookies here, but our Web site—like nearly all others—relies on a few minor digital cookies. Various laws around the world require us to tell you that fact, so consider yourself informed, if not nourished. By continuing to use this site, you agree to our use of these cookies. Cookie and Privacy Notice