Like it nor not, tablets have become an essential component of the parental toolbox. Devices like the iPad are the ultimate toy for many small children, but with one major drawback: they’re fragile! Fortunately, Chinese manufacturers are producing an excellent and inexpensive tablet case aimed at little kids. My wife and I, along with many of our friends, trust our tablets to it. Or, more to the point, we now trust our tablets to our toddlers.

There are actually several cases produced by different companies, but they all share the same design. The particular variant we use is the HDE iPad mini Kids Case, which fits the first three generations of the iPad mini and costs only about $15. It’s made of soft EVA foam with a nice, grippy surface, and is available in 10 different colors.

The highlight of the HDE case is its hinged handle, which makes it easy for small hands to carry and hold the iPad safely — my three-year-old son Harris often holds his like a painter’s palette. 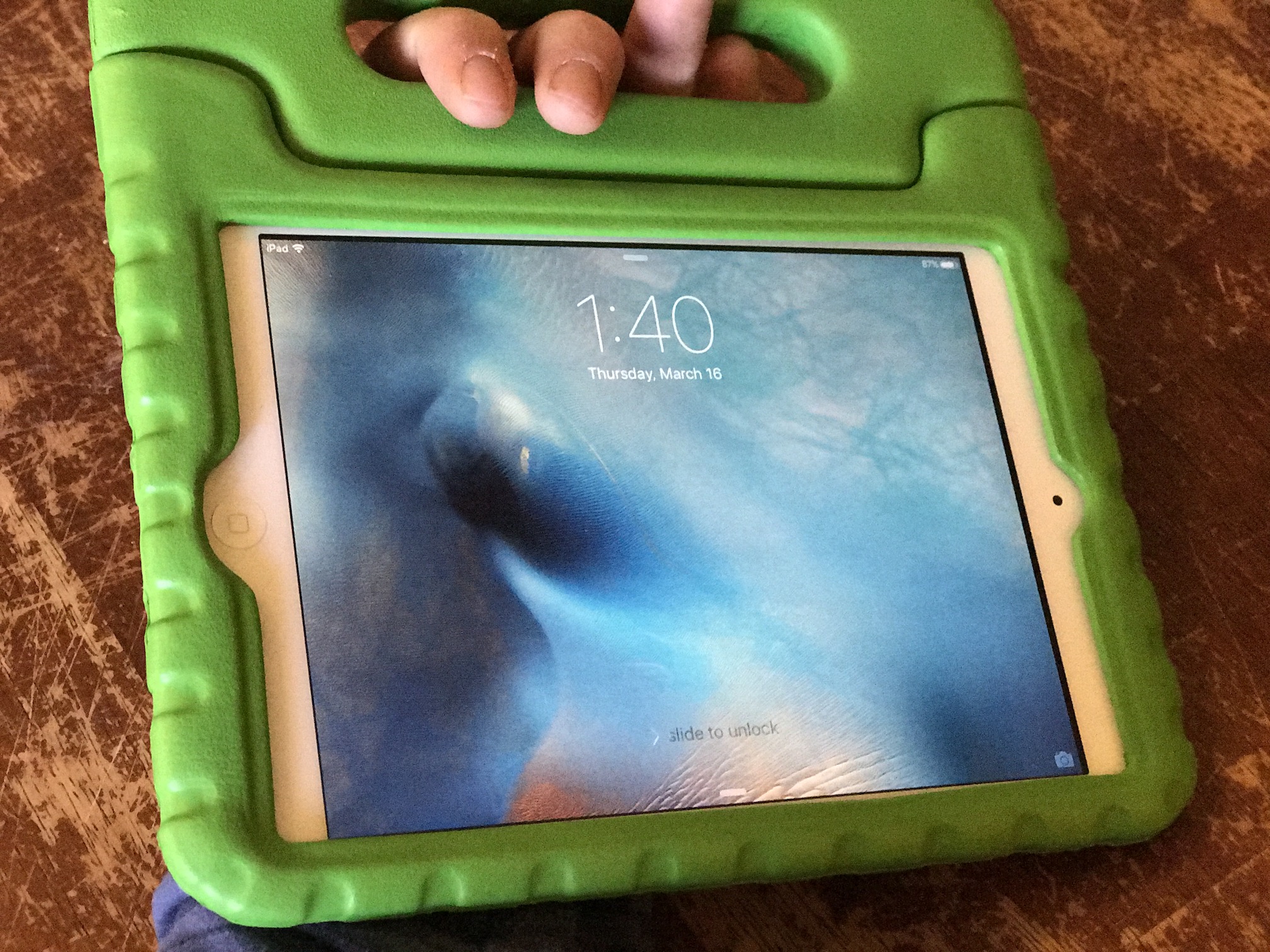 The clever bit is the handle swivels back so the iPad can stand up on a flat surface. It’s so obvious that Harris figured it out on his own. 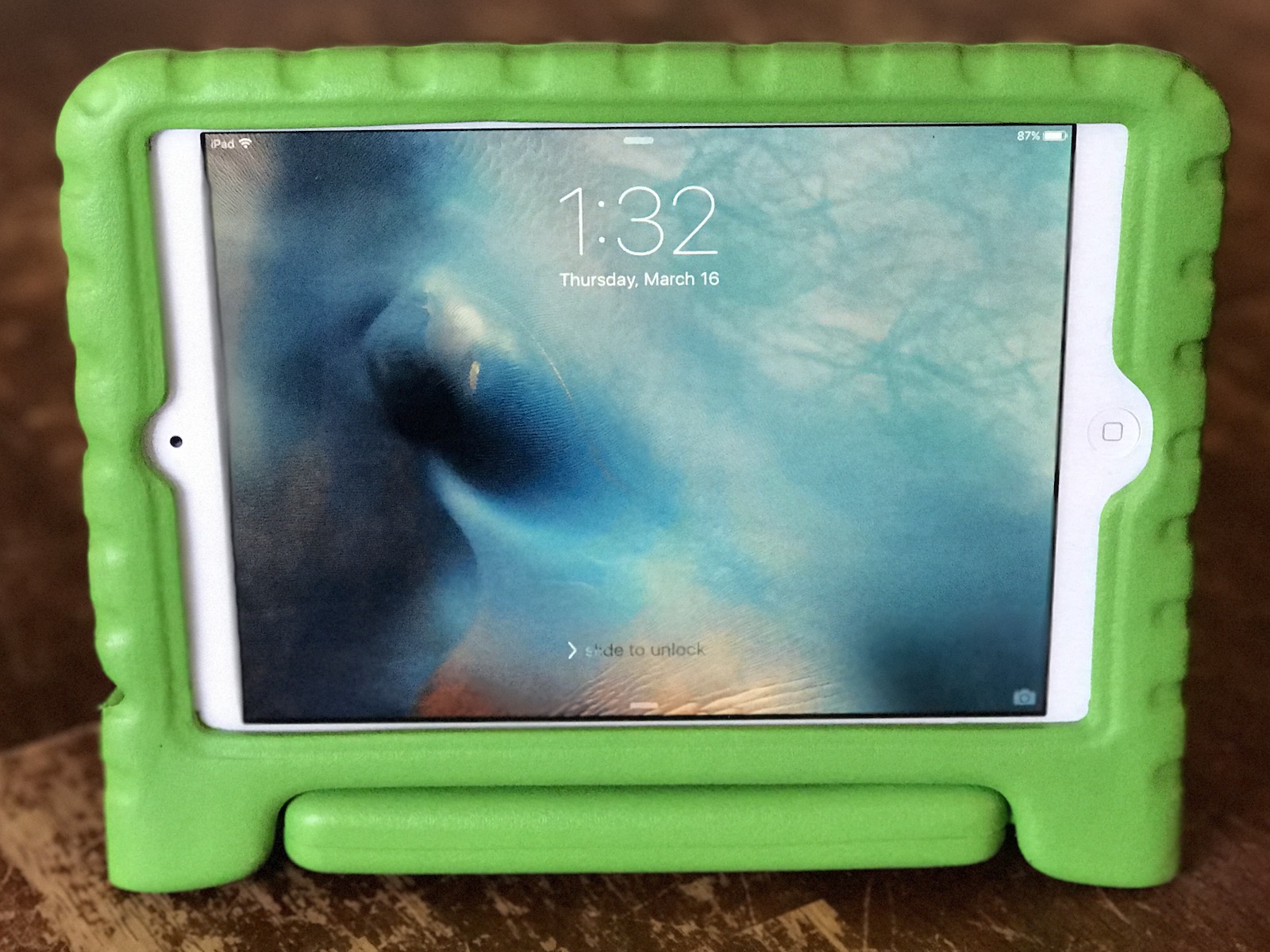 The HDE case’s EVA foam provides good protection against bumps and drops, and it’s lightweight, which reduces the chance of a kid dropping it. Perhaps equally as important is the fact that kids love its soft, squeezable texture, which makes the iPad as cuddly as an iPad can be.

However, there’s no screen protection other than the raised corners that would prevent the screen from hitting the floor if it fell flat face-down. If your kid is particularly rambunctious or you’re paranoid, you might want to add a screen protector along the lines of these from Anker and Tech Armor.

The HDE case features cutouts for the camera, headphone jack, microphone, speakers, and switches, and it has a flap to protect the Lightning port. If you’re annoyed by the Lightning port cover, it’s easy to clip off with scissors. 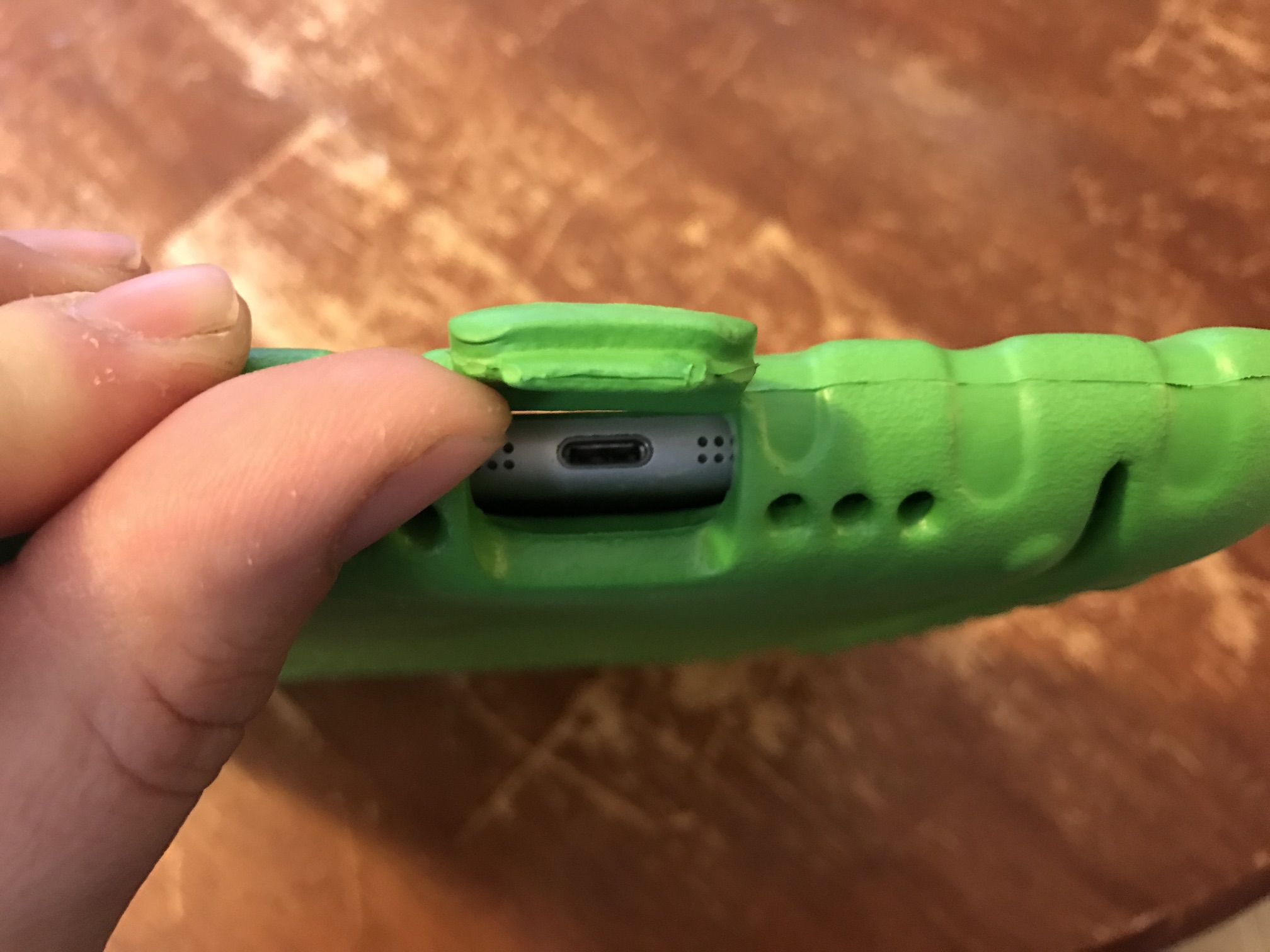 It took me a minute to figure out how to get the iPad in the case. On the back is a long slit into which you slide the iPad. A flap covers the edge of the tablet. 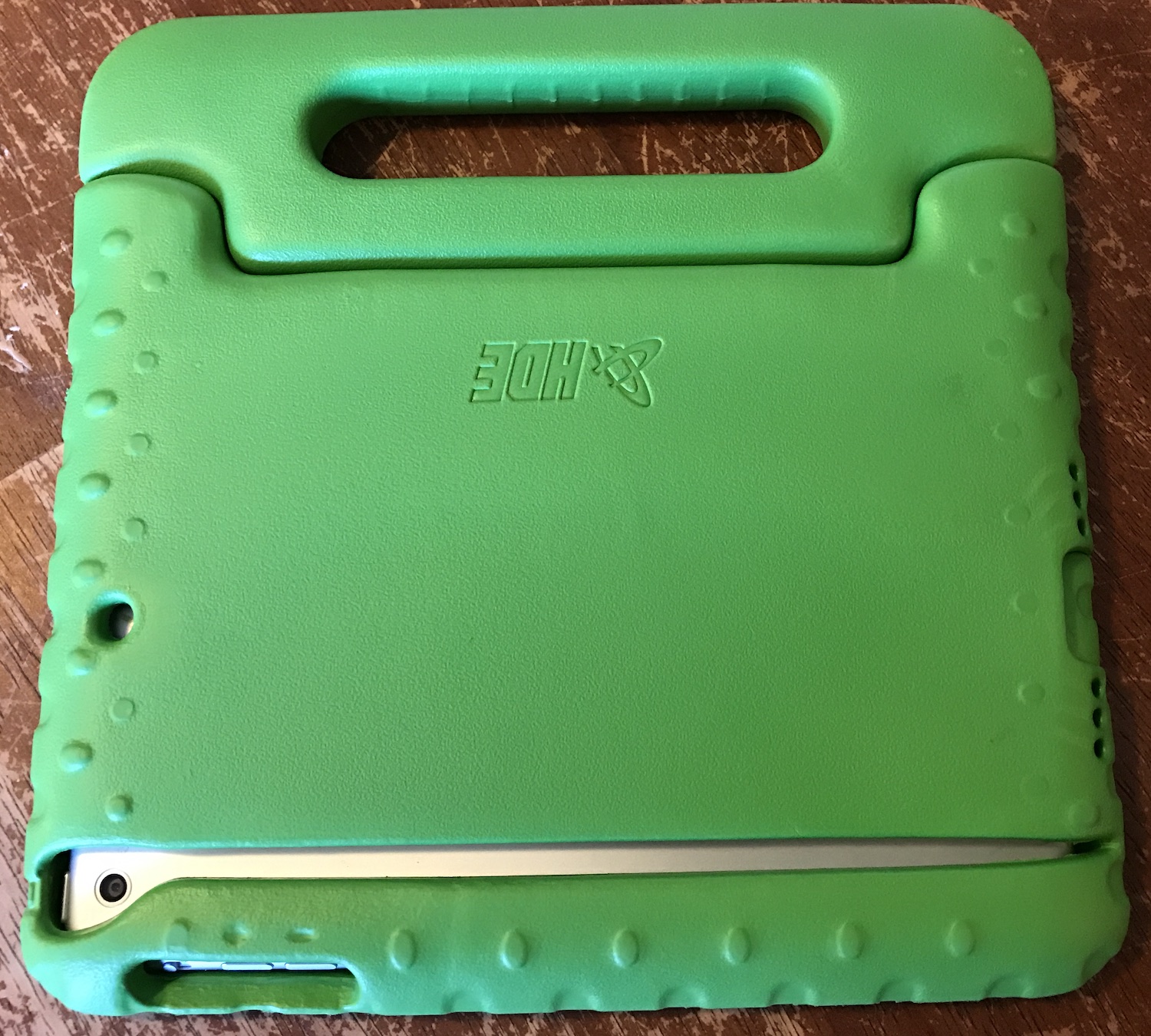 Like many semi-generic Chinese-produced products, this style of case is produced by many different manufacturers and is made for several types of tablets (for another example of this sort of product, see “Half the AirPods for a Tenth the Price,” 9 March 2017). If you search Amazon for “kids case iPad” (or whatever tablet you have), you’ll see a number in this style for full-size iPads, Galaxy Tab tablets, and Kindle Fire tablets.

TidBITS security editor Rich Mogull has owned three of these foam cases for a couple of years, and he is quite pleased with them as well. Nonetheless, his children still managed to break one of their iPads — no case is perfect.

If you’re looking for a way to protect a tablet from a small child, the HDE or a similar case is an inexpensive solution that will both help protect your expensive tablet and make using it more enjoyable.