Apple has announced some minor updates to the iPhone line: a (PRODUCT)RED iPhone 7 and iPhone 7 Plus Special Edition and increased storage tiers for the smaller iPhone SE model. The company also introduced some new colors for iPhone cases and Apple Watch bands.

Apple has long partnered with the (RED) charity to benefit the Global Fund to Fight AIDS, Tuberculosis, and Malaria by offering products in the licensed (PRODUCT)RED color. Apple has now announced the iPhone 7 and iPhone 7 Plus (PRODUCT)RED Special Edition, which are the same as the existing iPhone 7 and 7 Plus models, but in a red aluminum finish. The (PRODUCT)RED iPhones became available for ordering on 24 March 2017. While they’re the same price as equivalent existing iPhone models, they’re available only with 128 GB and 256 GB of storage; there is no 32 GB storage tier. 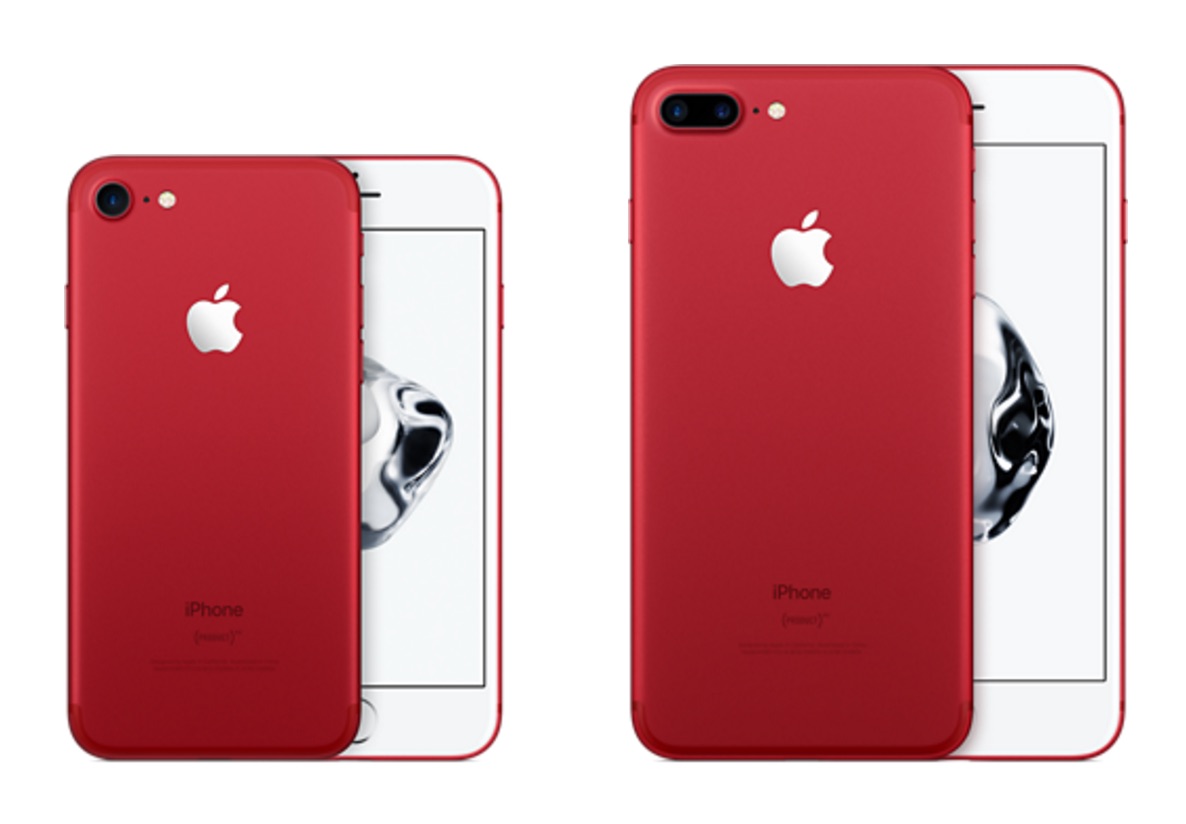 Kudos to Apple for supporting (RED), but we can’t help but think there would have been more impact if these models were available at the iPhone 7’s September 2016 launch, instead of six months later.

If you already own an iPhone 7, but like the red color, you can buy a (PRODUCT)RED leather case for it from Apple.

Finally, Apple introduced new iPhone case colors. The silicone case is now available in Azure, Camelia, and Pebble, while the leather case is now available in Berry, Sapphire, and Taupe. The inscrutable color names are reminiscent of Crayola crayons; you’ll need to check them out online or in person to get a sense of what “Berry” actually looks like, for instance.

If you find these announcements underwhelming, it’s likely that Apple is merely clearing the decks for more significant announcements in the near future. In particular, the flagship iPad Pro line is due for a refresh, as are many Mac models.

Apple Watch iPhone, iPad, & iOS
Cookies & Privacy: We wish we were talking about chocolate-chip cookies here, but our Web site—like nearly all others—relies on a few minor digital cookies. Various laws around the world require us to tell you that fact, so consider yourself informed, if not nourished. By continuing to use this site, you agree to our use of these cookies. Cookie and Privacy Notice