The estimable Internet Archive announced that it has added dozens of classic — and I mean classic! — Mac apps, games, and operating systems from 1984–1989 to its Software Library. It accomplished this minor bit of nostalgia magic thanks to a version of Hampa Hug’s PCE/macplus Macintosh emulator that was ported to JavaScript and can thus operate in a Web browser. That’s right, these are fully functional apps that you can run right within Safari, Chrome, or Firefox. (You can find more old Mac software accessible via PCE/macplus at the RetroWeb Vintage Computer Museum, the maintainers of which helped the Internet Archive with their emulation system.)

PCE/macplus emulates a Macintosh 128K through Macintosh Classic, so we’re talking about a 9-inch, black-and-white screen here. The Internet Archive’s Mac Software Library has a package showing off System 6.0.8’s System Startup and System Additions disks and a more interesting one for System 7.0.1 that includes a variety of apps, including BBEdit, HyperCard, Microsoft Word, Microsoft Excel, and more. Remember, you have to double-click quickly to open folders and launch apps, and selecting an item from a menu requires you to hold the mouse button
down after clicking the menu title. 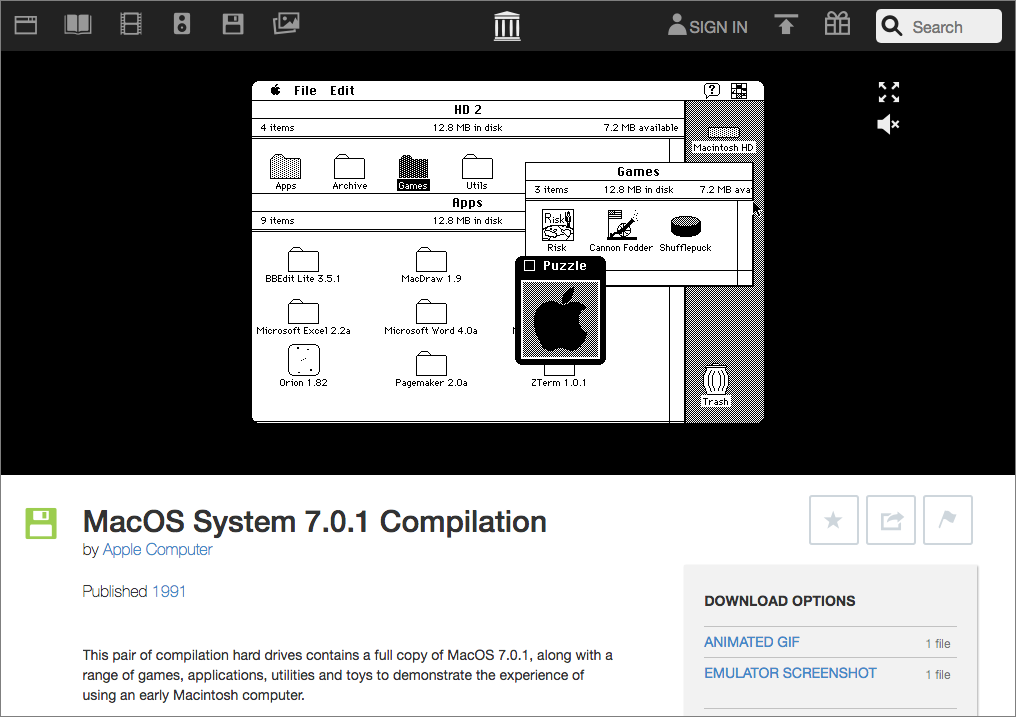 As amusing as it can be to fool around with those old apps, the real fun comes with the games of the 1980s. Dark Castle, Airborne, and Wizardry are all there for you to play, along with my favorite, Lode Runner. Give them a try! 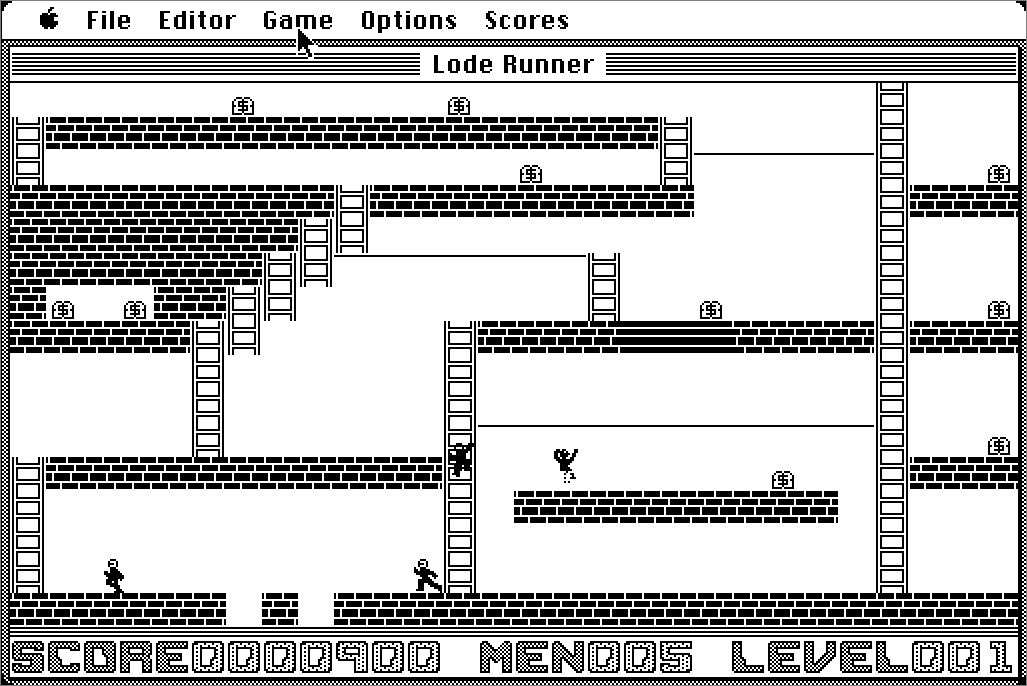 For those who remember them, the apps are worth visiting for nostalgic reasons alone. However, more interesting are what projects like this promise for the future of digital preservation. It’s increasingly hard to keep ancient hardware running, and unstable media renders long-term access to software and data questionable at best.

If the massive computing power of modern machines enables full emulation of older hardware, and files can be moved into the cloud while their floppy disks can still be read, perhaps we won’t lose nearly as much old data to bit rot as we would have otherwise. There isn’t much of a business model around loading of data and apps from long-stored floppies, but kudos to groups like the Internet Archive and the RetroWeb Vintage Computer Museum for showing that it can still be done. And if you’re interested in playing with your old apps and files, check out the Macintosh Garden for information on setting up your own emulator.

Now, if you’ll excuse me, I have another level of Lode Runner to attempt.