As always, it pays to wait at least a few days to install these updates. We haven’t heard of any problems out of the gate, but Apple was so parsimonious with release notes that it’s hard to muster much enthusiasm for updating right away. It’s best to err on the side of caution this time.

Release notes are sparse, but practically long-winded compared to the notes for the other OS updates. Identified improvements include a fix for an issue where audio may stutter when played through USB headphones, a mysterious claim of enhanced Mac App Store compatibility with future updates, and added support for media-free installations of the Windows 10 Creators Update in Boot Camp.

iOS 10.3.2 — The roughly 200 MB iOS 10.3.2 update can be installed in Settings > General > Software Update or via iTunes. However, the release notes say only, “iOS 10.3.2 includes bug fixes and improves the security of your iPhone or iPad.” 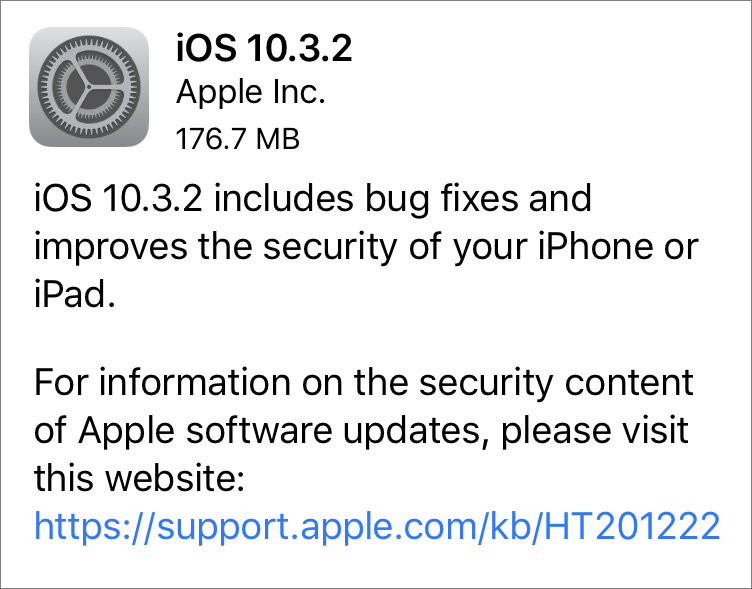 Remember when we reported on the bugs that caused Mail to ignore named anchors like the article list at the top of TidBITS issues (see “Mail in El Capitan and iOS 9 Ignores Named Anchors,” 5 January 2016)? Apple did fix the problem in Mail in Sierra at some point, but the company didn’t address it in iOS 10, and it remains unfixed in iOS 10.3.2. If only we could make the case that it was a security vulnerability.

watchOS 3.2.2 — Don’t expect more detail from the watch OS 3.2.2 release notes, which offer only the even terser, “This update includes improvements and bug fixes.” 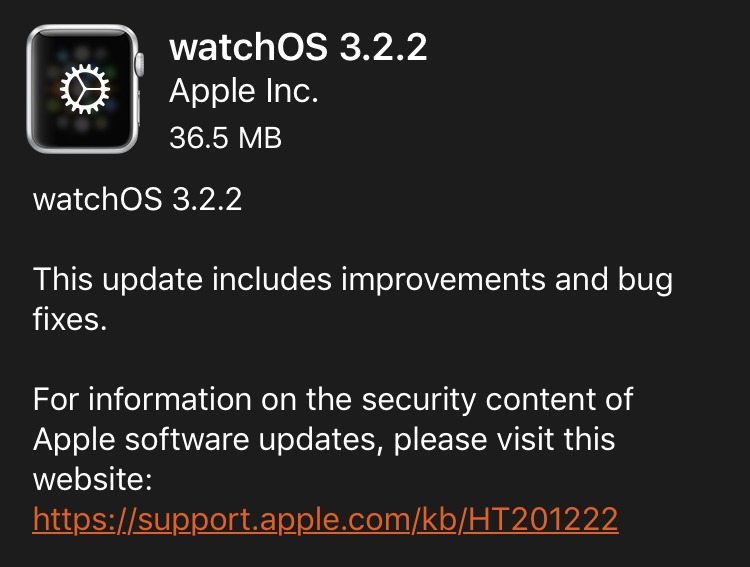 You install the 41.7 MB update via the Watch app on your iPhone (in Watch > Settings > General > Software Update). Remember that the Apple Watch must be on its charger, charged to at least 50 percent, and within range of your iPhone, which itself must be on Wi-Fi. Don’t start installing if you’ll want to use the watch again within an hour or so — watchOS updates take surprisingly long to load.

tvOS 10.2.1 — With the tvOS 10.2.1 update, Apple is willing to cop only to “This update includes general performance and stability improvements.” You can get the tvOS 10.2 update on your fourth-generation Apple TV via Settings > System > Software Updates > Update Software.