We’re approaching another of those inflection points where Apple leaves some apps — and their users — behind. When you launched an older 32-bit app in iOS 10, it first warned that the app might slow down your device. That was, as far as I could tell, not the case, but it was still disconcerting. With iOS 10.3, however, Apple went further, stating in no uncertain terms that the app would stop working with some future version of iOS. As to when that will be, there’s no telling, but iOS 11 would seem to be likely. 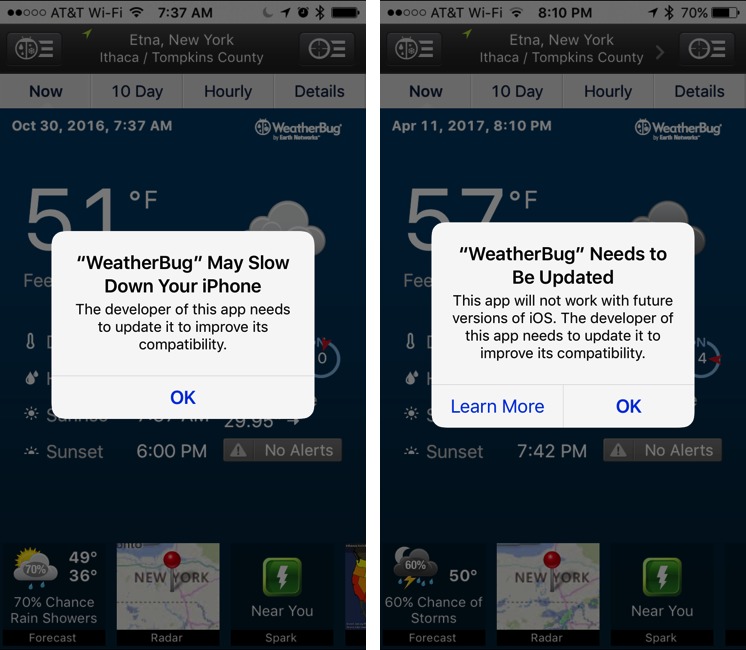 The iPhone 5s was the first iPhone with a 64-bit processor, and since it shipped in September 2013, developers have had the option to have their apps run in 64-bit mode. Starting in 2015, Apple has required apps to run in 64-bit mode to receive App Store approval.

The practical upshot of Apple’s iOS warnings is that most apps that haven’t been updated since 2015 will likely be rendered inoperable by whatever future version of iOS pulls the plug on 32-bit apps. I can’t imagine that there will be any way to keep running such apps, short of refusing to update to that version of iOS.

In iOS 10.3, Apple made it possible to see which of your apps will be affected. Navigate to Settings > General > About > Applications. The number next to Applications is the total number of apps installed, but when you tap Applications to see what’s inside, you see a list of 32-bit apps that have no 64-bit updates available. Tap any app to see its listing in the App Store, from which you can tap through to the developer’s Web site and theoretically ask if there will be an update. In most cases, the answer will likely be no. 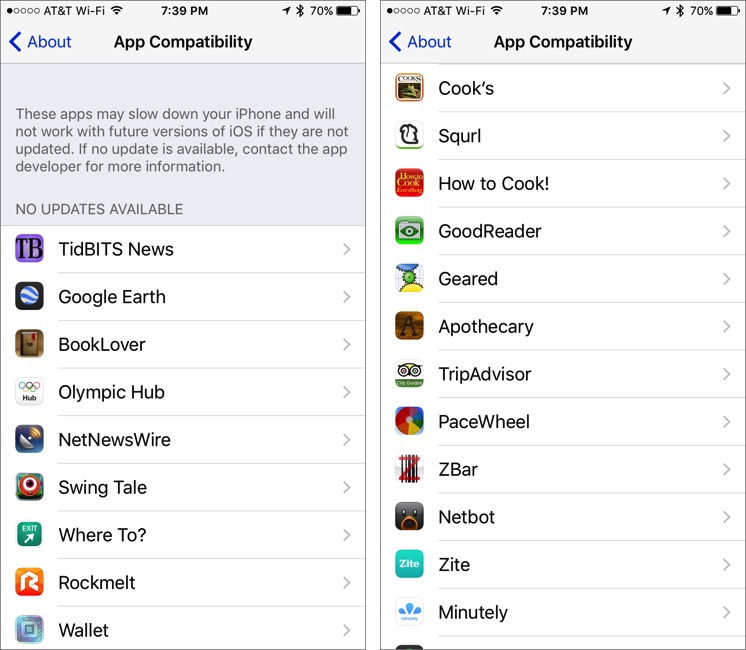 To bring that question home to roost, what about the free TidBITS News app? When I first published this article, I said we were going to let it fade away for a variety of reasons, most notably that it wasn’t used by enough people to warrant updating. However, Matt Neuburg and I have now decided to reverse that decision, and he hopes to have a 64-bit version that’s fully updated for iOS 10 available soon. We’ll write more when it’s out.

At its heart, TidBITS News is an RSS reader dedicated to TidBITS, so you could instead use Apple’s built-in News app. To add TidBITS to your Favorites list in News, search for TidBITS in News and either tap the heart icon next to the appropriate search result, or tap the search result itself and then the heart icon in the upper right corner. From then on, just tap Favorites in the News toolbar and then the TidBITS tile to see all our articles. 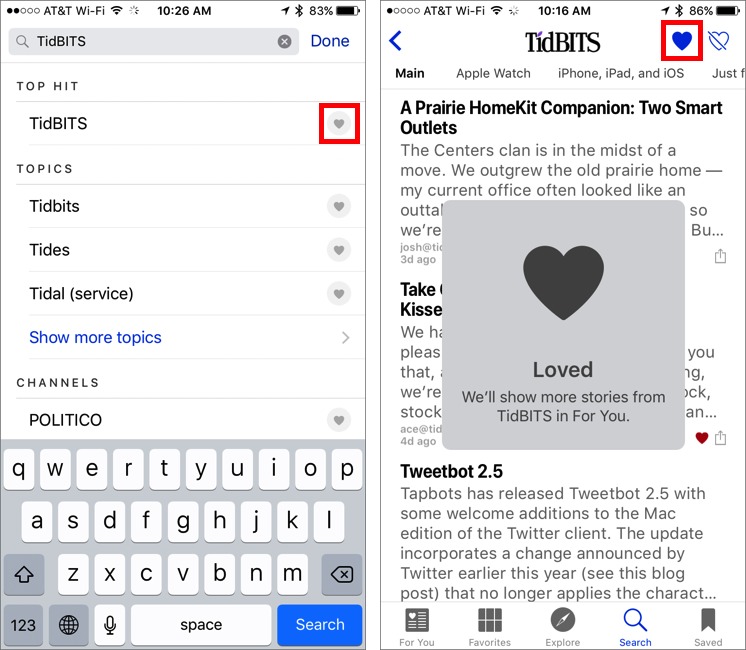 If you want to add an RSS feed to News but can’t find it with a search from within News, you can use Safari. Navigate to the Web site in question, tap the share icon, and then tap Open in News in the share sheet. Once you’re in News, tap the name at the top of the screen to go to the main article list, and tap the heart button there. 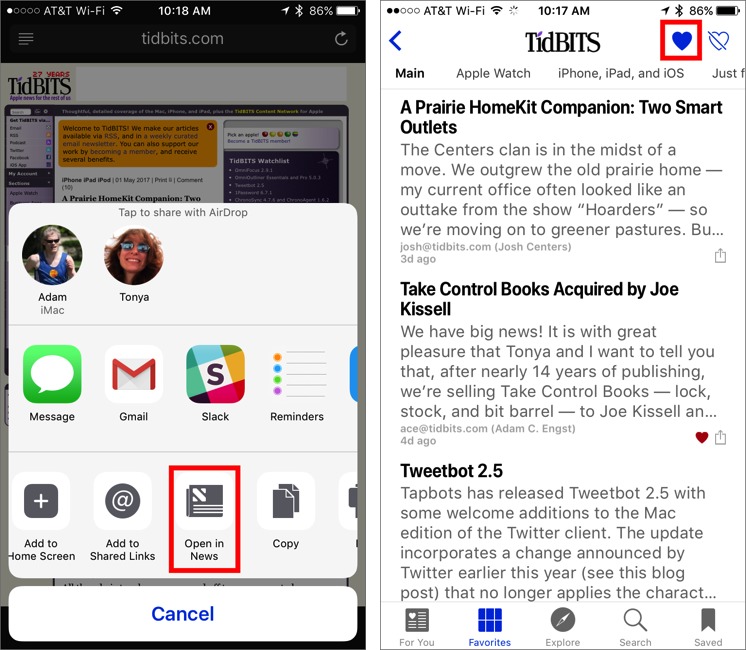 Inscrutably, Apple’s News app isn’t available in countries other than the United States, United Kingdom, and Australia, but iMore explains that you can get it by changing your region in iOS to one of those countries. Just navigate to Settings > General > Language & Region > Region. The News app should appear on one of your home screens after that; if it doesn’t, try restarting your device. I can’t predict what the downsides of
changing your region might be, but if you switch back to your actual country, the News app will likely disappear again.

You can, of course, use any other RSS reader like Feedly or Reeder — click the RSS link in the upper left of our Web site for the URL. However, only logged-in TidBITS members get access to the full-text RSS feed for use in other apps.