Boom 3D 1.0 — Global Delight has introduced Boom 3D, a new version of its volume booster and equalizer app (previously titled Boom 2) that now delivers an immersive 3D virtual surround audio experience targeted for use with headphones. According to the press release, Boom 3D “self-calibrates to the type of Mac it runs on” to provide a personalized audio experience. The app also now features a built-in Mini Audio Player that enables you to drag and drop songs to play in surround sound, application level volume control, and
many handcrafted equalizer presets that you can fine-tune. 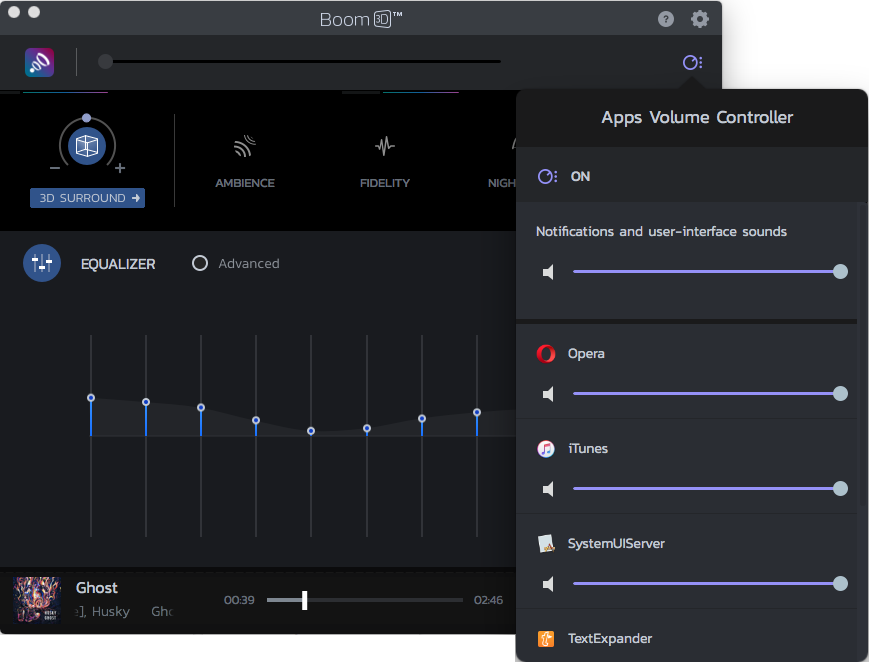 GarageBand 10.2 — Apple has released GarageBand 10.2 with an improved user interface and added support for the 2016 MacBook Pro’s Touch Bar. The update also adds three new Drummers who play percussion in Pop, Songwriter, and Latin styles; provides new Drummer loops that you can customize for your song; and enables you to add new tracks to an existing project using GarageBand for iOS on your iPhone or iPad. (Free from the Mac App Store, free
update, 997 MB, 10.11+)

Swift Publisher 5.0 also brings improved performance when working with large documents, adds pixel and pica measurement units, enables you to position guides by entering exact coordinates, improves working with text boxes (including the capability to link and unlink existing boxes), and fixes a bug that caused unnecessary temporary files to accumulate over time.

A single license for Swift Publisher 5.0 costs $19.99, with an upgrade from any previous version of Swift Publisher offered at $14.99. If you purchased from the Mac App Store, you can receive the upgrade pricing from the BeLight Software Web site by contacting the company’s sales department with proof of purchase. An Extras Pack is also available for $9.99 with over 40,000 clipart images and 100 fonts. ($19.99 new with a 25 percent discount for TidBITS members and from the Mac App Store, $14.99 upgrade, 368 MB, release notes, 10.10+)