iOS 11 is coming later this year, and with it, significant enhancements to HomeKit. The most important changes affect HomeKit device manufacturers, but there are notable interface and automation details that dedicated HomeKit users should be aware of.

Expanded HomeKit Ecosystem — The upcoming modifications to Apple’s ecosystem policies could be game-changing for HomeKit. Since HomeKit debuted in iOS 8, device manufacturers have been subject to a rigorous certification process. Before being allowed to sell their products, they had to get approval from Apple, include special chips in their devices, and have their devices pass Apple-run tests in a special lab.

Apple had solid security and privacy reasons for doing things this way, but the requirements were too onerous for many manufacturers. As a result, the HomeKit hardware story so far has been a novella, at best.

To grow the ecosystem, Apple is changing its policies to eliminate the need for special HomeKit-specific chips that increased cost and complexity. Instead, manufacturers will be able to implement HomeKit authentication in software.

Manufacturers must still submit devices to Apple for testing, but Apple is adding more automated certification tools and opening more labs around the world to streamline that process.

The practical upshot of this change is that you could soon have many more HomeKit-compatible sensors, switches, and other home automation devices to choose from, hopefully without sacrificing Apple’s top-notch security and quality control.

Some of those new devices will fall into two categories that are new to the HomeKit repertoire: sprinklers and faucets. Sprinklers have obvious automation uses, but the addition of faucets is more intriguing. Apple’s examples suggest garden watering and heating up the shower before you hop in. I’ve always considered the combination of automation, water, and electricity to be a recipe for disaster, but I’m open to anything that will make gardening easier.

Finally, in a nod to the fact that many home automation aficionados are hobbyist programmers too, Apple will be opening the HomeKit Accessory Protocol Specification to anyone with an Apple developer license, for use with personal projects. In other words, if you’re willing to spring for $99 to be an Apple developer and you have a programmable widget like an Arduino, you’ll be able to hack it to work with HomeKit. I’m hoping to see some cool projects out there. 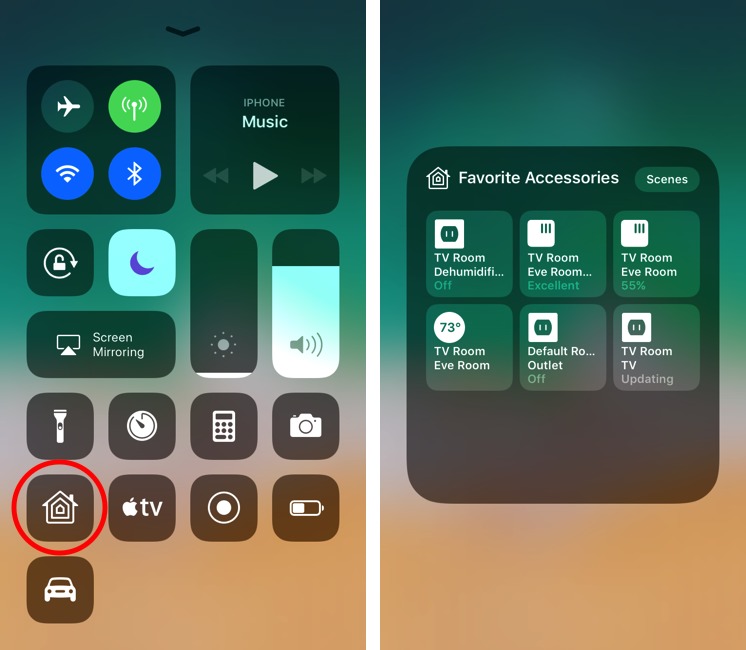 Streamlined Accessory Setup — HomeKit’s ecosystem changes require a shift in how you set up devices. Currently, to activate a device, manufacturers must offer a HomeKit authentication code that you either scan or enter manually.

In the future, manufacturers will have two more options: QR codes, which can be as small as 10 mm by 10 mm to fit on small devices, and Near Field Communication (NFC) tags, which will let you authenticate a device wirelessly, with no camera scanning required. 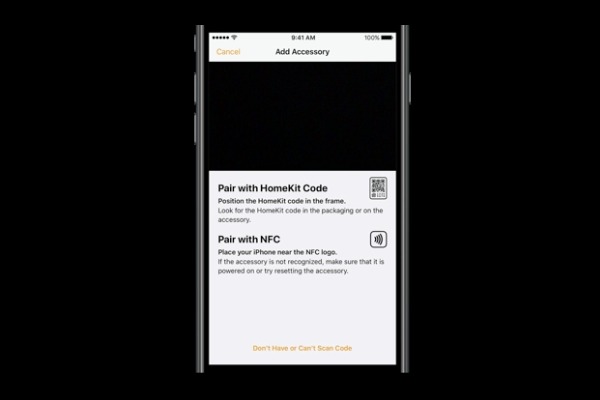 Additionally, iOS 11 changes how you set up Accessories in the Home app. In iOS 10, when you add a new accessory, you have to power it on, wait for the device to appear in the setup assistant, tap it, and then scan its HomeKit code.

iOS 11 introduces what Apple terms an “enhanced setup process.” In effect, this means that you scan the HomeKit code first. Apple made this small yet significant change for two reasons:

These changes combined should make accessory setup easier for both manufacturers and users, and it’s good to see Apple taking real-world fallibilities into account.

Performance Enhancements — Many HomeKit Accessories communicate via Bluetooth instead of Wi-Fi. One of the downsides of that is slow performance — it often takes several seconds from the time I turn on a smart outlet to the time it actually powers up.

For iOS 11, Apple has overhauled how HomeKit communicates with Bluetooth devices to use a new system called Secure Broadcast Sessions. In plain English, that drops the latency from several seconds to only a second.

Apple claims that iOS 11 and updated device firmware are all you need to see the speed improvement. Response times already seem faster on my iOS 11 test devices, but that could be purely wishful thinking.

Automation Improvements — Automation enthusiasts will be excited by some of the new automation features coming to HomeKit in iOS 11.

In iOS 10, you can set your lights to turn off when you leave the house, but if there’s someone home, you’ll leave them in the dark! Thankfully, location-based triggers are getting smarter in iOS 11 by being able to use multiple people for a trigger.

In the screenshot below, notice how the My Location Changes option from iOS 10 has expanded in iOS 11 to a pair of entries: People Arrive Home and People Leave Home.

Unfortunately, since my wife isn’t yet running iOS 11, she isn’t an available option, but once she updates, I can, in theory, set an Automation so it won’t trigger unless we both leave home. 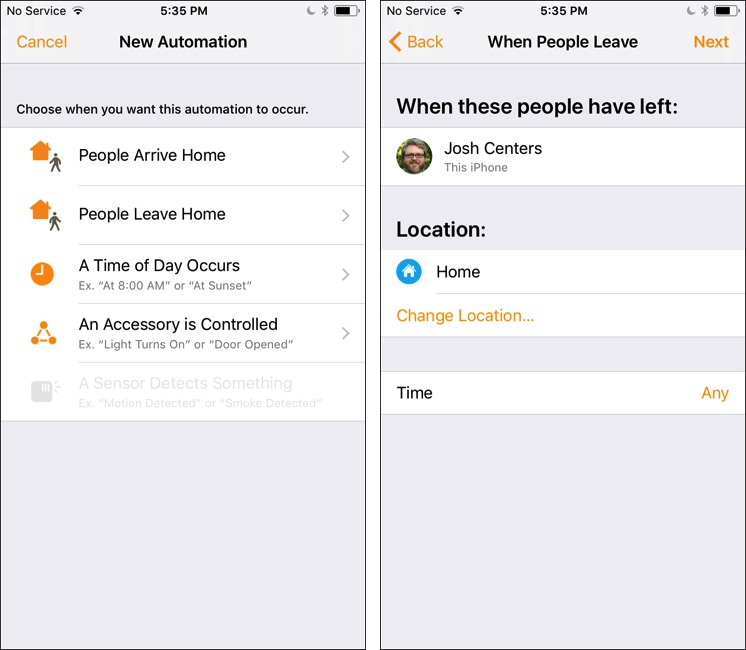 Here are some more automation functions coming to iOS 11: 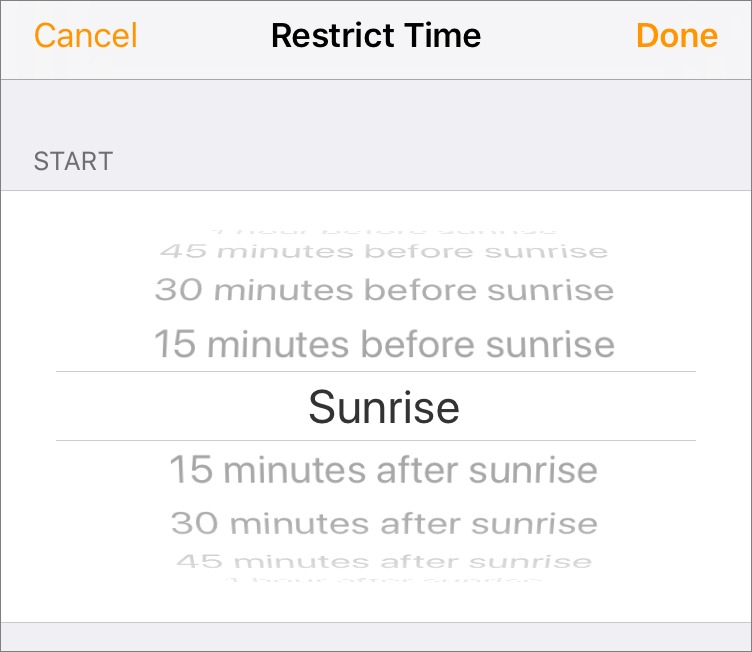 In the WWDC presentation, Apple mentioned the option to create a one-time automation at a particular time, like September 7th at 9 PM. However, I can’t yet find any evidence of that in the iOS 11 Home app.

Get in the Zone — The last major improvement to the Home app is support for Zones. As you may recall from “A Prairie HomeKit Companion: Core Concepts” (3 November 2016), a Zone is simply a collection of Rooms.

There are a few different ways you could use these Zones, but the most obvious way is to group rooms in your house by floor. Then you could give Siri commands like “Turn off my downstairs lights.”

What about the HomePod and AirPlay 2? — We know one thing for sure: the HomePod will be a Home hub, joining the Apple TV and iPad.

However, Apple hasn’t said much else about how the HomePod will interface with HomeKit. The company did say that with iOS 11 and the HomePod comes AirPlay 2, an updated version of Apple’s media-streaming protocol.

Apple has been tight-lipped on AirPlay 2 too. Here’s what you need to know so far:

I decided I had to try it for myself, so I installed the tvOS 11 beta. However, AirPlay 2 isn’t enabled by default, so I had to install the Xcode beta to enable that option. Hours later, I was finally able to enable AirPlay 2 on my Apple TV, and… it works exactly the same as AirPlay, and there was no evidence of it in the Home app on my iOS 11 devices.

So there isn’t much I can say here yet about how AirPlay 2 and HomeKit will work together. I get the distinct feeling that Apple will have a lot more to say about AirPlay 2, Apple TV, HomeKit, and the HomePod later this year. There must be a reason the company is being so cagey.

Comments About A Prairie HomeKit Companion: What’s Coming in iOS 11