Once you install iOS 11, which is available now in public beta form and will likely ship for everyone in September 2017, you may notice that your iPhone gets a lot quieter in the car. That’s due to a new feature in iOS 11 called Do Not Disturb While Driving that Apple enables by default.

In short, Do Not Disturb While Driving activates automatically when you’re driving a car, blocks notifications on your iPhone, and makes it so you can’t do much with your iPhone until you park.

Take a look at distracted driving statistics and it becomes obvious why Apple came up with this feature. The U.S. National Highway Traffic Safety Administration estimates that 660,000 drivers use cell phones while driving during the daytime. In 2015 alone, 391,000 people were injured and 3477 killed in distracted driving incidents. Given the iPhone’s 30 to 40 percent share of the smartphone market, it arguably bears some blame for over 100,000 injuries and 1000 deaths in just that year. That’s a far more tangible problem than many tempests in the tech industry press teapot.

When Apple first announced Do Not Disturb While Driving at WWDC (see “iOS 11 Gets Smarter in Small Ways,” 5 June 2017), I was a bit skeptical due to Apple’s spotty record with automotive features. CarPlay has yet to take off, and even when it’s available, it’s kind of a mess (see “CarPlay Offers Limited, Glitchy iPhone/Auto Integration,” 18 January 2016). In theory, Maps can automatically help you find your car in a parking lot, but that only works if you have a car with built-in Bluetooth — it doesn’t work with aftermarket devices.

To my surprise and delight, Do Not Disturb While Driving activated automatically during my first car trip with the iOS 11 beta on my iPhone 7 Plus. The feature relies either on a Bluetooth connection or the Doppler effect with Wi-Fi signals to detect motion.

You can change how the feature activates under Settings > Do Not Disturb > Activate. You can set it to Automatically (which enables Do Not Disturb While Driving when the iPhone detects motion), When Connected to Car Bluetooth, or Manually. If you and your spouse both have iPhones and often drive together, you may need to play with the settings to see what makes the most sense for the passenger. 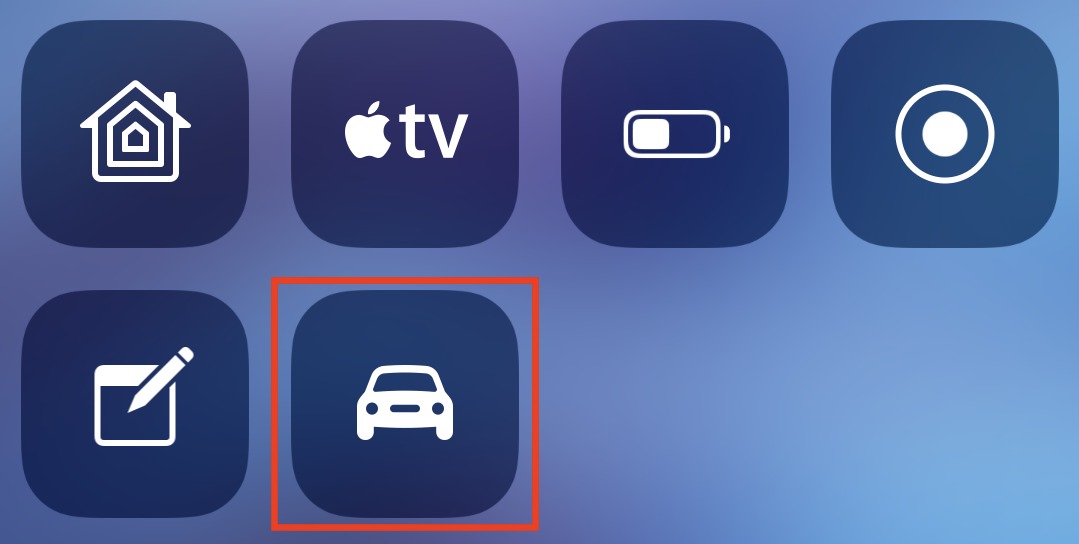 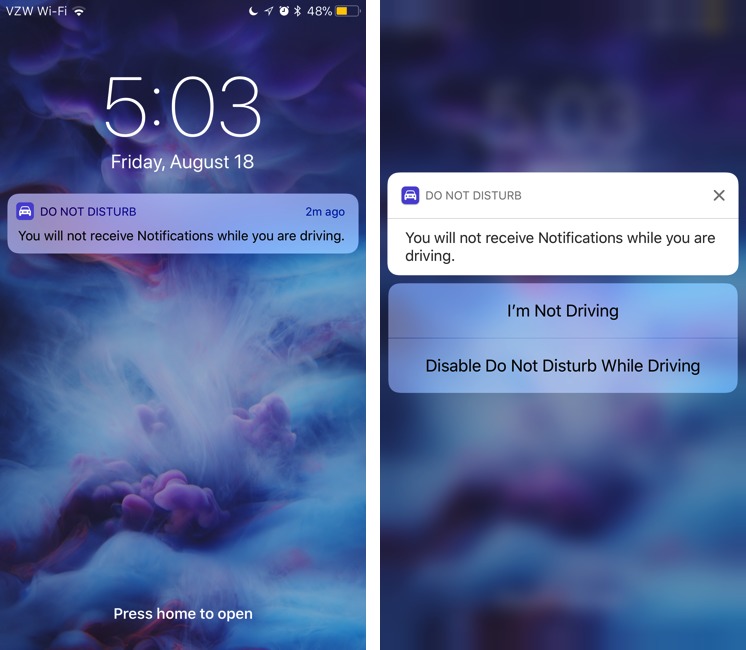 However, if you start audio playback before starting your trip, you can still control that with the Lock screen media controls. Turn-by-turn directions will also work normally — Google Maps as audio-only directions, while Apple’s Maps app offers Lock screen visuals in addition to audio directions. But if you need to make any adjustments while driving, you’ll have to turn off Do Not Disturb While Driving.

If you use CarPlay, it will reportedly still work, though notifications will be blocked. None of my cars support CarPlay, so I can’t verify this.

If someone messages you while you’re driving, they will receive an automated reply that, by default, says:

I’m driving with Do Not Disturb While Driving turned on. I’ll see your message when I get where I’m going.

(I’m not receiving notifications. If this is urgent, reply “urgent” to send a notification through with your original message.)

You can change the first line of this message in Settings > Do Not Disturb > Auto-Reply. However, the second line cannot be changed.

As the second line says, if the other party replies with “urgent,” the original message will be forced through the cone of silence.

By default, Messages replies automatically only to favorite contacts (to add someone, navigate to their contact in Contacts or Phone, scroll down, and tap Add to Favorites), but you can change that in Settings > Do Not Disturb > Auto-Reply To.

This loophole seems to work only for iOS’s built-in Messages app — for both SMS and iMessage — but perhaps in the future, Apple will let developers integrate support for it in other messaging apps.

Overall, I’ve found that Do Not Disturb While Driving doesn’t interfere with my usual activities much. In fact, it has made driving more peaceful by sparing me from notifications that are almost never urgent — it’s not so much getting the notification that’s a problem as thinking about what it might require me to do. And since I can’t do anything about such notifications safely while driving, it’s totally fine to have them flow in only once I’ve arrived at my destination.

What’s most important, though, is that Do Not Disturb While Driving could reduce the number of injuries and fatalities on the road by helping both you and other drivers focus on the road. We’re looking forward to seeing if those horrible distracted driving statistics drop once iOS 11 becomes widespread.

Do Not Disturb While Driving iPhone, iPad, & iOS

Comments About iOS 11 to Bring Do Not Disturb While Driving