I seem to have touched a nerve with “What’s Wrong with the Touch Bar” (4 August 2017), sparking a number of blog posts and commentaries, such as Chuq Von Rospach’s “The Life and Death of the Touch Bar” and “More Thoughts on the Future of the Touch Bar and Apple ID.” By and large, people agreed with my analysis, but a few folks pointed out neat uses of the Touch Bar that I had missed.

However, for the rest of us, I found or was alerted to a couple of built-in functions that are genuinely useful:

I found one Touch Bar function that may legitimately be game-changing. When you press Command-Shift-4 to take a screenshot of a selected portion of the screen, the Touch Bar lets you choose which type of screenshot to take: Selected Portion, Window, or Entire Screen. Even better, you can choose where to save that screenshot! By default, macOS saves screenshots to the Desktop, but via the Touch Bar you can instead choose the Documents folder, you can send it to the clipboard, or you can open the
screenshot in Preview, Mail, or Messages.

What’s wild is that your chosen screenshot destination will become the default for all subsequent screenshots — it’s not just a one-time selection. Of course, you can change this at any time with the Touch Bar. As far as I know, this is the first time macOS has let you modify the screenshot destination (apart from copying to the clipboard by adding the Control key to Command-Shift-3 or Command-Shift-4) without using Terminal.

But the big thing I want to share is something that I didn’t think was possible before: invoking Keyboard Maestro macros with the Touch Bar.

Well, it turns out that is true, although there’s no “official” way to do this. But I stumbled across a hack that makes it possible.

BetterTouchTool has long been one of my favorite Mac power-user apps, since it lets you configure all manner of keyboard, mouse, and trackpad shortcuts. It lets you create custom Touch Bar buttons and macros, but it’s not nearly as advanced as Keyboard Maestro. However, it can work as a bridge between Keyboard Maestro and the Touch Bar. 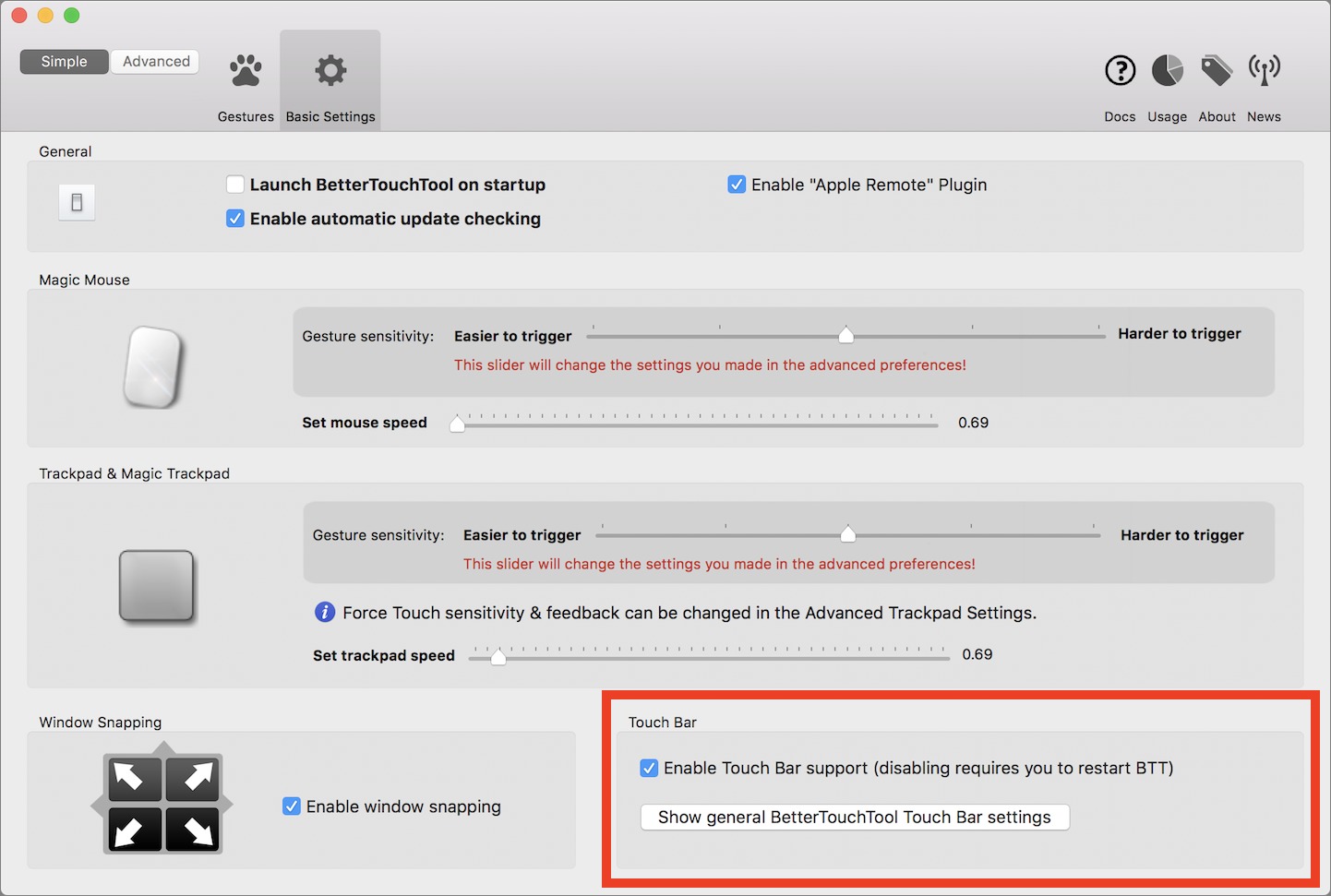 BetterTouchTool also offers predefined actions you can trigger. It’s not quite as powerful as Keyboard Maestro, so I’m just focusing on demonstrating how to trigger Keyboard Maestro macros here.

Once set up, you can hide or show your custom buttons with the BetterTouchTool button grafted onto the Touch Bar’s Control Strip. Activating a macro is as simple as tapping the button on the Touch Bar.

Even without diving into the details of BetterTouchTool macros, you can use this trick to trigger any action in macOS that can be invoked via a keyboard shortcut.

I hope these tips make the Touch Bar a bit more useful for you!

Comments About Making Better Use of the Touch Bar