Apple has released iOS 11.0.1, merely noting that it has “bug fixes and improvements.” However, in a separate note, Apple says this update resolves the issue with Microsoft-hosted email accounts detailed in “iOS 11 Mail Failing to Send with Microsoft-Hosted Accounts” (22 September 2017). 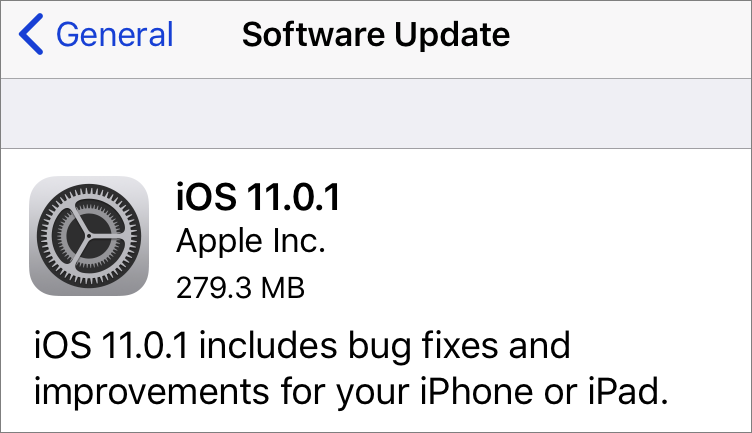 Those who were participating in the developer beta of iOS 11 may need to delete the iOS beta profile in Settings > General > Profile and restart the device to get iOS 11.0.1 to show up.