For roughly a year now, Google has been unleashing a flurry of hardware products – and related software and services – that compete directly with Apple products.

On 4 October 2017, Google did it again. Its third major press event within one calendar year boasted the company’s most extensive line of new hardware to date – often with features that will seem familiar to Apple users.

Google is also clearly thinking about other competitors, such as Amazon’s Alexa-powered Echo devices and Microsoft’s Surface machines that blend notebook and tablet attributes.

These announcements were Google’s most aggressive indications so far that it intends to be a contender in consumer hardware, ranging from mobile computers and home-security devices to home entertainment and the brave new world of augmented (and virtual) reality. Google also touted the growing intelligence of its gadgets, powered by the Siri-like Google Assistant that is finding its way into more and more of the company’s products. 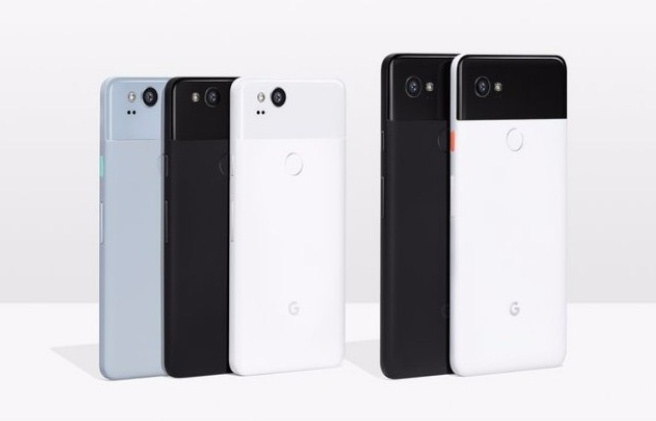 The lure here is less about looks and more about features that make the new Pixels worthy iPhone competitors. Notable Pixel 2 features include:

The Pixel 2’s rear-facing camera (it’s the same for both models) is perhaps the most significant upgrade, one that has earned it a near-perfect 98 score from independent camera site DxOMark (the iPhone 8 Plus scored 94 immediately prior to that).

The Pixel 2 phones also have some notable omissions. Google hasn’t added facial recognition for user authentication, instead sticking with its rear-mounted fingerprint sensor. Nor do the Pixels have wireless charging, as do the latest iPhones (and many Android phones).

In the final omission, Google has emulated Apple in dropping the standard 3.5mm headphone jack. Users have to buy a $9 adapter for the phone’s USB-C port (Google is not providing wired earphones, as Apple does), or go wireless. 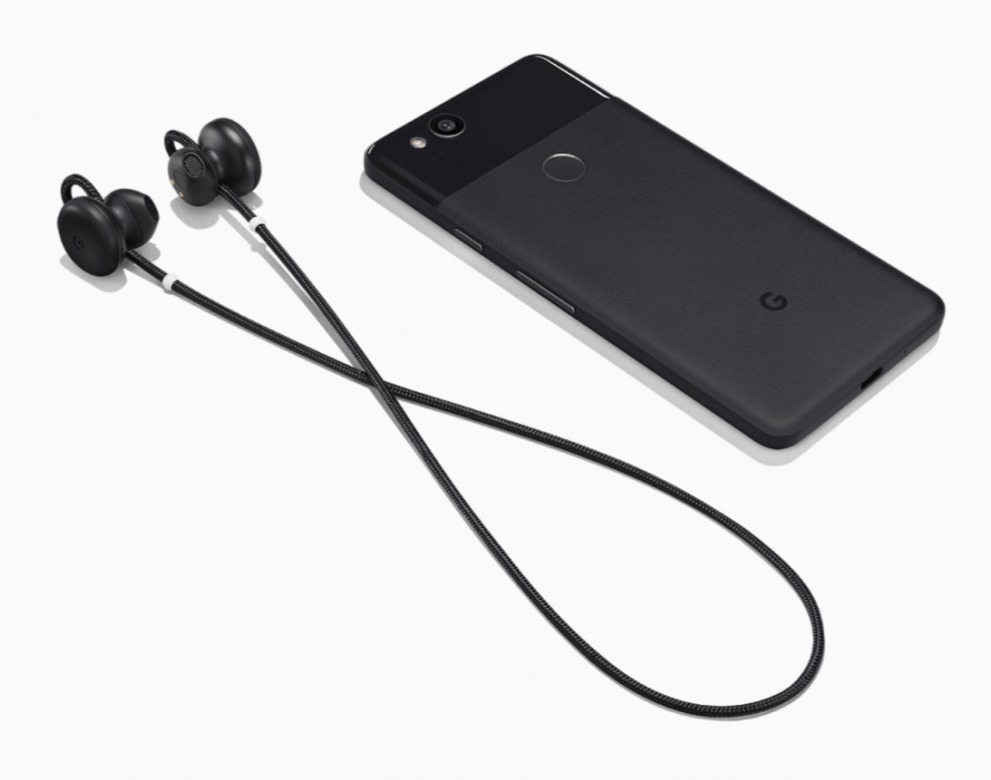 As with Apple’s AirPods (see “Apple’s Wireless AirPods Were Worth the Wait,” 20 December 2016), the Pixel Buds are intended to soften the blow of losing the headphone jack, while amping up the cool factor and providing some advanced features.

In physical design, the Pixel Buds more closely resemble the Beats X wireless earbuds made by Apple-owned Beats. In both cases, the earpieces have a connecting audio cord that drapes behind the head. Portions of the cord loop at either end to fit in either ear, along with the earpieces, to ensure that the accessory won’t easily be dislodged. Audio controls are built into a touchpad on the right earpiece — forward and backward swipes control the volume, and tapping plays and pauses.

Also like AirPods, the Pixel Buds come with a battery-equipped case for recharging the earbuds when they are not in use. The case provides up to 24 hours of listening time. It even emulates the AirPod case by offering to pair with a Pixel (or other Android phone) when its lid flips open. 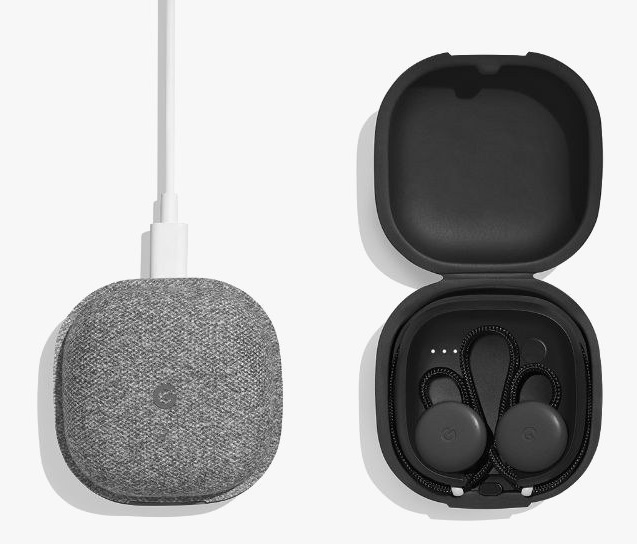 The AirPods and Beats X buds provide access to Siri — a relevant point since the Pixel Buds have comparable Google Assistant support. Here is where things get really interesting. Google Assistant support in the Pixel Buds includes on-the-fly translations — somewhat along the lines of a Star Trek universal translator, or the Babel fish in “The Hitchhiker’s Guide to the Galaxy.” When turned on, it enables conversation with a person who speaks another language — the earbud user
hears translations via the earpieces, and the other person hears his or her translations via the Pixel’s speakers, with Google Assistant as an active intermediary.

Google Pixelbook — Google has produced several notebook computers intended to compete with those from Apple and Microsoft — but with its own spin on such products.

A few years ago, it released the Chromebook Pixel, a fancy notebook (or “Chromebook”) that ran its browser-like Chrome OS, but was pricey ($999 and up). This laptop has been discontinued. More recently, Google put out the Pixel C, an Android tablet with a detachable keyboard and a more palatable price tag (around $600, not including the keyboard). It resulted in an imperfect experience because the phone-centric Android operating system doesn’t adapt as well to a bigger screen as Apple’s iOS does.

Now Google is taking another tack with its 12.3-inch Google Pixelbook, a “convertible” computer running Chrome OS that can be used in different configurations — laptop, tablet, freestanding video terminal — thanks to a display that can rotate 360 degrees to place the machine in a variety of positions. 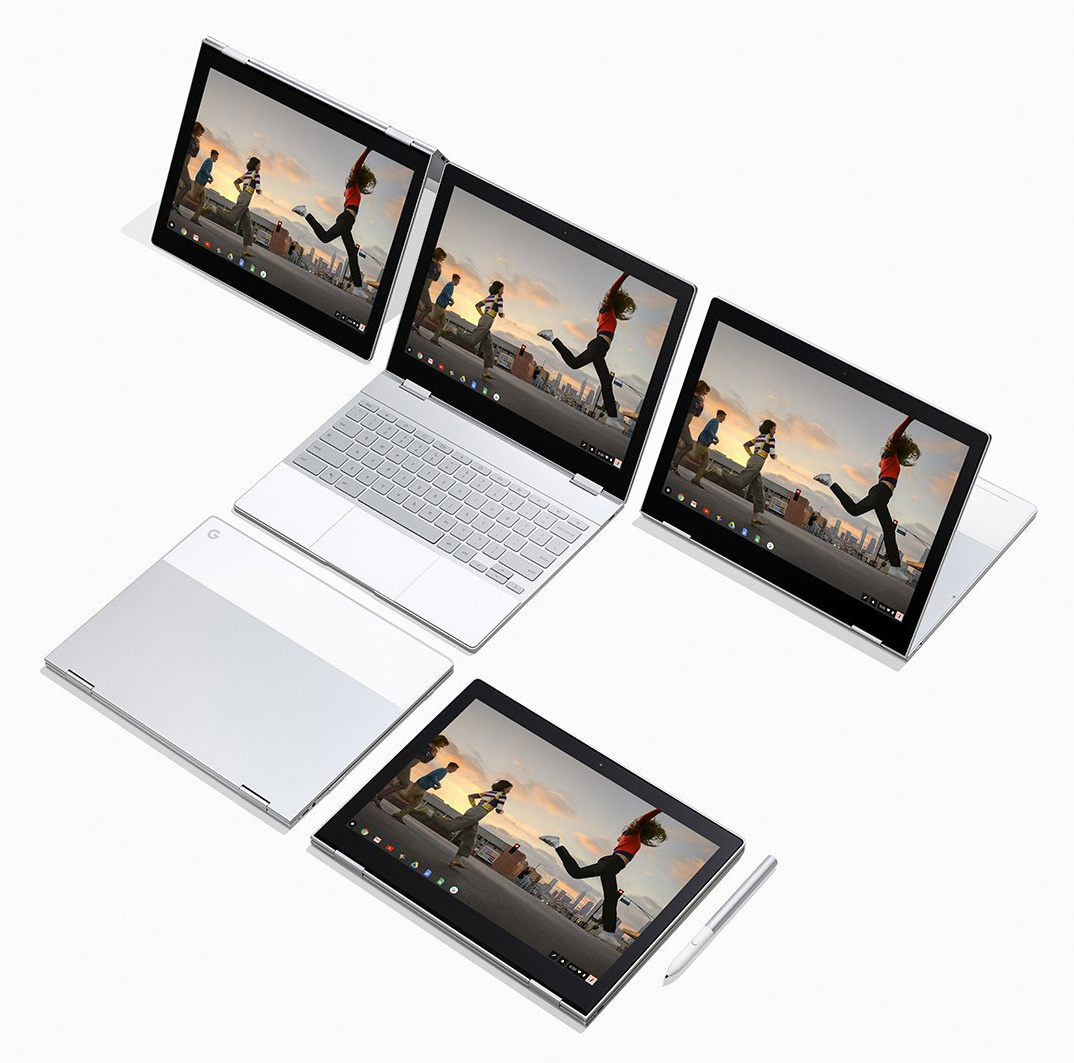 In this sense, it’s like many Windows-based convertible computers — and somewhat like Microsoft’s Surface machines, which are tablets with add-on keyboards for laptop-like use.

It’s different from Apple’s MacBook line, which takes a traditional notebook approach, but more similar to the iPad Pro, a tablet that can be used like a notebook with a Smart Keyboard cover. Google even offers the Pixelbook Pen, a stylus to rival the iPad Pro’s Apple Pencil stylus (and Microsoft’s Surface Pen), for use with the Pixelbook’s touch-sensitive display.

The Pixelbook’s specs are robust: Intel Core i5 and i7 processors, up to 512 GB of on-board storage, 10 hours of battery life, and more. Like the latest MacBooks, the Pixelbook uses USB-C for charging and peripheral connectivity.

It’s the first such machine with the Google Assistant built in. It also offers easy tethering with Pixel phones for cellular access to the Internet, much like macOS makes it straightforward to use an iPhone or a cellular-equipped iPad as an online hotspot.

At $999 and up, however, the Pixelbook revives a thorny question: how many people will pay a laptop-like price for a Chrome OS machine that is basically just a window onto the Web? Most so-called Chromebooks are much less expensive, which is one reason why they’re so popular in schools, but the Pixelbook occupies an entirely different price point.

Meet Max and Mini — When Amazon’s Echo speaker with its built-in Alexa assistant took the tech world by storm a few years ago, Google responded with the Google Home speaker with Google Assistant built-in.

Of particular interest to the Apple universe is the Google Home Max, a compact but powerful home speaker that, like the original Home, incorporates Google Assistant. The $399 Home Max is clearly gunning for the HomePod. Both have robust specifications along with the intelligence to tailor their audio to their physical surroundings. 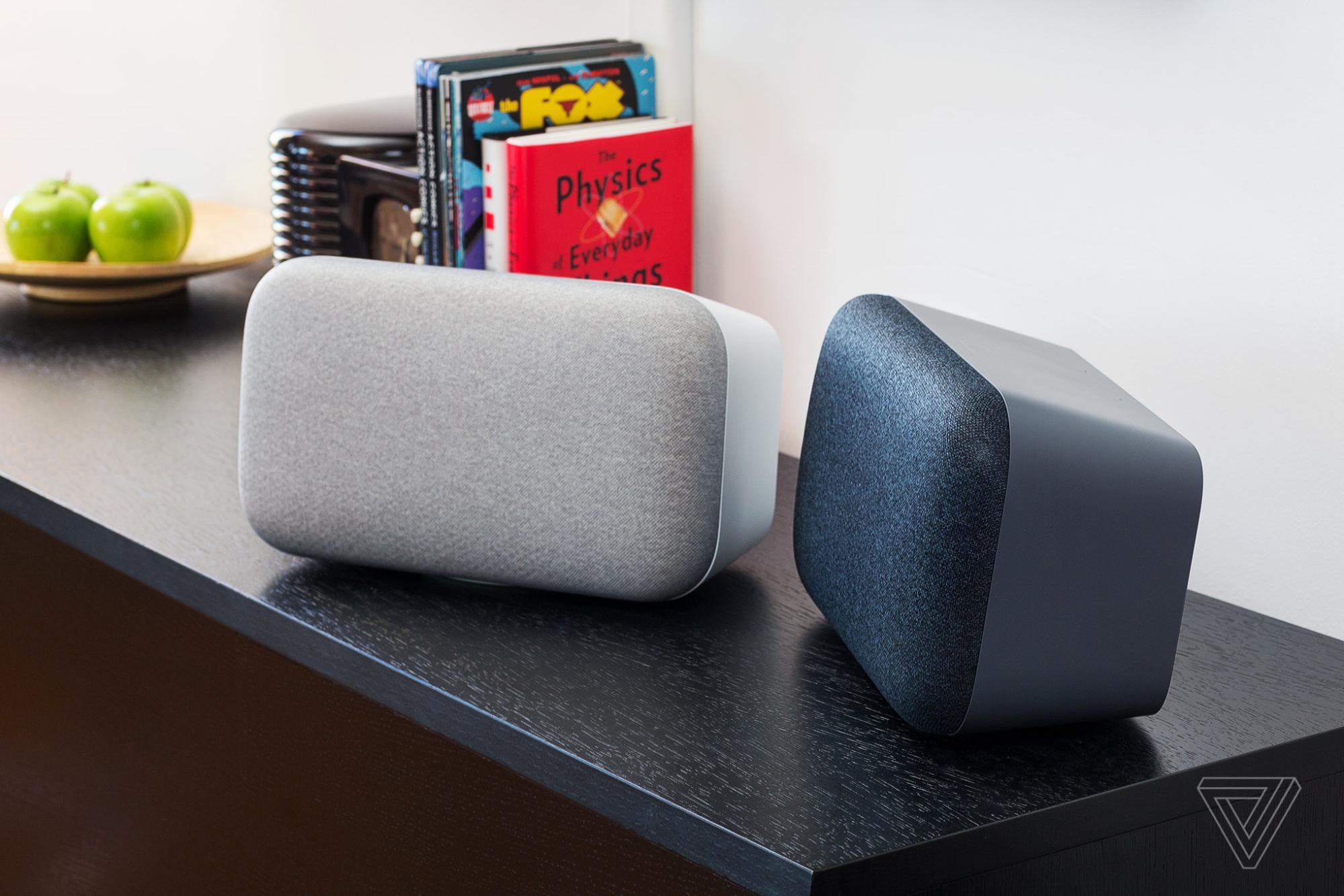 The Home Max’s design is a bit more versatile, being a rectangle that can be positioned on a flat surface vertically or horizontally, unlike the cylindrical HomePod that has just one upright position.

The Home Max could have an advantage over the HomePod in its support of multiple music services like iHeartRadio, Pandora, Spotify, and TuneIn, along with its own Google Play Music and YouTube Music. The HomePod reportedly will support only Apple Music to start.

With a much smaller gizmo called the Home Mini, Google is aiming at Amazon’s Echo Dot, the miniature variation of the Echo. The Home Mini’s rounded, pebble-like, fabric-covered design is a bit more appealing than the utilitarian-looking Echo Dot. The Google device is said to sound a bit better, too. 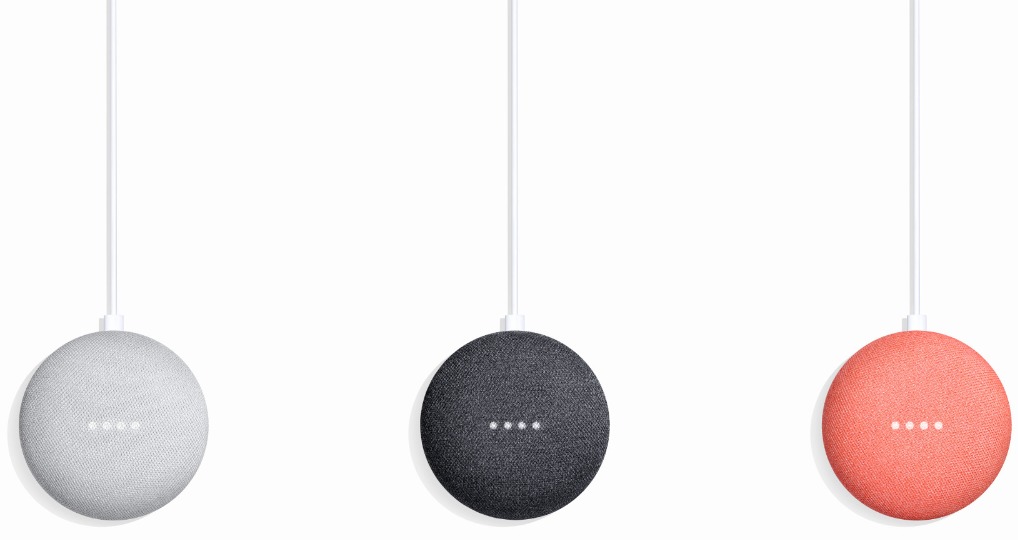 Other Google News — Google threw in a few other announcements at its press event, including: 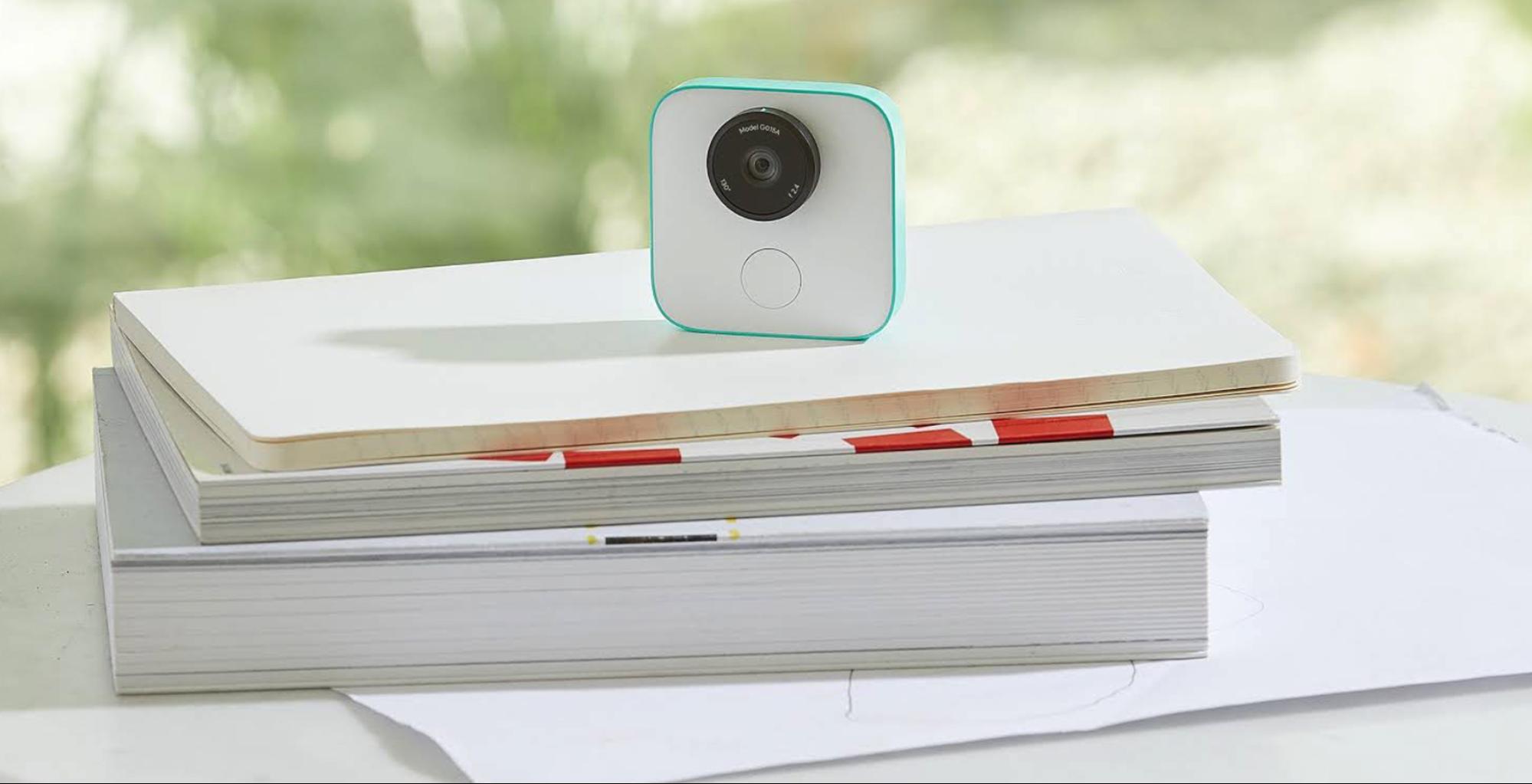 Google vs. Apple — At first, Google was just an Internet search company. Later, it expanded into other Internet services like Gmail and Google Maps, and still later, it got serious about software, including the Chrome Web browser and Android operating system.

But now Google is very much also a hardware company. From smartphones and wireless earbuds to notebook-tablet crossovers and smart speakers, the latest Google products clearly aim to be Apple alternatives.

As good as they are, these products probably won’t lure many people out of Apple’s extended ecosystem, but they may prevent more people from switching from Android to iOS.