Whenever I report for TidBITS from CES (aka the International Consumer Electronics Show, which is no longer its formal name) in January, I always have a story from PEPCOM, a sort of “mini CES” that isn’t affiliated with the main show. PEPCOM schedules it at a convenient time, offers us free food and an open bar, and narrows the vendor list to 150 instead of the 10,000 media representatives at CES proper. Everybody’s happy.

PEPCOM recently ran a branch expo in New York City called the “Holiday Spectacular,” and if you’ve had a bad day, perhaps a little schadenfreude will help. PEPCOM gives press USB flash drives containing PR materials on all exhibitors, but instead of the usual promotional PDFs, one of the exhibitors managed to publish his contract with PEPCOM, complete with signatures and how much his company paid for the booth. I can’t imagine his next day at work was pleasant.

My usual rule is to use the ? emoji to indicate when someone gave me significant promotional swag, but that didn’t happen this time. A few companies offered me review units for future articles, though, and occasionally we get to keep them; I’ll make a note of such things in any future articles.

Anker Nebula Capsule Projector — I’m a fan of Anker batteries and chargers. Anker has what seems to be the annual range of improvements to its standard lineup: batteries with the same form factor have longer charges and chargers that pump out a few more watts. But the impressive new thing is a portable projector called the Nebula. The size and shape of a soda can, and weighing under a pound, it’s a video projector with a 360-degree speaker. It runs on last year’s Android Nougat, so you can either stream from your devices or download apps like Netflix directly to it. (Nebula uses the Google Cast protocol, so streaming works from
any Mac or iPhone, but you must first move your videos into a compatible app or Web site.) The video was sharp under bright lights to a screen a foot or two away; it would probably do fine in a dim room with a bigger picture at a longer distance. I’m unclear whether you can angle a Nebula to project from a low table. You’ll get 2.5 hours of video on the internal battery, and Anker will sell you external batteries. It’s shipping in December for $349; you can pre-order on Indiegogo for $269. 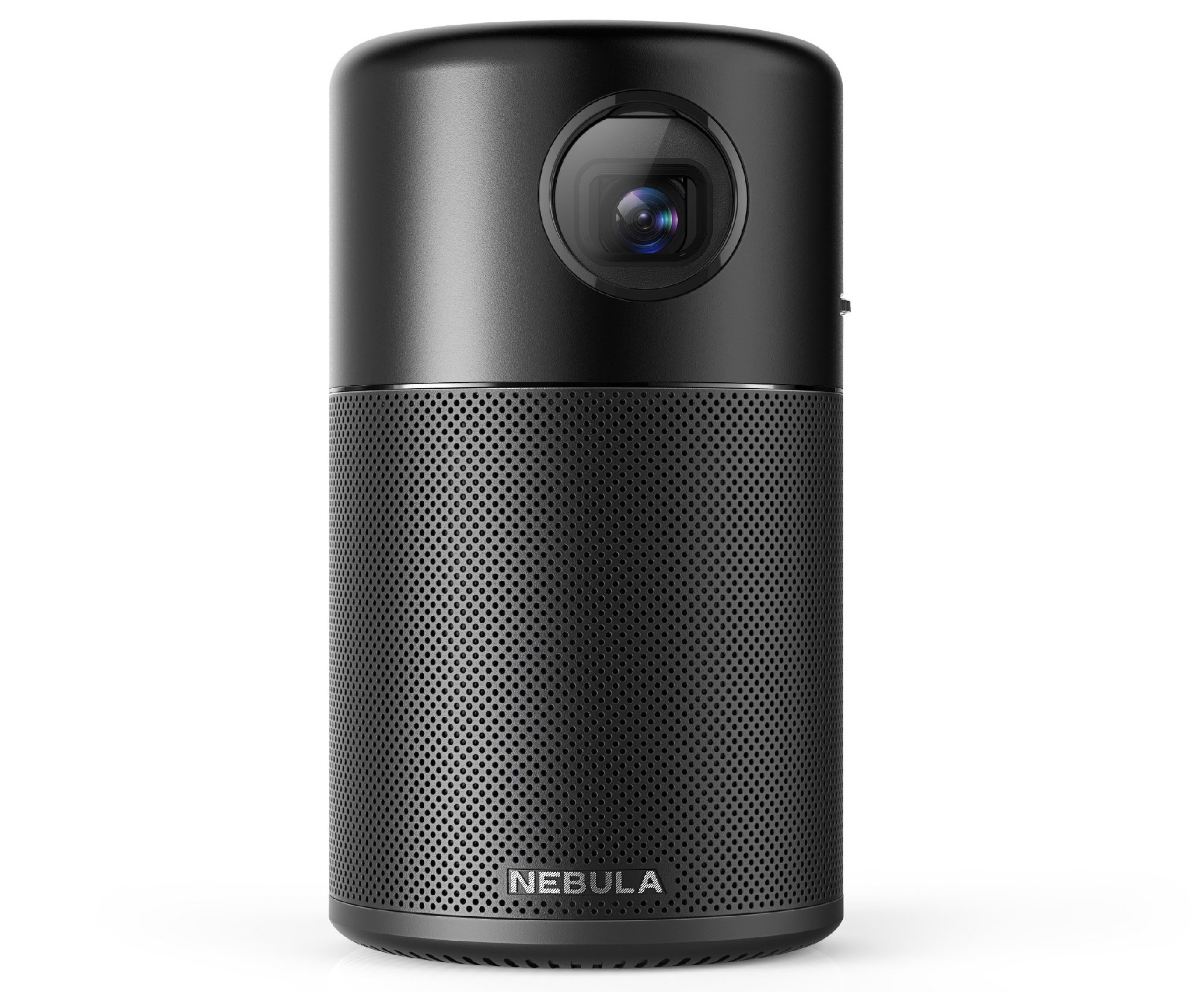 JLAB Audio — I didn’t get to listen to JLAB’s new Epic Executive Bluetooth headphones, and I have to admit, despite having a half-dozen different wireless headsets from various CES shows, I still usually use my cheap Philips wired set because it’s one less thing to charge. But a couple of things caught my eye about the Epic Executive: its $99 price tag, purported 11-hour playtime on a single charge, and the active noise cancellation which usually bumps the price to three figures and reduces playtime to 7 hours. Pre-order now and it promises to ship in late
November; the company’s Web site currently offers a 20 percent discount on your first order.

Xfinity Mobile Cellular Plans — Let’s get my bias out of the way: there are a number of companies I hate buying from, and just after nearly every airline that flies out of Philadelphia, Comcast is high on that list. (Not that Verizon is much better, but man, FIOS is sweet.) That said, if you’re already a Comcast subscriber by choice or due to lovingly monopolistic practices in your area, you might want to give Comcast’s Xfinity Mobile a look. Comcast says it now supports the 2017 iPhone models, including the iPhone X, but what impressed me is that the plans are pretty good. What’s included: family plans for up to five
phones, no line fees per phone, unlimited talk and text, and access to a bazillion Xfinity Wi-Fi hotspots. It costs $12 per GB for cellular data or $45 for unlimited data to any individual phone. (That is, give Mom and Dad unlimited for $45 each, and meter your kids, if you like.) The whole thing is on Verizon’s network, which is reasonably solid for most people. The worst part is having to be a Comcast customer already. But note that the reason Xfinity Mobile has so many hotspots is that every home’s cable router becomes one, whether you like it or not. Regardless of the fact that security is decent (under the hood, it’s a separate network), forcing everyone to participate in this hotspot network is the sort of behavior
that makes me avoid Comcast.

Tile Slim and Sport — Numerous companies offer “find your stuff with Bluetooth” tracker tags, but Tile’s offerings have a few new wrinkles. The Tile Slim is now “the width of two credit cards,” with the same range as the older, thicker tags. Meanwhile, the Tile Style and Sport somehow manage to get a 200-foot range out of Bluetooth, which I didn’t think was possible. All Tiles have a crowdsourcing function; lose one outside of your Bluetooth range and any other Tile that can see it will show up in the app. $35 for the Sport and
Style, $30 for the Slim, $25 for the original Tile Mate; various discounts available if you buy several.

Monoprice Crosses the Atlantic — Monoprice has a good reputation among techies who like cheap cables, but the general public mostly hasn’t heard of the company. I’m a bit unclear on how easy (or not) it is for Europeans to shop from U.S. Web sites, but Monoprice is making it simpler with its expansion into several European countries, starting with the United Kingdom. Germany, Italy, Spain, and Switzerland are next on the list.

Piper Computer Kit — When I was a kid, my parents bought me a Science Fair electronics kit, which I played with endlessly. The Piper Computer Kit is a bit of that and a bit of the 2017 version of the Apple I (they even get Woz to promote the Piper on the home page). It’s built around a Raspberry Pi and comes with all sorts of stuff to make a Pi playful, including a blueprint that spreads out like a floor mat. What caught my attention was the aesthetic: the finished unit is charmingly clunky, the box design graphics are all
Minecraft-inspired, and opening the box creates a moiré effect that I haven’t seen on a toy since the 1970s. But given how cheap a Raspberry Pi is, the Piper Computer Kit may feel pricey at $299. You can also pay $45 more for a year of warranty service, support, and early beta access to the apps it runs. 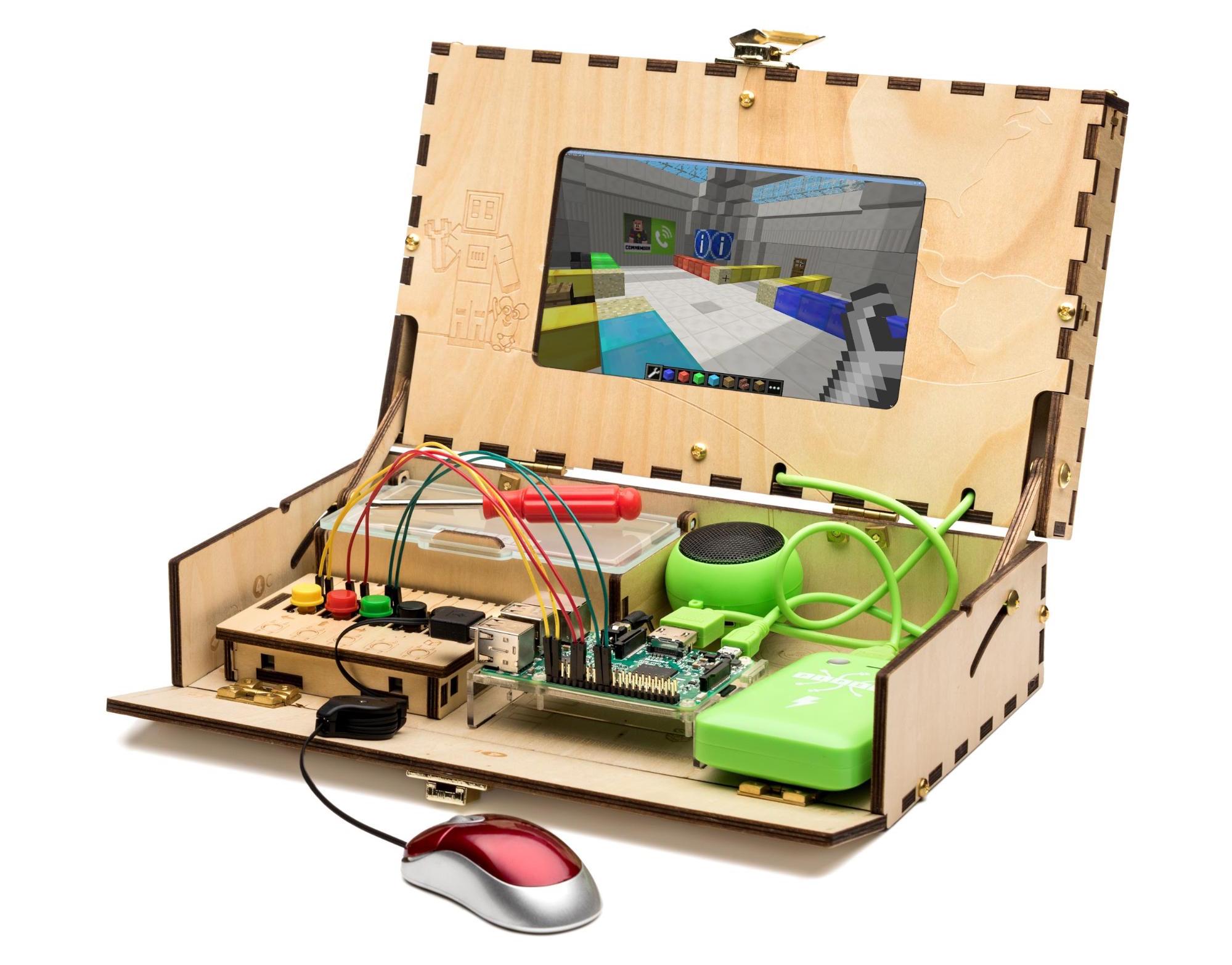 Polaroid Pop — While I’m on the topic of 1970s nostalgia, I’ll mention the Polaroid Pop, a digital camera that prints out instant photos on actual paper immediately. (You see, kids, back in the day we had to actually “develop” our pictures.) A smallish screen lets you jazz up your photos with filters, stickers, and such before you print them, and if you insist on living in the 21st century, everything is stored on a regular SD card just like a normal digital photo. It will cost $199 “before the holiday
season,” and you’ll need to pay $10 for a pack of 10 of the photo blanks that become your Polaroids. Yes, once again, you need to buy stuff to make your camera work.

Seam Lotus “Social Safety Network” — There are already a bunch of ways to share your location or audio/video to a group of friends, and at first I thought Seam was just one more. It is, but with a twist: it has a hardware button called a Lotus that activates the app remotely. The idea is that you wear the Lotus (on a necklace, a wristband, or loose in your pocket) and press the button to alert your private network of what’s going on around you. Maybe you do this just to share, and maybe you do it because you’re in a scary situation and you want your friends to know. Perhaps useful for the Tinder generation? I don’t
know, but Seam is worth keeping an eye on, particularly if you regularly find yourself in threatening situations. A Kickstarter in November gets you the Lotus for 40 percent off the $119 retail price; the app is free.

Link AKC Smart Collar — It has been a long time since I was a dog owner, and that little guy was very much an urbanite: most days, once around the block on a leash was his big hurrah. If your pooch is more free-roaming, you might like the Link AKC. Yes, it has the fairly standard GPS tracking you might expect, which you can watch on your iPhone, but it also lets you set up a geofence with alerts. And if he wanders out of eyesight and earshot, you can turn on lights and alarms to find (and annoy) him. Pricing is a bit hard to fathom: the press release says $199, the Web site says $149, and there’s a pop-up offering a $99 price if
you give them an email address, which you’d do anyway if you buy it. You’ll also be ponying up a monthly fee because this puppy (so to speak) uses an AT&T cellular connection. It’s $10 per month, with discounts to $8 or $9 with annual plans. Be sure to note the 30-day free trial, since other devices like this suffered from connectivity problems and were annoying to charge — this one supposedly lasts two days per charge. 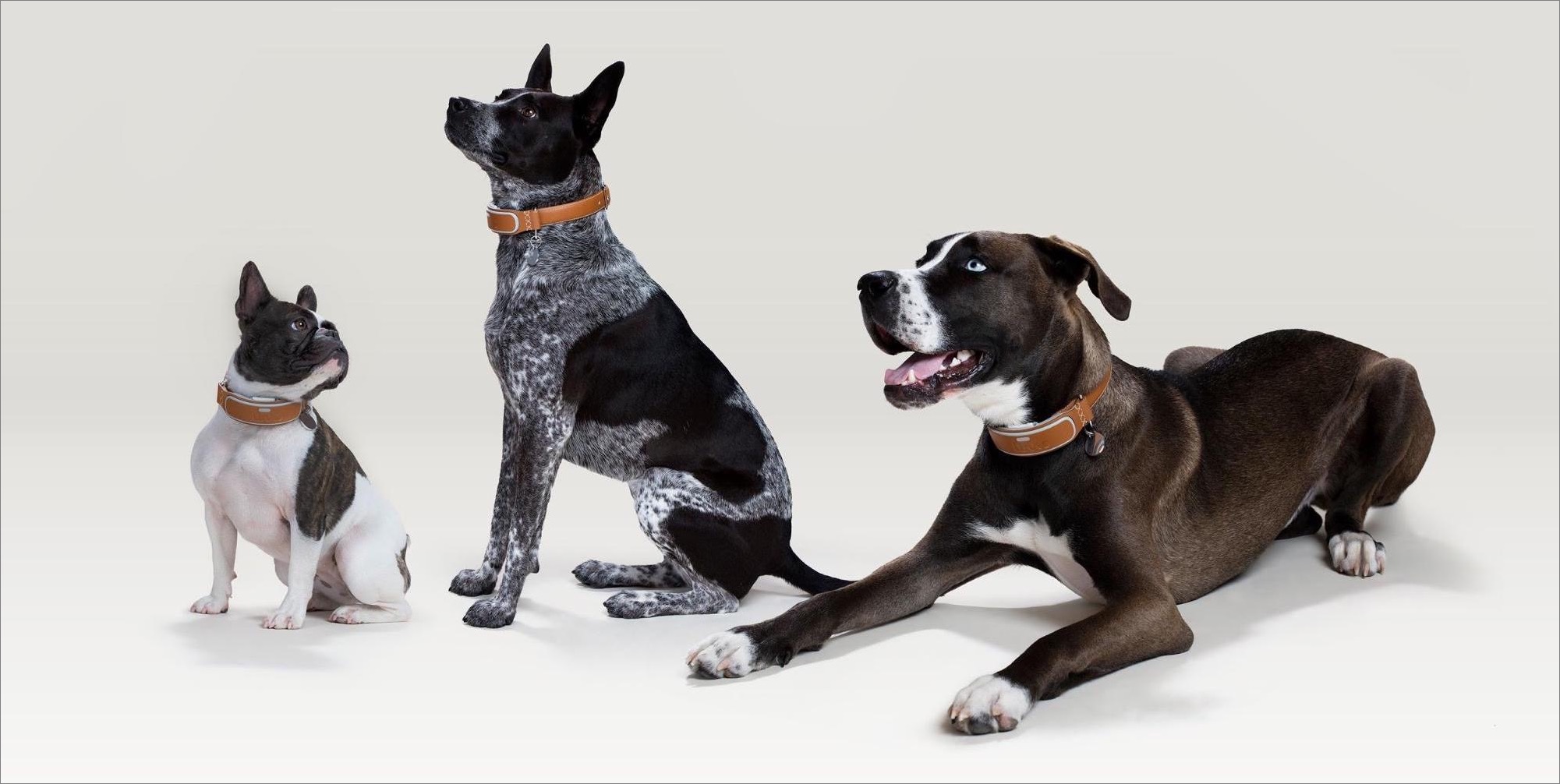