Apple has released a tiny iOS 11.1.1 update that addresses just two issues: the bizarre bug that autocorrected the letter “i” to the letter “A” followed by a question mark in a box (see “Me, Myself, and A⍰,” 7 November 2017), and a bug that would make Hey Siri stop working. 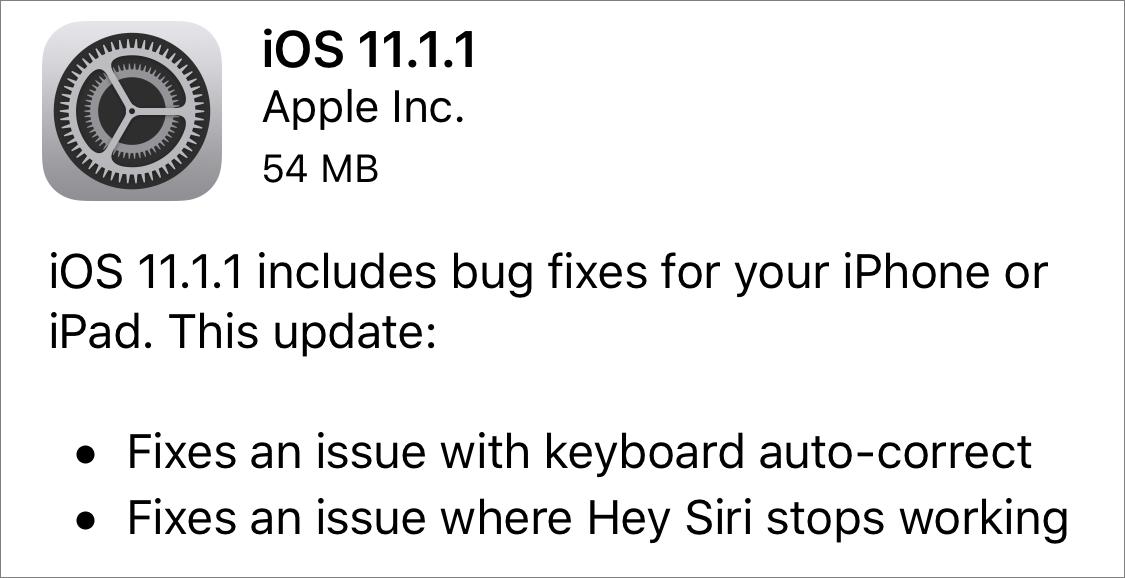 Unfortunately, it does nothing to fix the calculator input lag we noted in “iOS 11 Calculator Lags Cause Errors” (9 November 2017).

The update, which is 54 MB for the iPhone X, can be obtained either in Settings > General > Software Update or via iTunes.