Apple has released iOS 11.1.2 to address two issues with the iPhone X: one where the screen becomes temporarily unresponsive after a rapid temperature drop and another that could cause distortions in Live Photos and videos. 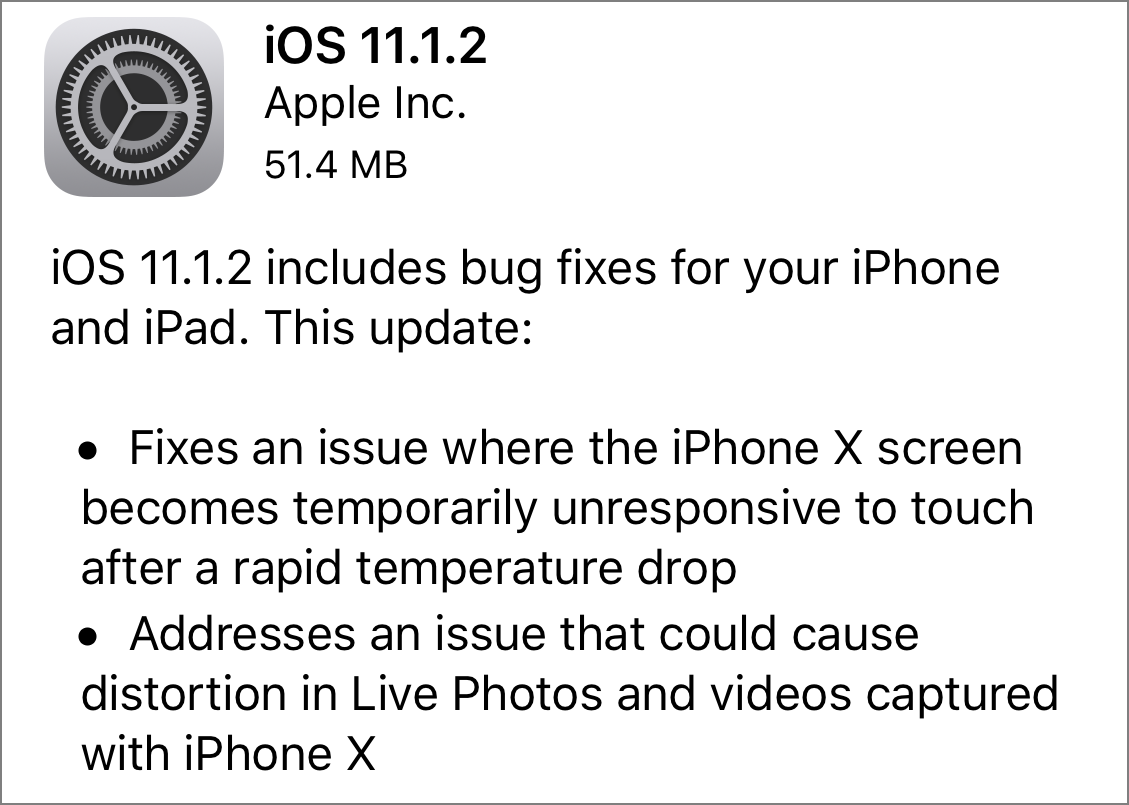 Despite the fact that the two bugs described apply only to the iPhone X, Apple has made iOS 11.1.2 available to all iOS devices. So, if you have an iPhone X, and particularly if you live in a cold climate, it’s probably worth updating within a few days.

Owners of other iOS devices can likely wait for another update because this one has no security fixes.