Some months ago, I noticed that something was slightly wrong when I was using Google Chrome. I’d type something in the address bar and get the auto-complete suggestions appearing below, but when I arrowed down to select one of the items in the list, I couldn’t tell which was selected. It was as though I’d lost the gray highlight color. It happened on both my iMac’s internal display and the external Thunderbolt Display, and none of my usual troubleshooting techniques helped explain what was happening. I eventually shrugged and chalked it up to gremlins.

A few weeks later, the problem got worse. I normally have the background of BBEdit documents set to a very pale yellow, but they had somehow reverted to white. Plus, Web pages with light backgrounds were also showing with a garish, glaring white. Again, restarting and standard troubleshooting made no difference.

I was complaining about the problem to Josh while on a video call later that day, and as I explained what I was seeing, I suddenly had a brainstorm that perhaps it was related to an accessibility setting. I opened System Preferences > Accessibility > Display, and indeed, the Display Contrast slider wasn’t at its left-most default position. 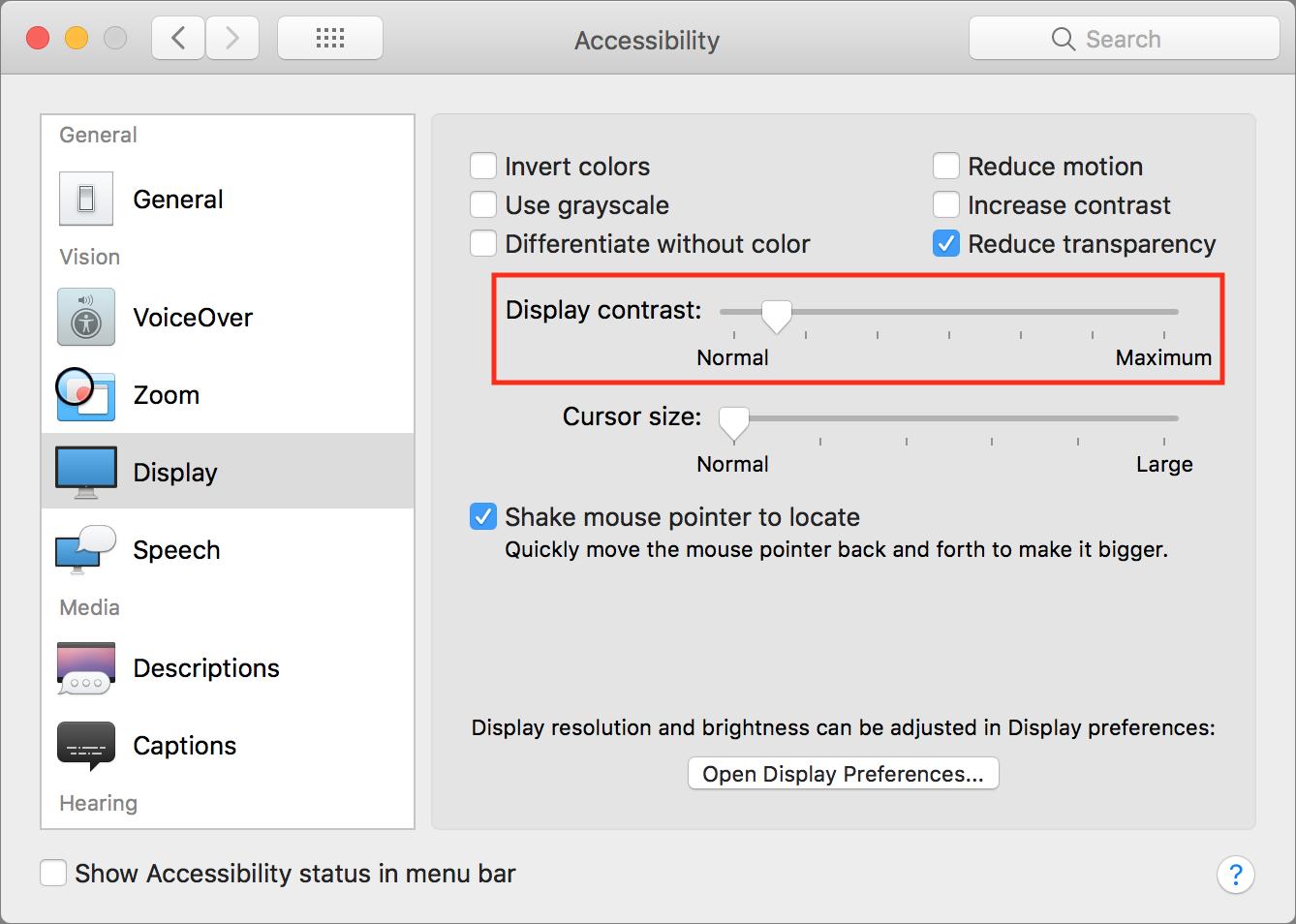 Sliding it back to the left solved both problems instantly, but how could that setting have been changed without my knowledge? I knew I hadn’t adjusted it manually. On another hunch, I checked the keyboard shortcuts in System Preferences > Keyboard > Shortcuts > Accessibility and indeed, there are two Contrast shortcuts, and for reasons I can’t explain, they were enabled — which wasn’t true by default on other Macs. It’s possible that some previous version of Mac OS X had them enabled by default, or perhaps I turned them on inadvertently years ago without realizing the implications. Either way, once I saw the actual shortcut for Increase Contrast, I realized what had happened. 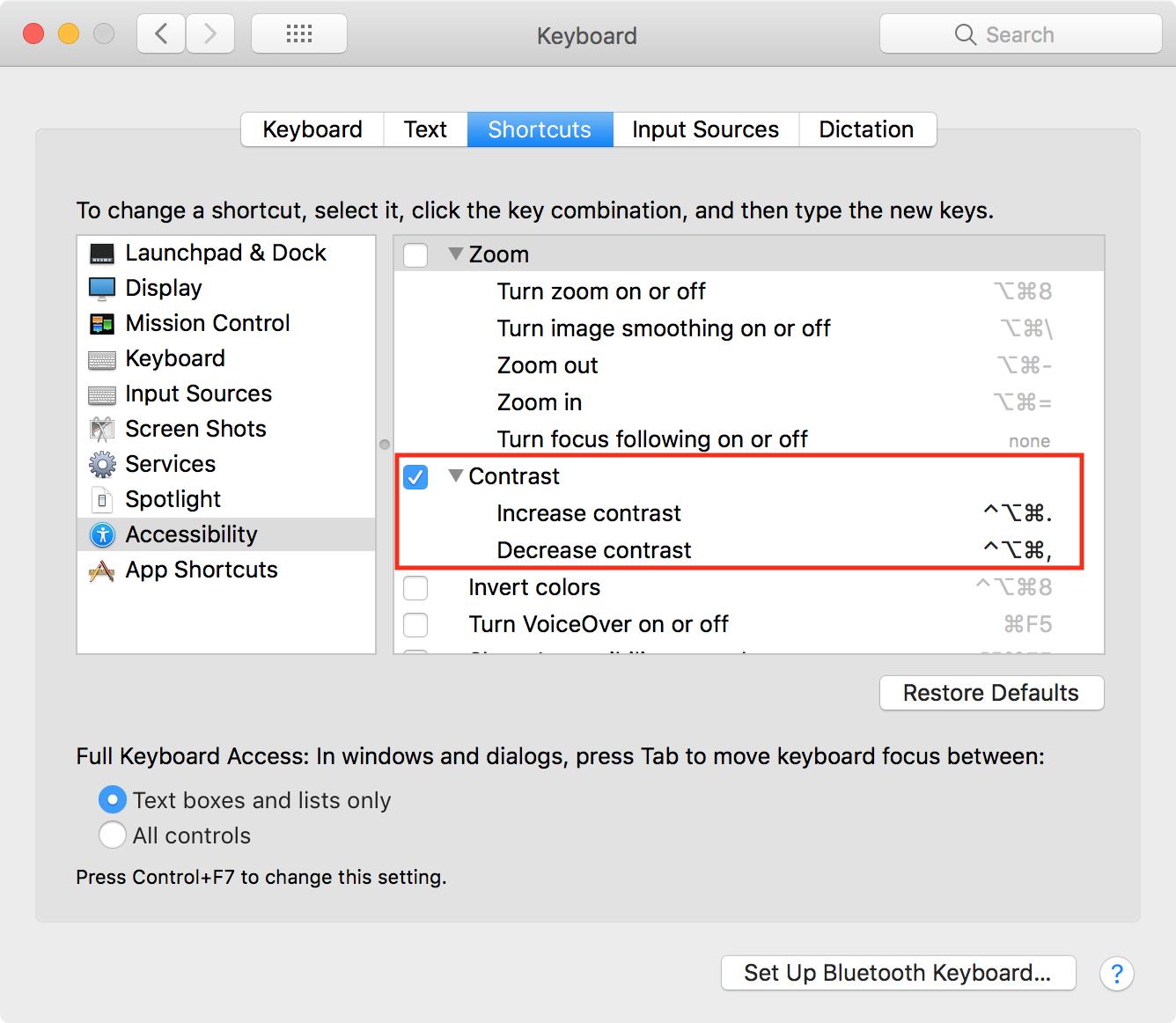 That shortcut was set to Command-Control-Option-. which was easy for me to press accidentally because the shortcut I use to invoke the Keyboard Maestro macro that inserts my “cheers… -Adam” email signature is Control-. I also have Control-Option-. set to insert a more-complete email signature, and between the two of those, I must have had a finger slip and activate the shortcut for increasing display contrast. Twice.

I don’t expect that anyone would experience this exact problem, but if you feel like your screen is brighter or whiter than it should be, check the Accessibility preference pane to make sure the Display Contrast slider is all the way to the left. Also, it’s worth taking a spin through your keyboard shortcuts and disabling anything you don’t recognize so accidental keyboard presses don’t cause unexpected behavior.