Being a journalist today requires being able to do much more than just write well and quickly. You also need to be an adequate photographer and be comfortable with live audio and video. Standard Apple gear — Macs and iOS devices — provides sufficient hardware for getting started, but some accoutrements can improve your output. In particular, lighting can be troublesome, since many offices aren’t well lit, which can result in dim video, overly exposed flash photos, or glaring reflections from nearby light bulbs.

Polaroid has a new product to help anyone trying to improve lighting for photography or video work: the Polaroid Flexi LED Light Panel. It’s an 11.8-inch (30 cm) flexible nylon panel with 256 bi-color LEDs wired into it in a 16-by-16 grid pattern.

Its wire edges are covered with Velcro so you can stick it to an easy-to-assemble metal frame. It comes with a similarly sized square of thin nylon cloth, also edged in Velcro, that you attach to the other side of the metal frame to act as a diffusion filter. One edge of the metal frame has a ¼-inch threaded screw hole designed for use with standard tripod mounts, or you can attach an included hand grip.

You get quite a bit of control with the remote. You can increase and decrease the brightness, with a maximum output of 4500 lumens. That’s a lot — a standard 100-watt incandescent bulb puts out about 1600 lumens. Polaroid doesn’t say what the output is on the low end, but it’s worth noting that the light doesn’t flicker when it’s dimmed all the way down.

The remote also lets you change the color temperature from 3200 K to 5500 K (that’s degrees Kelvin). 3200 K is in the relatively warm “soft white” range and provides more orange/red light, whereas 5500 K has more blue in it and is the average noon daylight color — in light bulbs, it would be referred to as “cool white” or “daylight.” The utility of being able to change the color temperature is that you can adjust for other light in the room so skin tones look the way you want. 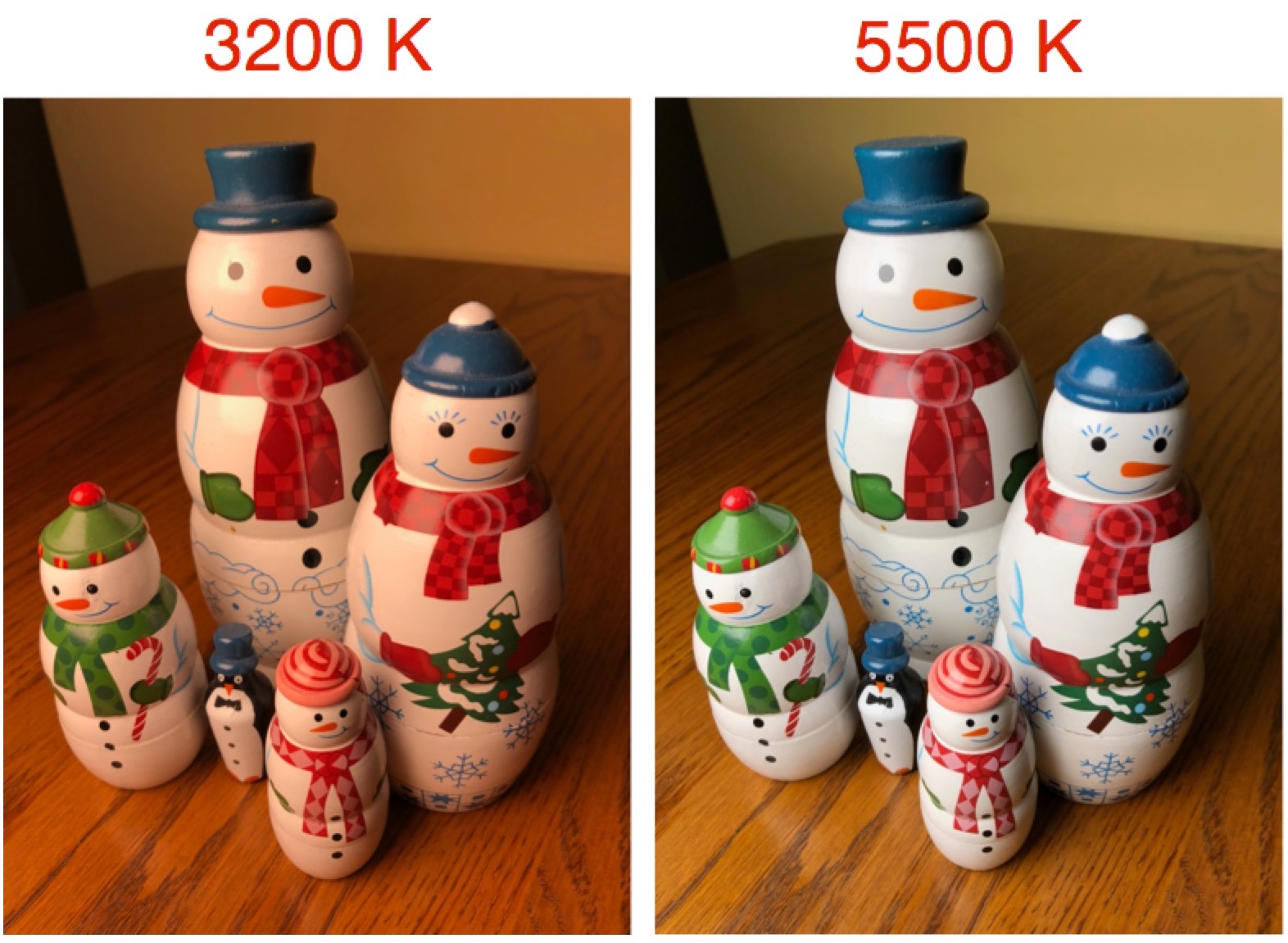 If you’re a serious photography geek, the light panel has a CRI — color rendition index — that’s equal to or greater than 90. CRI measures a light source’s ability to render colors the same way sunlight does, and a number over 80 is considered acceptable for most indoor residential applications. A photographer friend who works in Digital Preservation at Cornell University said that he has to buy lights that have a CRI of 98 or higher for professional work. But the lights he works with cost over $1000 and
require bulky cases.

In contrast to that high-end gear, the Polaroid Flexi LED Light Panel costs about $125 and, because it’s flexible, can be broken down, rolled up, and stored in a flexible carrying case similar in shape to a family-size loaf of bread. Just don’t fold it in half.

So far, I’ve used the light panel on a tripod behind my monitors to improve the lighting when I was a guest on the MacBreak Weekly podcast and to help with some of the photography we need to do for TidBITS Content Network articles. I particularly appreciated being able to put diffuse light — adjusted to compensate for the other lights on in the room — right on my face for MacBreak Weekly, since regular bulbs are too glaring to look at. And with the photography, the big win was being able to turn off other room lights that tend to reflect badly off shiny iPhone and iPad screens.

The only downside I’ve noted is that Polaroid says nothing about powering the light panel from battery packs for use in the field. It might be possible — the light panel claims to be using 24 volts at 2 amps — but I find it surprising that Polaroid wouldn’t mention such a capability because competing LED light panels I found are quite clear about which common batteries are compatible.

Speaking of which, I found another flexible light panel that’s radically more expensive, the $679 Westcott Flex LED Kit with a 95 CRI rating, and a very similar product from Samtian that’s less expensive and supports batteries, but can’t change color temperature. And then there’s a Powerextra LED light panel that’s a bit cheaper and full-featured, but it’s smaller, heavier, and not flexible. I haven’t used any of these, but one of them might be worth checking into if you need to use batteries instead of wall
power.

My review unit of the Polaroid Flexi LED Light Panel has to go back now, but I’ll be getting my own shortly — it’s just too useful for the kind of photography and video work we’re doing more of every day.

Comments About Let There Be (Inexpensive, Configurable, Diffuse, Portable) Light