In an unusual move, Apple has put out a press release that previews the changes in an upcoming dot revision to iOS, iOS 11.3, due out sometime in the northern hemisphere spring. Here’s what you can expect:

ARKit 1.5 — ARKit is the framework that developers use to develop augmented reality apps (see “ARKit: Augmented Reality for More Than Gaming,” 28 July 2017). In iOS 11.3, Apple says ARKit 1.5 will be able to recognize not just horizontal surfaces like tables and floors, but also vertical surfaces like walls and doors. Imagine playing racquetball in your living room with a virtual ball that doesn’t break your windows! The new version of ARKit will be able to map irregular surfaces better, recognize real-world 2D images like signs and posters, and improve its use of the camera, with 50 percent greater resolution and
support for auto-focus.

Although AR apps demo well, none has yet been a breakout hit. The improvements in ARKit 1.5 may help produce such a killer app, and it’s interesting that Apple chose to lead off its press release with a developer-focused change.

New Animoji — iPhone X users will have four new animoji to choose from: a lion, bear, dragon, and skull. Animoji are technically impressive, relying as they do on the iPhone X facial recognition capabilities, but does anyone over the age of 12 actually use them?

Business Chat — And now for something completely different. iOS 11.3 will introduce a beta of Business Chat, which will let users communicate directly with businesses in Messages. That may sound dreadfully dull, but Apple’s example is more interesting. In it, a customer gets a recommendation for a smart lock, which they then buy in the conversation using Apple Pay. Initial partners include Discover, Hilton, Lowe’s and Wells Fargo. 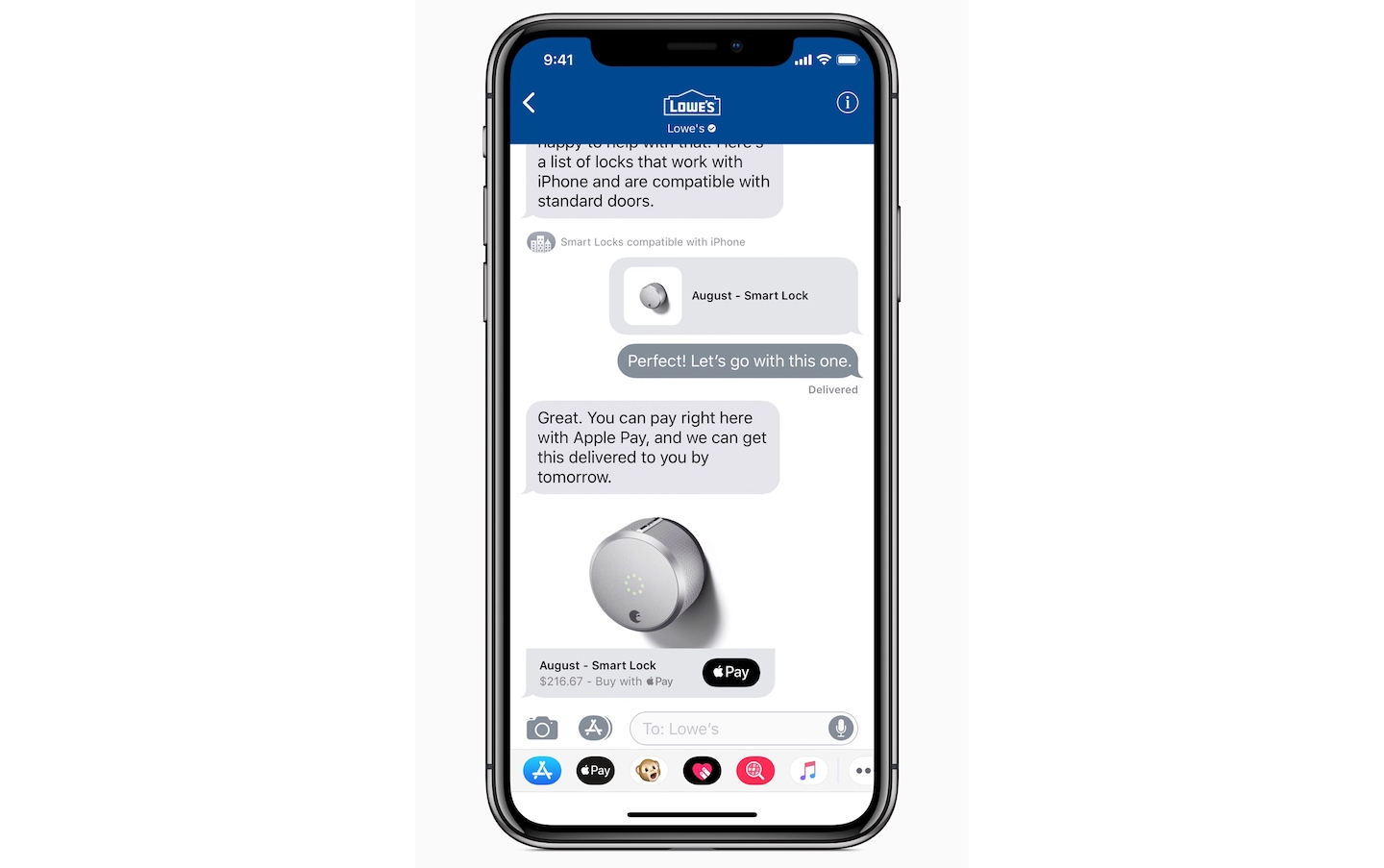 The attraction of Business Chat is that you can converse with a support rep, schedule an appointment, and make purchases within the Messages app without sharing your contact information. Plus, you can stop chatting at any time. Apple should eat its own dog food here and put Apple Support on Business Chat.

iOS 11.3 seems to be fulfilling that promise. On the iPhone 6 and later, you will be able to view your battery’s health in Settings > Battery. Also, you can see if Apple’s power management feature is on, and turn it off if so. In truth, turning that feature off is likely a bad idea — if you’re seeing significant enough slowdowns to warrant turning it off, you should just get a new battery.

Health Records — The Health app will be able to download health records from select hospitals. See Apple’s announcement for a full list.

For many people with ongoing health problems, quick access to health records could literally be a lifesaver. Even for those who are generally healthy, being able to look up exactly when you had some surgery or what drugs gave you bad side effects in the past will be welcome. 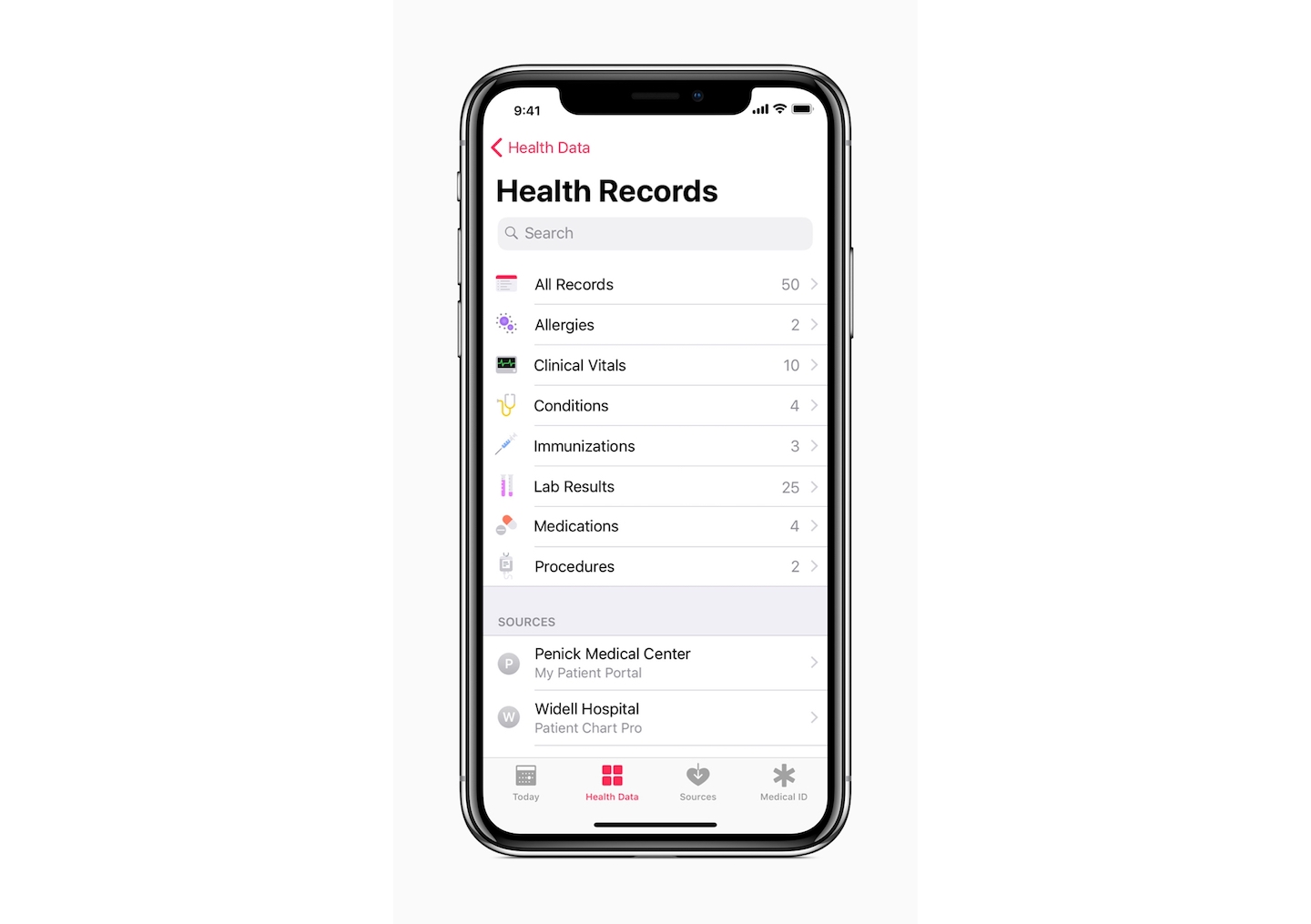 The problem, of course, is that hospitals and healthcare systems have to connect their existing patient portals to this system using a standard called FHIR (Fast Healthcare Interoperability Resources). Only 12 institutions are signed up at launch — we hope to see that number increase quickly. If you’re an IT executive at a U.S. health system and are interested in learning more, scroll to the bottom of Apple’s Healthcare page for an email link. And if you want to see
this feature from your healthcare provider, point them at the same page.

Other Changes — There will likely be even more small changes that Apple isn’t telling us about now, but here are those that warranted mention:

In July 2016, Google announced that nearly all Android devices support AML, so it’s good to see Apple catching up. The group behind AML, the European Emergency Number Association, claims that AML is vastly more precise than other emergency systems, sometimes pinpointing a location to within 12 meters. We don’t see any indication of AML being discussed for use in the United States, but if it’s that much better than existing systems, perhaps Apple and Google can work to lobby U.S. cell carriers to support it.

There are also a couple of changes that beta testers noticed, but that Apple didn’t mention. They may or may not appear in the final release:

Apple didn’t give a release date for iOS 11.3, saying merely “this spring.” Given the company’s problems with release quality of late — did you know that Apple has already put out ten updates to iOS 11? — we’re happy to wait a bit longer if that means we don’t have to download 11.3.1 and 11.3.2 in the weeks following.

Comments About Apple Previews iOS 11.3 Changes, Due Later This Year