AirPlay 2 isn’t here yet, but with iOS 11.2.5 and iTunes 12.7.3, Apple snuck in new remote control capabilities for tvOS and, presumably, the upcoming HomePod. You may even have stumbled across these new features and wondered what they were!

In the iOS Control Center, press the media platter to reveal playback controls. If you have a fourth-generation Apple TV or Apple TV 4K, you should see a new lozenge under the normal playback controls; those with more than one Apple TV will see a lozenge for each. (Sorry, this new feature doesn’t work with second- and third-generation Apple TVs). We’re guessing that the HomePod will get its own lozenge too.

The lozenges appear regardless of whether you’re playing anything on the associated device; they’ll just say Not Playing if nothing is playing. Otherwise, each lozenge displays information about the media that’s playing, and tapping the lozenge reveals media controls for that device. 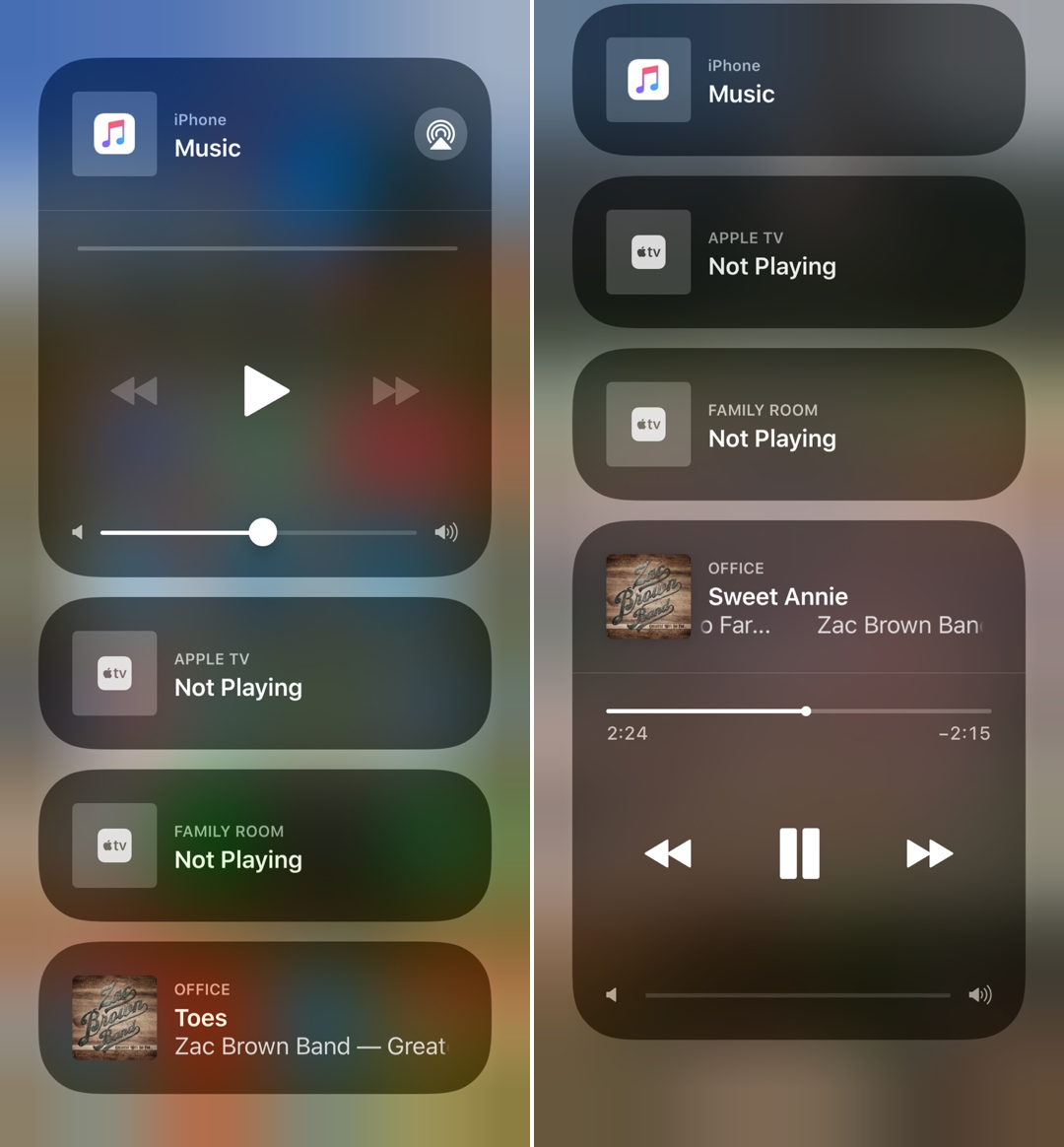 In iTunes on the Mac, click the AirPlay button, and you’ll see a list of Apple TVs under the Switch To heading.

Click one to make it so the iTunes media controls manage that Apple TV’s playback instead.

On Twitter, Christian Raddatz pointed out that once you’ve switched iOS or iTunes over to controlling the Apple TV, any music you load in the iOS Music app or iTunes will start playing directly on the Apple TV. If you start a playlist on your iOS device or Mac, it too will play on the Apple TV. This trick also works with Apple’s Podcasts app on iOS, but not third-party apps like Overcast, and it works only with audio, not video.

To switch back on either platform, follow these instructions again but choose the device itself instead of an Apple TV.

That’s it! This new feature isn’t earth-shattering, but it is a convenience for Apple TV users. I’ll discuss these and other new features in my upcoming update to “Take Control of Apple TV,” which is now in the editing process.