Remember how Code42 announced last year that it would be sunsetting its CrashPlan for Home backup service (see “CrashPlan Discontinues Consumer Backups,” 22 August 2017)? That won’t happen until 22 October 2018, but Code 42 encouraged home customers to switch to Carbonite, offering a 50 percent discount for the first year.

The cost of a new subscription to Carbonite just went up because Carbonite has quietly increased prices 12 to 20 percent:

Notice also that Carbonite changed the wording on its plans, switching from showing the yearly price to a monthly fee that’s billed annually, somewhat hiding the price increase. 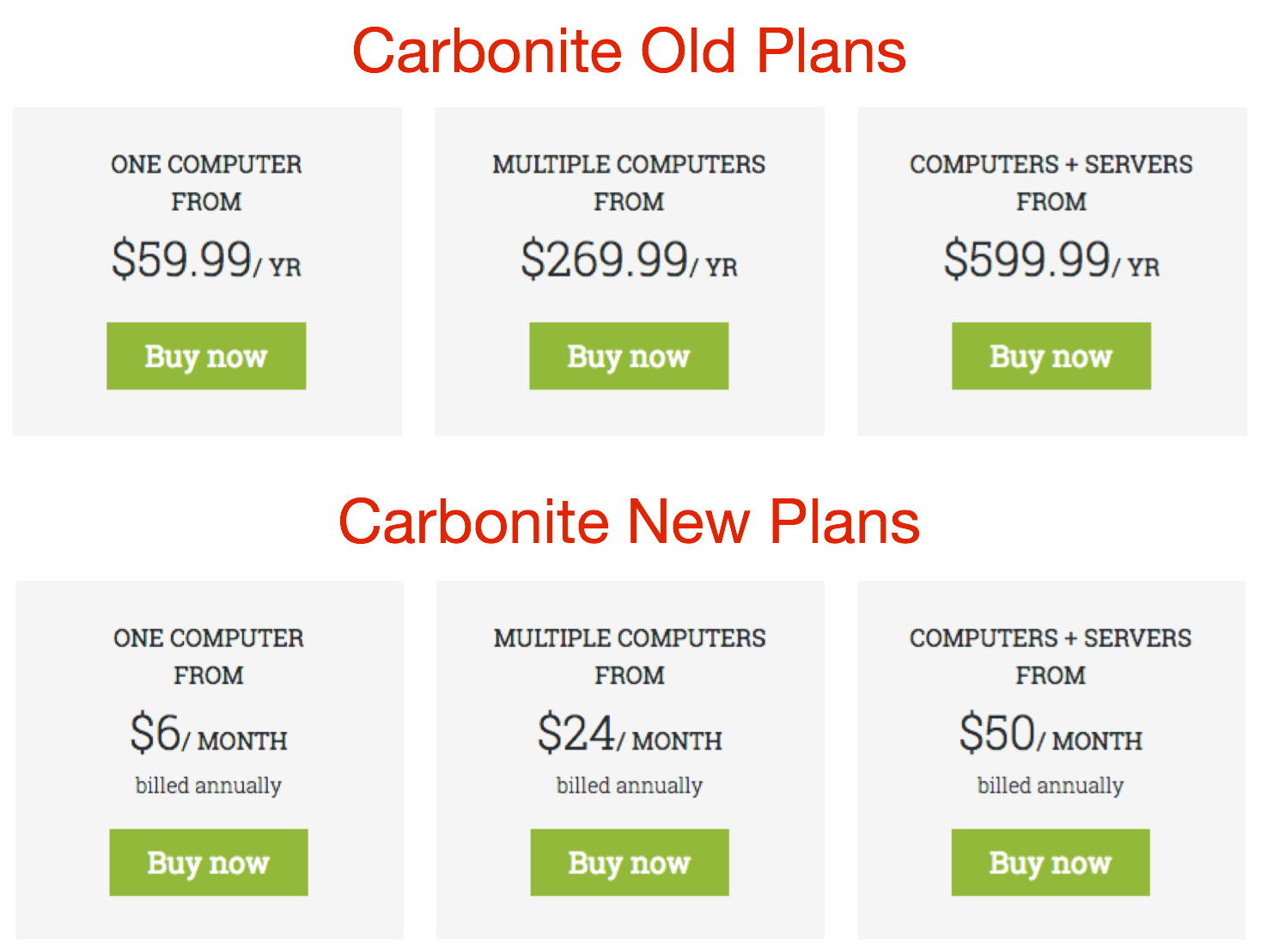 To the company’s credit, Carbonite is keeping the CrashPlan discount prices the same, so they’re now better than 50 percent for the first year. After that, they’ll go up to the new, higher fees. 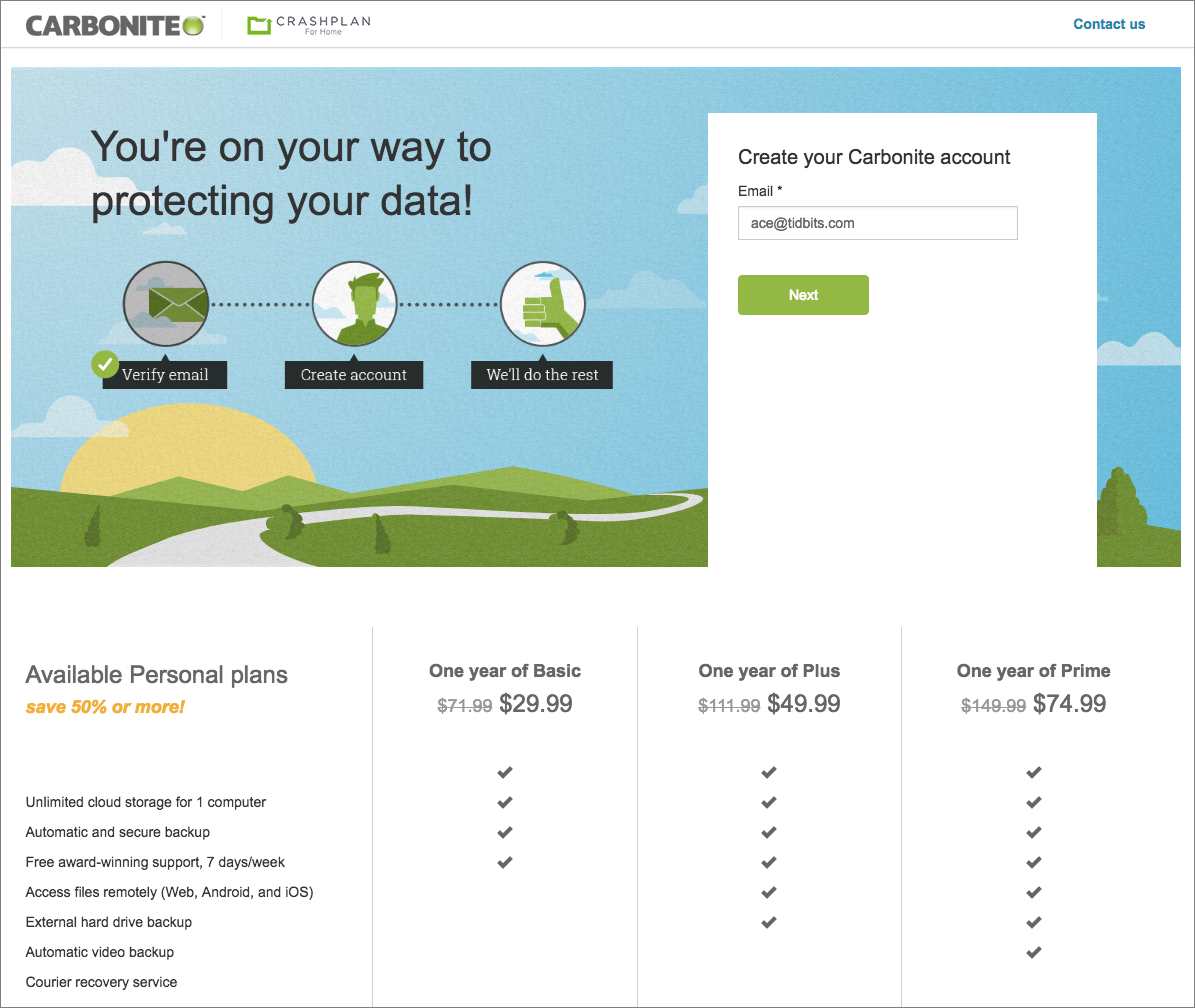 Given that Backblaze is a TidBITS sponsor, you’d expect us to recommend the service, but that was true before they signed on as a sponsor. Josh has been a happy Backblaze user for years, and in our initial coverage of CrashPlan’s exit from the consumer market, Joe Kissell tapped Backblaze as his new favorite online backup service, saying that it “is fast, reliable, and secure, and it costs $5 per month per computer.” And yes, Backblaze backs up external drives and
all types of files for no extra charge.

Joe doesn’t recommend Carbonite for Mac users because it doesn’t offer either versioning (seriously?) or the option to use a personal encryption key, and he found that it artificially restricts upstream bandwidth, making it slower than many other services. I’d now add that Carbonite will be more expensive than Backblaze after the first year.

Of course, there are many other options for online backup, and you can also roll your own online backup solution if you like. Joe’s article links to a variety of packages, and Glenn Fleishman has written about using ChronoSync to perform cloud backups (see “Investigating ChronoSync 4.7 for Cloud Backup,” 22 December 2016).