In what seems to be an increasingly common refrain, we’re here to tell you that Apple has once again updated all of its operating systems, this time to address the Telugu character bug that would cause Apple’s operating systems to crash when displaying a particular character. In this case, the character in question was in the Indian language Telugu, perhaps not something that many users outside India would use intentionally, but something that could be employed by anyone with malicious intent. We hope Apple figured out the underlying cause of these crashes, since it’s not the first time a particular
character or string has crashed Apple devices.

It’s relatively unlikely that any given person (outside India, of course!) would run across the Telugu bug or be targeted by a bad actor in the near future, so we recommend waiting a few days before installing to make sure these updates don’t introduce additional problems. But after that, make sure to update to eliminate the possibility of someone messing with you via this bug.

iOS 11.2.6 — In addition to fixing the Telugu bug, iOS 11.2.6 (41.5 MB on the iPhone X), also fixes an issue where “some third-party apps could fail to connect to external accessories.” You can install it in Settings > General > Software Update or via iTunes. 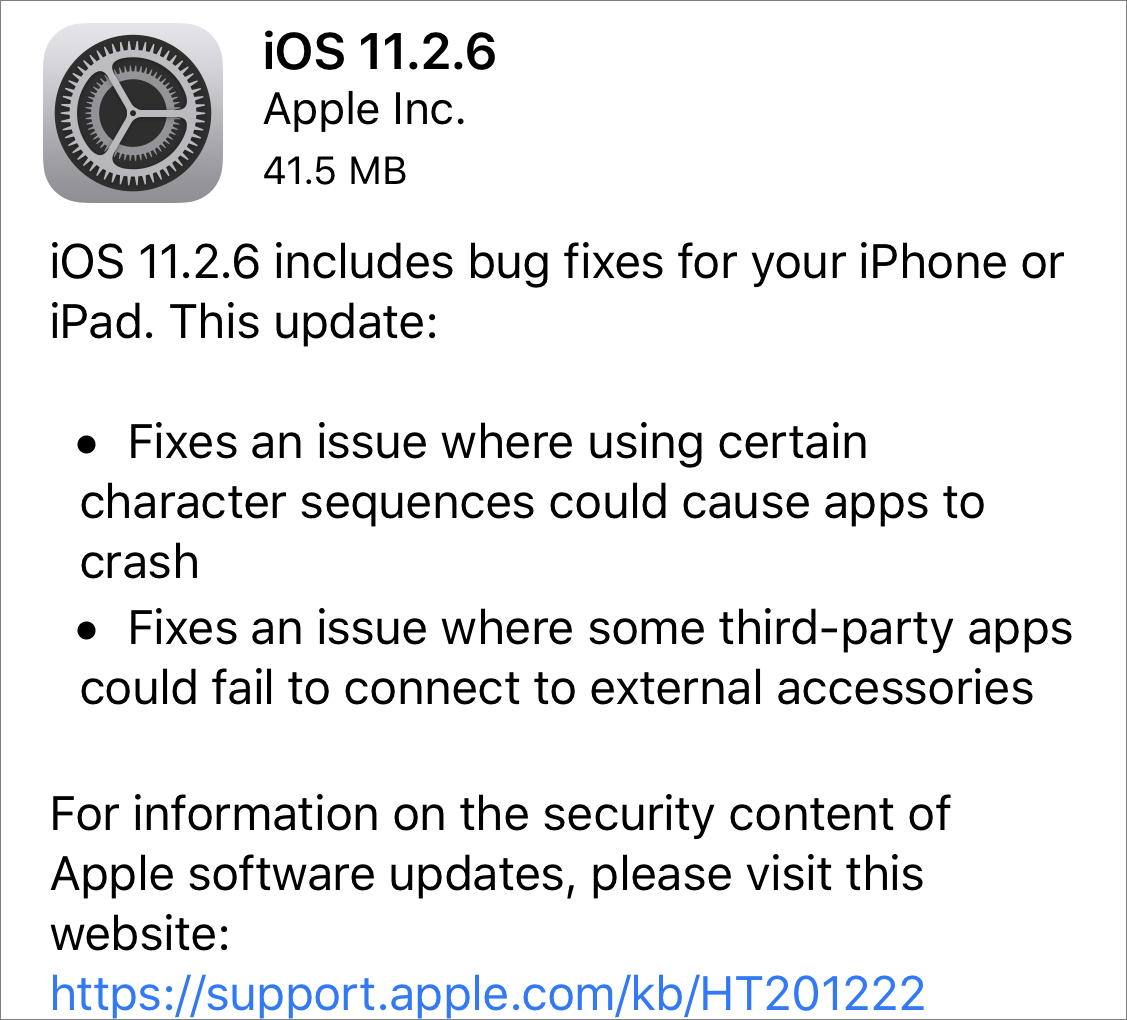 watchOS 4.2.3 — The watchOS 4.2.3 update holds no surprises, just a fix for the Telugu bug. It’s a 49.2 MB download that you install via the Watch app on your iPhone (in Watch > Settings > General > Software Update). Remember that the Apple Watch must be on its charger, charged to at least 50 percent, and within range of your iPhone, which itself must be on Wi-Fi. And it will take longer than you think it should — we recommend updating overnight. 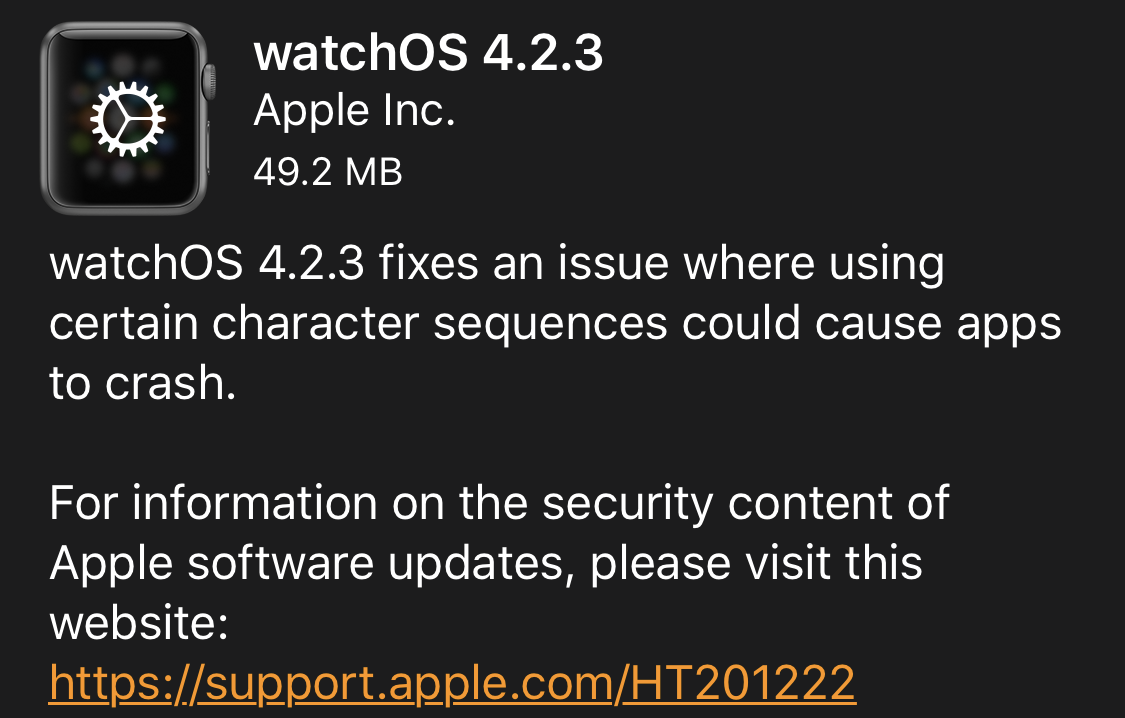 tvOS 11.2.6 — Finally, just like the rest of the updates tvOS 11.2.6 is aimed at fixing the Telugu character bug. You can install it on the fourth-generation Apple TV and Apple TV 4K via Settings > System > Software Updates > Update Software.