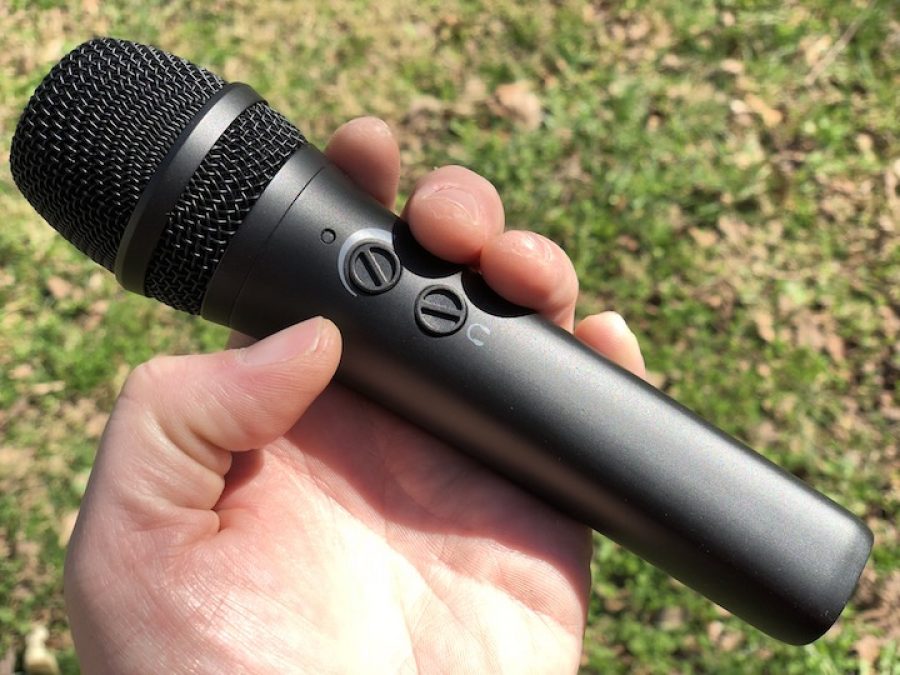 Even though I’ve taken to strumming a guitar recently, I’m no musician (as my poor wife can attest). Despite that, I still need a quality microphone for podcast appearances, MUG presentations, and to record articles for TidBITS. For five years now, I’ve used the Blue Yeti, which I wrote about in “Setting Up a Home Office with Josh Centers” (19 July 2013).

To my surprise, the Blue Yeti has become something of a podcasting standard over the past five years, thanks largely to it being the Wirecutter’s pick for best USB microphone. This came as a surprise because the Blue Yeti isn’t what I’d consider ideal for podcast recording.

Microphones have different patterns of how they pick up sound. The ideal pattern for podcast recording is cardioid, which is highly sensitive in the front and not as sensitive in the rear. In plain English, you want a microphone that picks up your voice but not background noise.

In theory, the Blue Yeti can switch to any pattern you need, but the reality is that it’s extremely sensitive to background noise. Monitoring my Blue Yeti’s input makes me feel like I have superhuman hearing, even when it’s in cardioid mode. When the mic’s input is turned up, I can hear my wife drop a pencil at the other end of the house.

That sounds awesome for eavesdropping on supervillains, but it’s irritating if you want crisp, clean sound in everyday audio. A particular problem is “house noise,” which is buzzing and interference a sensitive microphone can pick up, which makes your recordings sound unprofessional. I countered the house noise in Audio Hijack by combining its Denoise and AUDynamics Processor effects, but they’re not perfect. In particular, the AUDynamics Processor can cause clipping and make things sound weird.

Marco Arment summed up the pros and cons of the Blue Yeti when he published his roundup of podcasting microphones a few years back:

The Yeti has been recommended for years as an inexpensive starter mic. Getting good sound out of it takes some work and additional gear: it needs a strong pop filter, it picks up a lot of room echo, and its included desk stand keeps the mic too far away for good sound. But it’s a great value, and under ideal circumstances — close-up use in a silent, soft room with a pop filter — it can yield excellent sound quality.

So when the folks at IK Multimedia asked if I’d like to try out their iRig Mic HD 2, I jumped at the chance. At the same suggested retail price as the Blue Yeti, $129.99, it makes for a perfect comparison. (I’ve seen the Blue Yeti sell for much lower — as low as $70 around the holidays, but as I write this, $110 seems to be the street price for the basic model.) 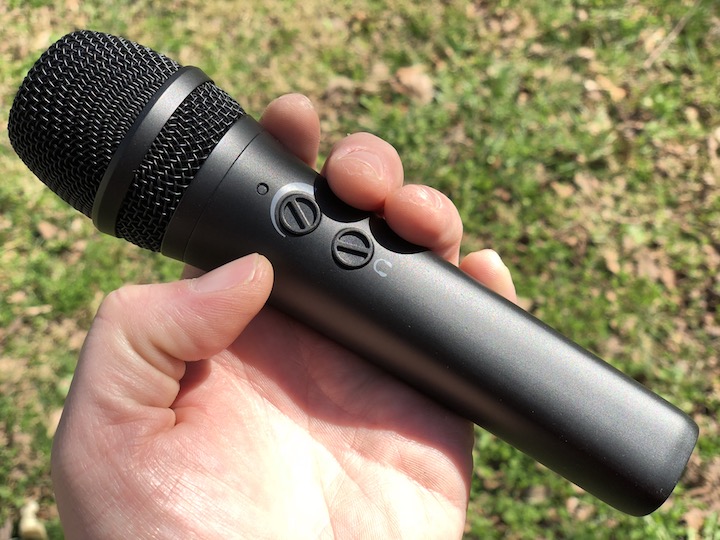 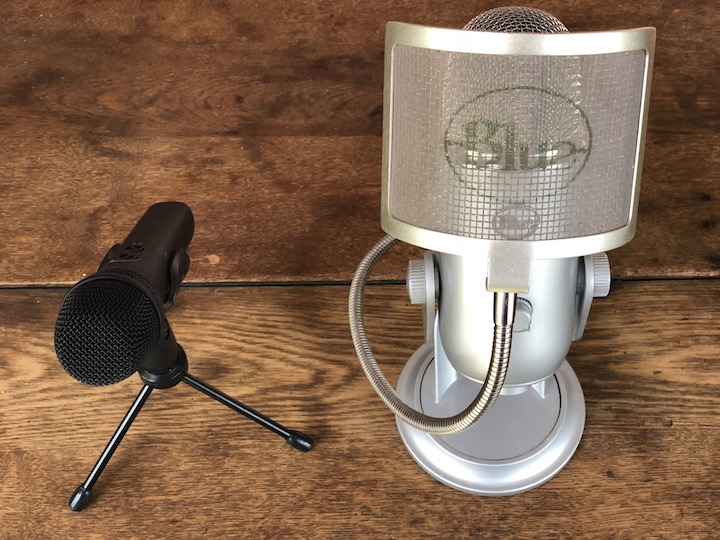 iMic includes a variety of goodies in the box: a USB to micro-USB cable, a Lightning to micro-USB cable (to connect the mic to your iPhone or iPad), a nice zip-up storage bag, a tabletop stand with a mic clamp, and a ⅝-inch to ⅜-inch thread adapter. The stand isn’t impressive, but it gets the job done. Although I stick with Audio Hijack and Garageband, iMic also includes a great deal of software, including:

But enough of all that, what we’re here to talk about is sound quality.

Sound Quality Showdown: iRig Mic HD 2 vs. Blue Yeti — I could quote all sorts of specs here, but they don’t tell you much about how the microphones sound. So I made a number of test recordings with both mics side by side. I didn’t edit these clips at all other than some simple crops in Fission to trim dead air at the start and end, so be warned that you can hear breathing, swallowing, and other such noises.

For my first recordings, I set the gain (volume of capture) for each microphone at 75 percent, which is what I usually use. I recorded both simultaneously in Audio Hijack with no effects applied. My mouth was about a foot away from the microphones, which is the usual distance. To best hear the difference, I recommend listening to these with headphones:

In those two recordings, my impression is that the Yeti recording was louder, but also muddier and with more relative noise than the iRig Mic HD 2. I decided to try another recording, this time with the iRig Mic HD 2 at full gain and the Yeti at only 25 percent to see how those would sound:

And to provide another apples-to-apples comparison, here are both microphones at full gain:

Finally, I decided to make test recordings with my usual Audio Hijack settings, which is a mono recording in AIFF format with a denoise effect applied:

And just as a bonus, here are two test recordings of me playing guitar with both microphones, again using my usual Audio Hijack settings:

You should draw your own conclusions, but to my ears, the iRig Mic HD 2 consistently sounds clearer and crisper, with less noise. Those I’ve subjected to blind comparisons over the past few months have regularly come to the same conclusion.

Recommendations — If you’re getting started with podcasting or some other sort of serious hobby recording, the iRig Mic HD 2 is an excellent choice. It’s portable, versatile, and has excellent sound quality for the same base price as the Blue Yeti. If you stumble across a Blue Yeti for under $100, it might seem like a better value, but I think you’ll be happier in the long run with the iRig Mic HD 2. (As for the Wirecutter recommendation, they haven’t updated the guide since the iRig Mic HD 2 was released, so I’ll be curious to see what their eventual analysis is.)

Also bear in mind that if you go with the Blue Yeti, a pop filter is an absolute must to avoid “explosive” P sounds. I use Blue’s official pop filter, which costs about $40 these days (you can see it in the comparison photo above), but you can get a serviceable one for under $10. In any case, it adds to the actual cost.

If you already own a Blue Yeti or a similar mic, I don’t think you’ll get $129.99 of additional value from the iRig Mic HD 2 — it’s just not that much of an improvement. If you are looking for an upgrade, I’d recommend you try the $250 Shure Beta 87A, which was Marco Arment’s top pick back in 2015 — microphone technology doesn’t change that much or that fast. A friend of mine just purchased one, and it sounds incredible, but he also had to buy a $150 Tascam USB interface since the Shure is an XLR mic. By the time he acquired all the mounting gear and other accoutrements he wanted, he had spent about $700. He was happy to spend the money to get optimal sound quality, but does his setup sound five times better than mine? I don’t think so.

The iRig Mic HD 2 hits a sweet spot. It’s a professional-quality mic that doesn’t break the bank. It comes with everything you need to record in macOS and iOS, it’s portable, and you can record while holding it in your hand if you need to. It can also take a beating — I’ve dropped it a few times with no ill effects. Dollar for dollar, I recommend the iRig Mic HD 2 over the Blue Yeti.