In a press release today, Apple said it would acquire Texture, a digital magazine service that gives iPhone and iPad users unlimited access to a stable of 200-plus magazines for a single monthly fee. (Texture also provides apps for Android, Kindle Fire, and Windows.) Apple did not disclose how much it would be paying Texture’s current owners: Condé Nast, Hearst, Meredith, Rogers Media, and KKR.

Julio Ojeda-Zapata mentioned Texture briefly last year in “Lightening the Vacation Tech Load” (14 May 2017) as a way of bringing magazines to read while traveling. He ended up opting instead for the Zinio for Libraries service through his local public library, which offered many of the same magazines for free. Zinio for Libraries has since merged with RBdigital, from the Recorded Books company, and you’ll need a new app. Check your public library’s Web site for RBdigital support. I just used my Tompkins County Public Library card to activate an RBdigital account, and now I have more magazines on my iPad Pro than I possibly have time to read.

The magazine world hasn’t been terribly healthy of late, with numerous publications dropping their expensive print magazines in favor of their online versions. However, Apple must feel that it can expand Texture’s user base sufficiently to contribute real money to its Services revenues, which earned $8.4 billion last quarter and pulled in more than the iPad and the Mac (“Apple Posts Record Profits in Q1 2018, Though Unit Sales Flatten,” 1 February 2018).

Apart from that PR-speak, Apple revealed nothing about what it intends to do with Texture in the press release. However, in an interview at the SXSW conference live-blogged by Zac Hall of 9to5Mac, Cue said that Apple plans to integrate Texture’s content into Apple News. Part of the goal there is to present stories to readers while avoiding the concern with fake news. Interestingly, he noted that a year ago, Apple News users followed an average of 4 publications, but that’s now up to 20.

Here’s a list of all the magazines currently in Texture’s catalog. 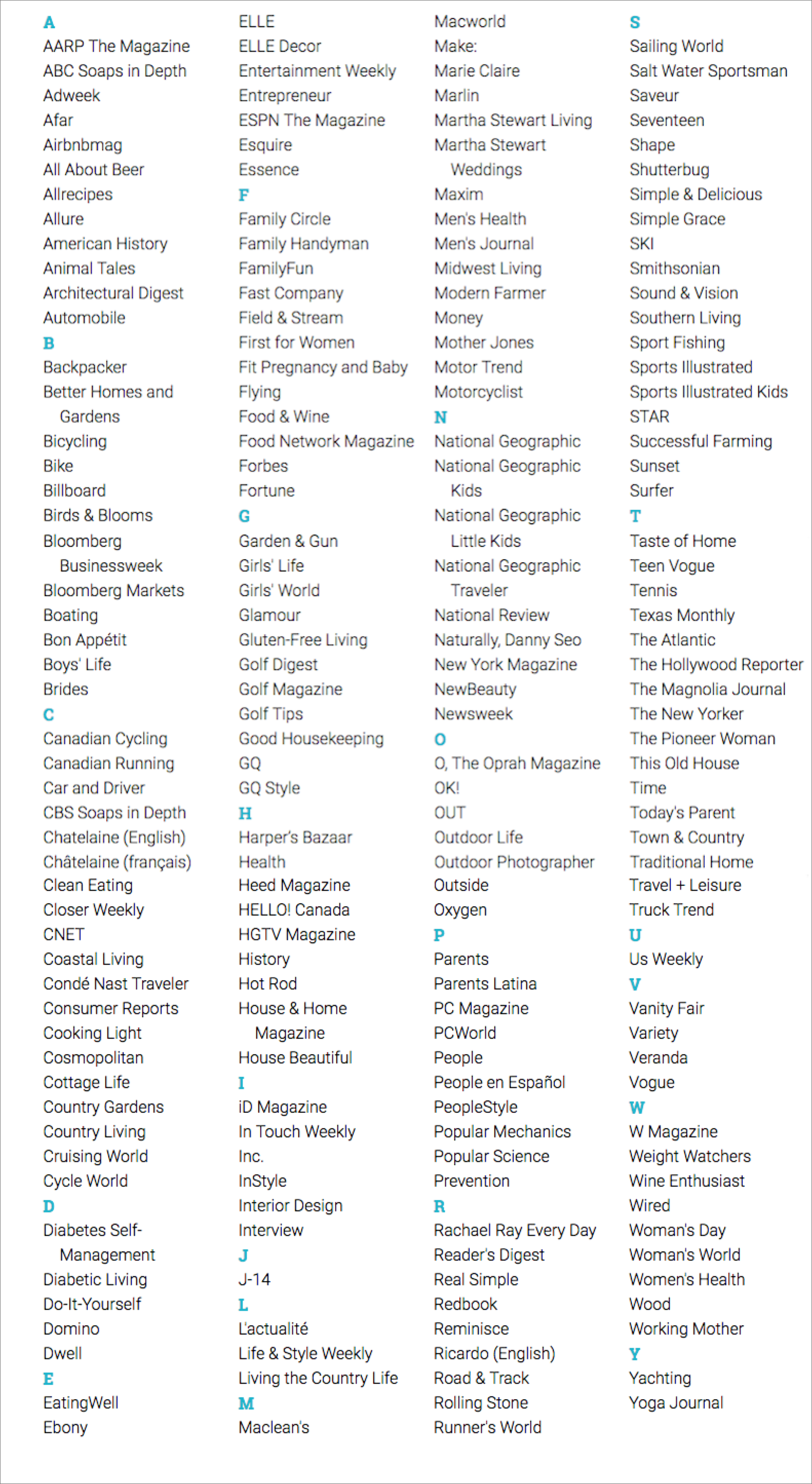