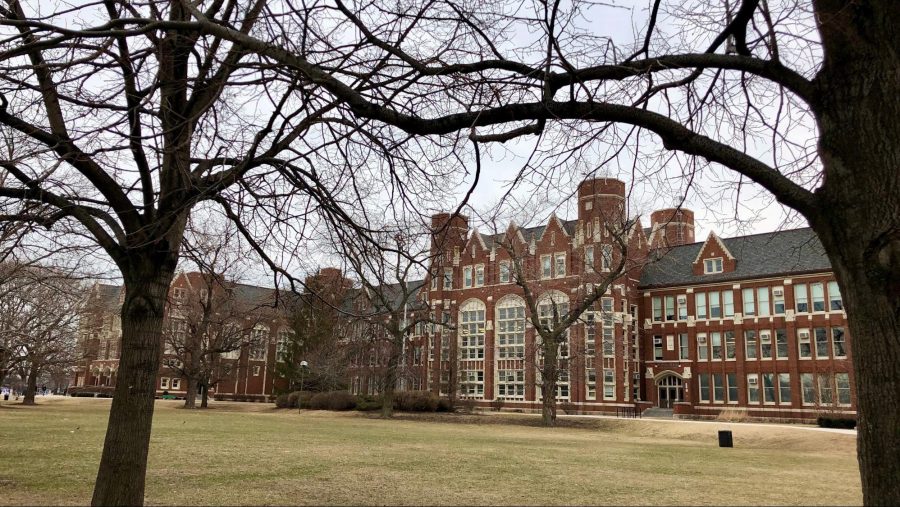 With Google now a dominant force in the classroom, it was a fine time for Apple to stage an education-focused press event at the Lane Tech College Preparatory School in Chicago on 27 March 2018.

The iPad, after initially showing promise as a classroom computer, has largely fallen behind Web-centric Chromebook school laptops that are simple to manage and typically less expensive than iPads.

It’s not just hardware leading to Apple’s decline in education. Google has won loyalty from school districts with online tools such as its Web-based G Suite productivity apps along with cloud-based tools for teachers and IT managers.

Since the iPad’s inception in 2010, Apple has made much of tablet-based interactive textbooks. It even tried to spark an electronic textbook revolution in 2012 when, at another education-related press event, it released the Mac-based iBooks Author app for creating iPad textbooks (see “Apple Goes Back to School with iBooks 2, iBooks Author, and iTunes U,” 19 January 2012).

Now Apple is trumpeting textbooks again… with a twist. The iBooks Author app isn’t being retired (at least not yet) but Apple is launching a parallel effort by building book authoring and publishing features into its Pages app for the Mac and iPad. The app could already export in the popular EPUB ebook format, but Apple has added additional book-design capabilities.

Greg Joswiak, Apple’s VP of Product Marketing, said the Pages update is intended to boost teachers’ enthusiasm for ebook creation with fresh templates along with Apple Pencil support for those wanting to add custom illustrations. Pages incorporates real-time collaboration features, too, for educators and students wanting to work in groups on book projects, something that wasn’t possible in iBooks Author, as Adam Engst noted in TidBITS coverage when iBooks Author was first released.

Despite the welcome addition of the ebook publishing features in Pages, the app is far from a full iBooks Author replacement, lacking as it does many of the Mac app’s advanced authoring and book creation features. Nor can its book project files be opened in iBooks Author. On the other hand, iBooks Author can import Pages files as chapters into an iBooks Author project, and it can create a new project based upon an EPUB exported from
Pages.

The app functions as a cloud-based workspace for teachers to create student handouts, manage kids’ assignments, point them to documents or Web-based resources, remind them about field trips, and so on.

Unsurprisingly for Apple, there’s an app angle, too. Teachers can point students to a variety of educational apps, They can even set the kids up with specific activities within those apps while monitoring their progress — all within Schoolwork.

Such app integration with Schoolwork isn’t automatic. Apple announced yet another of its development frameworks, ClassKit, for tweaking education apps accordingly. It also pointed to a number of education apps that have already been made Schoolwork-ready.

Schoolwork is being positioned as a direct competitor to a Google service called Classroom that lets educators create curricula, distribute student assignments, communicate with students and their guardians, incorporate apps into classroom programs, and more.

The cloud-based nature of Apple’s Schoolwork is key here since Google’s Classroom is — like almost everything Google does — a Web-based service.

Managing fleets of classroom iPads has traditionally been a challenge. This is why school districts have often turned to companies like Minneapolis-based Jamf, which specializes in executing and overseeing mass deployments of Apple devices. In fact, Jamf just announced early support for the upcoming releases of macOS 10.13.4, iOS 11.3, and tvOS 11.3.

This is where Google found an opening to pummel Apple. Chromebook deployments have been comparably easy to implement. What’s more, communal Chromebook use in the classroom is simple since any student can log in to any Chromebook and get to work; all of their stuff will be right there. By comparison, each school iPad user’s identity has traditionally been tied to a specific machine, allowing for less flexibility.

Now, with an update to a classroom technology called Apple School Manager, Apple is aiming to make iPad deployments less of a headache.

School IT managers will now be able to create student accounts en masse with greater ease. In fact, Joswiak bragged that such an administrator can create 1500 student Apple IDs in less than a minute.

What’s more, Apple is going after Chromebook capabilities directly by making iPads largely interchangeable in the classroom via a feature called Shared iPad. Joswiak noted that Apple School Manager will now “let a student pick up any iPad, type in their name to log in, and the iPad becomes their own. All their own apps and books are ready to go.”

Apple, which has traditionally been a bit stingy with online storage, also announced that every student registered via Apple School Manager will now have 200 GB of iCloud storage, up from 5 GB. (No word on whether the general public will see a similar storage upgrade at some point.)

Another of Apple’s pre-existing school systems, called Classroom, has been a boon for teachers wanting to keep tabs on how their students are using their iPads.

“Teachers love it,” Joswiak said, “because it lets them guide their students and keep them focused and on task.”

For instance, teachers can peek at what any of their students are doing on their iPads, offer group-lesson guidance, distribute class materials, reset students’ passwords, and launch apps, books or Web sites on multiple tablets simultaneously.

Until now, teachers have had to do this on iPads. At the event, however, Apple unveiled a Mac-based version of Classroom catering to the vast number of educators who run their classrooms on Apple laptops.

Classroom for Mac is due in beta form in June 2018.

Apple made a number of other education-related announcements that tie into classroom iPad use.

With Google maintaining a 60 percent share in the education market, the question is if Apple’s education announcements outlined here, along with the sixth-generation iPad and its Apple Pencil support, are sufficient to cut into Google’s dominance.

Everything announced today is a good move in that direction.

Schoolwork is one big piece of the answer since it ties together a lot of previously existing capabilities in a form that a teacher can actually use. Apple needs a good alternative to Google’s Classroom.

Long-suffering IT managers also get goodies in the form of more-robust iPad deployment tools. This is key since Chromebooks have been a comparative breeze to manage en masse.

Also essential is something like the Apple Teacher program, since the only way that school districts will even consider a major technology deployment is if there’s training available for teachers at all levels.

But we’re not educators and have only watched K-12 technology programs as involved parents. So we’d like to open it up to those of you who work in education — are Apple’s announcements sufficient to turn the tide away from Google?

Comments About Apple Strikes Back at Google with Education Initiatives