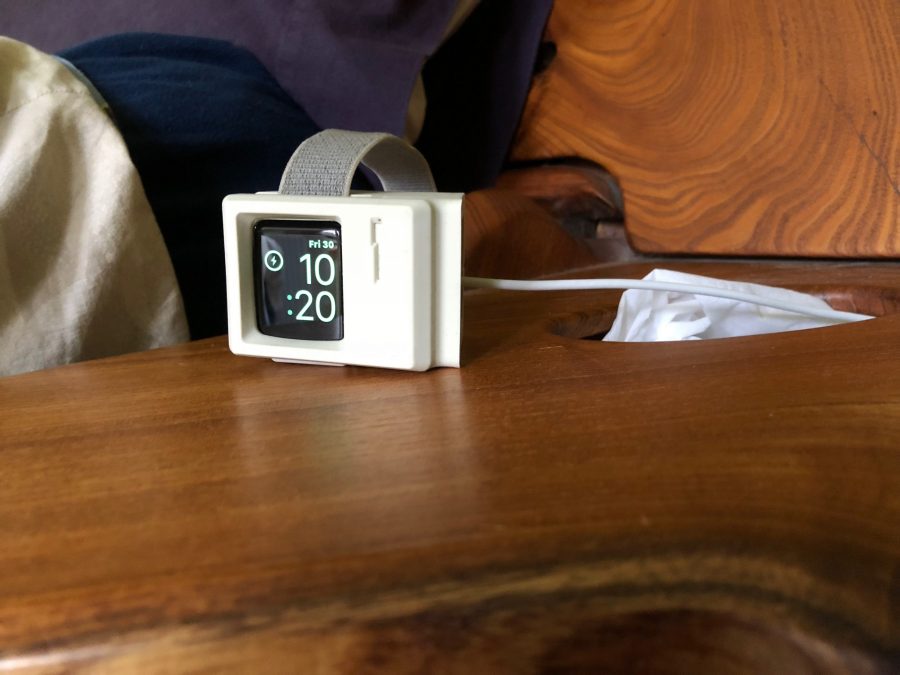 In what seems like an obvious move, watchOS 4.3 enables you to control the volume and playback on your HomePod from your Apple Watch. In theory, that shouldn’t be necessary, between Siri commands and the HomePod’s own physical controls, but additional controls are never a bad thing.

Another change in watchOS 4.3 is that Nightstand mode — which shows the current time in green on black briefly when you tap the watch or nightstand — now works in any orientation. Previously, it worked only when the watch was on its side in a charger, buttons up.

Apple says that watchOS 4.3 fixes three bugs. One prevented the Apple Watch from controlling music on the iPhone, although that seemed to be working for us. Another bug incorrectly awarded Activity achievements for some users (horrors!), and a third caused Siri commands not to work for some audio devices. Lastly, watchOS 4.3 incorporates 13 security fixes.

Remember that the Apple Watch must be on its charger, charged to at least 50 percent, and within range of your iPhone, which itself must be on Wi-Fi. And it will take longer than you think it should — we recommend updating overnight.

For tvOS 11.3, Apple has a few release notes, but two of the three are related to geographic feature availability. The Apple TV app is now available in Brazil and Mexico, and Siri now understands Portuguese in Brazil.

The only actual improvement applies to the fourth-generation Apple TV, which now allows you to play videos in their original frame rate. Previously, that feature was only offered on the Apple TV 4K. Apple explains this in a separate support note, saying that:

You can install the update on the fourth-generation Apple TV and Apple TV 4K via Settings > System > Software Updates > Update Software.

The HomePod shipped with firmware 11.2.5, which matches up with the iOS version at the time, so it’s not entirely surprising that its first update brings it to 11.3 to stay in sync with iOS. What is surprising is that the update is a whopping 2.36 GB, despite the fact that the release notes say only that it includes “general improvements for stability and quality.”

In theory, you shouldn’t need to install the HomePod 11.3 firmware manually, but if you want to, Apple has instructions. In short, open the Home app on an iOS device that’s signed into the same Apple ID as the HomePod. When the Home tab is selected, in the upper-left corner, tap the

arrow button that generally indicates something to do with location — no, we have no idea why Apple tied it to that button. Then tap Software Update, followed by Install. 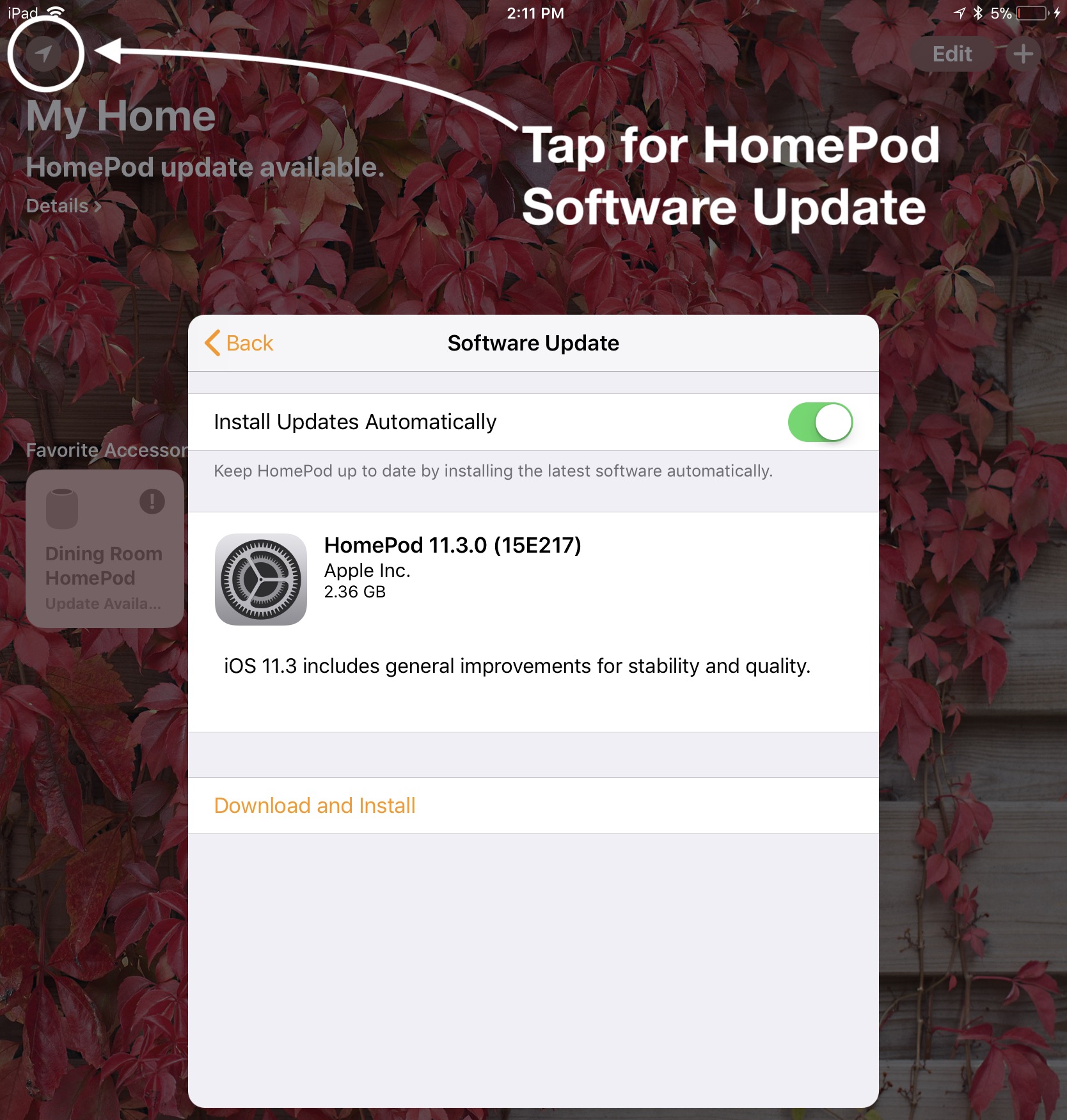 Surprisingly, despite the size of the update, it installed quite quickly, unlike the Apple Watch.