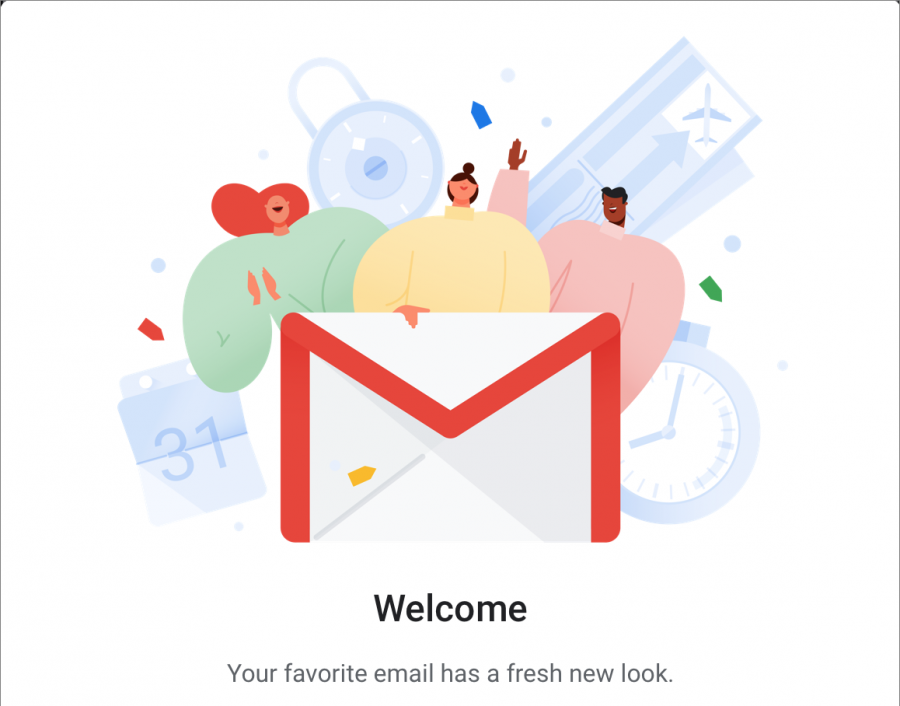 Gmail’s Web interface on the desktop has just undergone a significant overhaul, the first in some time. This won’t make any difference to those who read Gmail via an app like Mail on the Mac, and even if you use Gmail in a Web browser or via Mailplane, you won’t be dumped into the new interface automatically. To switch to the new version of Gmail, you must click the gear icon in the upper-right corner and choose “Try the new Gmail.” 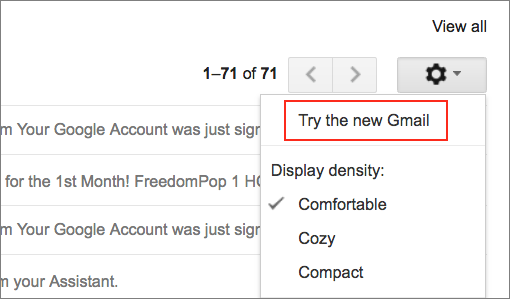 Many of these changes come from Google’s alternative Inbox email interface, which, at least for now, isn’t going anywhere. Along with visual tweaks such as a new typeface and less reliance on light-gray accents, the new Gmail interface offers a number of substantive improvements.

First off, Gmail has learned some new tricks. You can “snooze” emails that you want to put off for a while. Snoozing a message moves it out of sight to a Snoozed folder until the specified time, at which point it reappears in your Inbox. To snooze a message, hover over it and click the clock button.

Along with the clock button, other buttons appear to archive (the folder with an arrow icon) or delete (the trash icon) the message, or mark it as unread (the open envelope button).

When Gmail sees that you haven’t responded promptly to messages, it will nudge you via orange alerts on the right-hand side of the subject/snippet line.

Also, in another feature brought over from Inbox and the mobile app, Gmail now gains “smart replies,” in the form of short, canned answers derived via artificial intelligence from an email’s content. They are good for quick replies to simple messages, and spookily prescient at times.

Assuming you’ve set the display density to Default, rather than the tighter Comfortable or Compact, attachments are displayed prominently in your inbox so you don’t have to dig for them in lengthy email threads.

A click of the hamburger button on the upper left collapses the left-hand sidebar of labels, providing more horizontal space for Subject lines and message previews. While collapsed, the sidebar expands automatically if you mouse into it, or another click restores the expanded view.

On the right side of the screen, a new sidebar displays clickable icons for Google apps, including Google Calendar and the Google Keep notes app along with a new Google Tasks app, which gains a standalone version for iOS devices too. The sidebar also accommodates third-party Gmail add-ons such as Boomerang, which helps you schedule email for later sending and reminds you if certain messages don’t get replies.

Clicking one of the app icons expands the narrow sidebar into a wider one for working in the corresponding app.

Google has enhanced Gmail’s security features too. (Or, at least it will; Google promises that some of these features are “coming soon.”)

For messages within Gmail (remember that many organizations rely on Gmail as part of Google G Suite, and thus everyone in the organization would be using Gmail), you can now prevent your outgoing messages from being forwarded, copied, downloaded, or printed. Of course, there are a variety of ways around those limitations. You can also send messages that self-destruct after a predetermined time period, revoke previously sent emails, even require authentication via a text message to access a message.

As a longtime Gmail user, I have mixed feelings about the new look and features. I like the old Gmail interface. I’m not crazy about the new typeface, and there is also a slightly blurry quality about the new interface that Google needs to tweak.

On the plus side, however, despite the visual updates, it’s still fundamentally Gmail — a service that, at least for me, is as good as any desktop email client, and lets me blaze through my voluminous daily stream with minimal effort.

Some of the new capabilities are interesting, too. Better integration with Google Calendar and Google Keep will be a boon for my daily workflow since I rely heavily on both. And I quite like the features borrowed from Inbox that make acting on messages faster and easier.

Even if the security features won’t be of use for all email, the additional warnings of risky messages are welcome. Kudos to Google for helping users avoid falling prey to phishing.

If you’ve checked out these changes and you’re not enamored of them, you can switch back to the old interface for now. Click the gear icon and choose “Go back to classic Gmail.”

There’s no telling how long Google will let you use the previous interface, but other Google services that have received interface overhauls have kept their old looks available for quite some time. Nevertheless, despite some initial discomfort, I’m going to stick with the new interface.