At WWDC, Apple today announced iOS 12, which, like every-other release of macOS, focuses on refinement over radical new features, with an emphasis on speed, better time management, Siri improvements, and sprucing up long-ignored Apple apps. And augmented reality, although there seems to be more talk than action in this space so far.

The Need for Speed

The first way Apple hopes to improve your experience is by making your iOS devices faster. Apple claims that iOS 12 will be faster than iOS 11—a lot faster. The company is touting 40% faster app launches, 50% faster keyboard display, and 70% faster Camera access, plus up to 100% faster app launches and share sheet display while under heavy CPU load. Apple says this speed boost shouldn’t impact battery life since iOS 12 ramps up CPU performance instantly when needed and drops it as soon as it’s not.

These speed boosts will occur on every device iOS 12 supports, which is happily every device which iOS 11 supports—all the way back to the iPhone 5s and the original iPad Air. In fact, Apple suggested that these older devices may benefit the most from the speed improvements. Apple claims that iOS 12 will have the largest supported base ever for an Apple operating system release.

Take Back Your Time

Apple seems painfully aware of how the iPhone has reshaped society and is ever so slightly regretful. 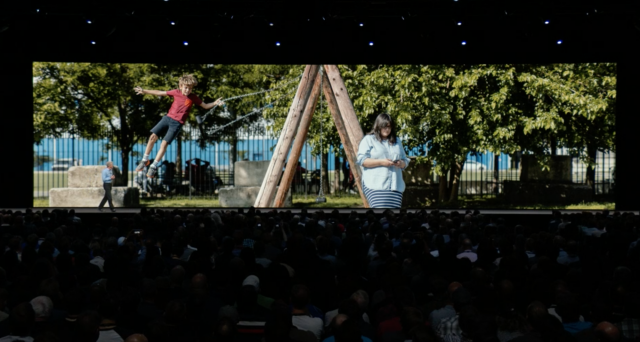 To that end, Apple is enhancing two existing iOS features and rolling out a new one to help you use your iPhone less.

Do Not Disturb Improvements

First up, Do Not Disturb (DND) is getting some upgrades. You can now set an automatic end to DND by time or location: press the DND button in Control Center and you can set when or where to automatically leave DND mode. Now you don’t have to remember to turn it off. 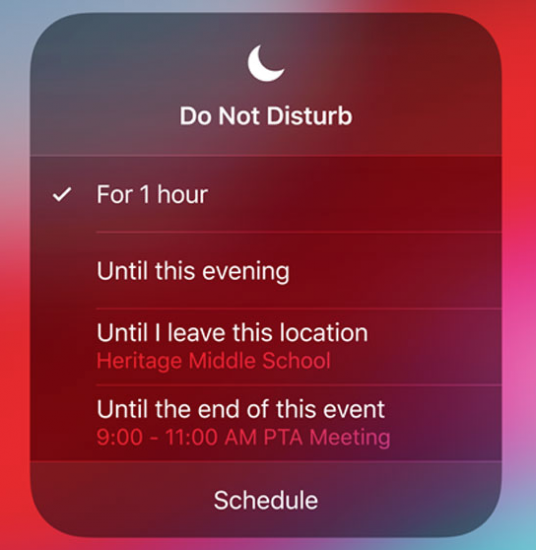 DND can already keep your phone from buzzing and lighting up when you’re trying to rest, but Apple is taking it to the next level with Do Not Disturb During Bedtime, which also dims the display and hides all notifications until you wake up. When you do check your iPhone in the morning, it will slowly introduce notifications to you instead of bombarding you first thing. 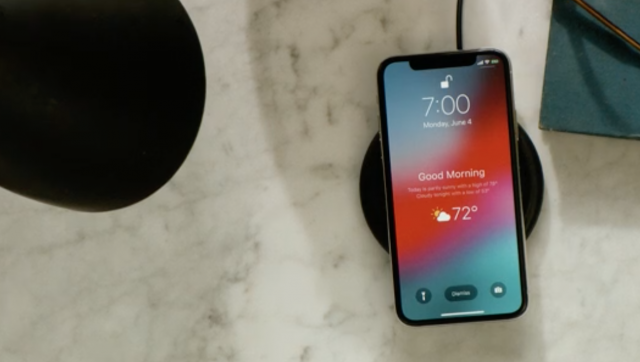 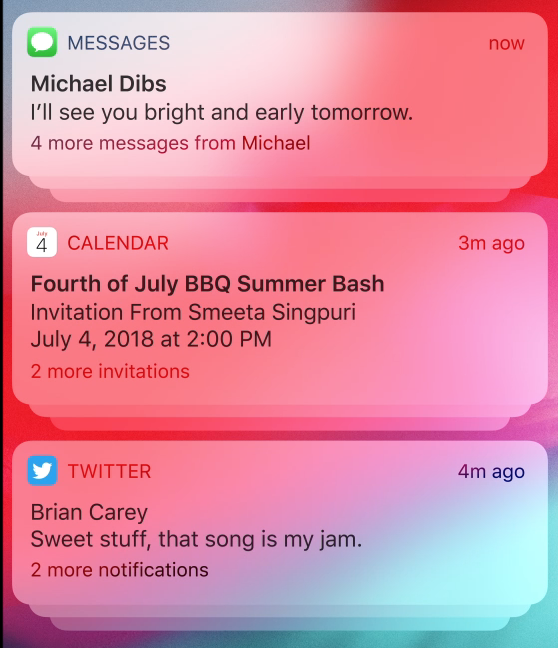 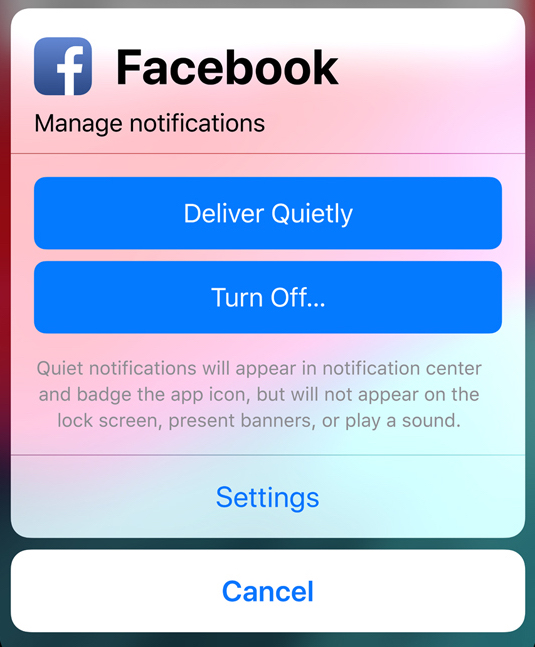 The new Screen Time feature helps you track and control how often you and your children use your iOS devices, much like the existing Moment app but with more capabilities. You can see exactly how long you’ve been using your devices, which apps you’ve spent time in, set timed daily limits for apps, and set time away from the screen. You can also do this for your children’s devices via Family Sharing. 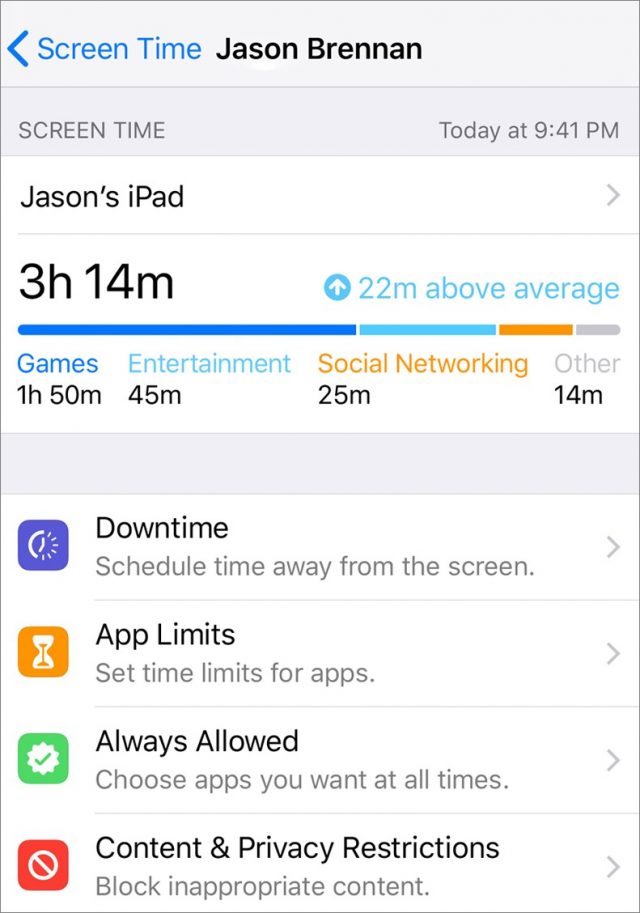 The most ambitious new feature of iOS 12 is Siri Shortcuts, accompanied by the new Shortcuts app. Apple did a weak job of explaining Shortcuts, so let me clear it up for you: it’s the official integration of the Workflow automation app that we’ve been anticipating since Apple purchased it last year (see “What Apple’s Purchase of Workflow Means for Automation,” 27 March 2017). It turns out that the title of my Workflow review—“Workflow Is the Next Step for iOS Automation” (21 December 2014)—was on the nose.

Siri Shortcuts will tie into hundreds of apps for you to create automated routines, which you activate on screen or with Siri. Plus, Siri will learn your daily habits and suggest certain shortcuts when they are relevant.

Here are some examples of stuff you can do with Siri Shortcuts: 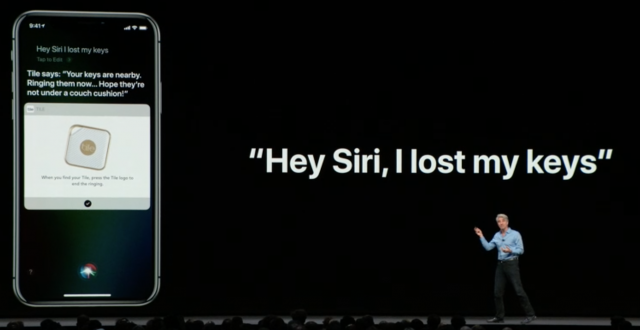 Apple spent quite a bit of the keynote talking about and showing off the capabilities of the new ARKit 2 framework. As before, augmented reality demos well, but hasn’t made a splash among mainstream apps used by most users yet. It’s obvious that Apple is laying the groundwork for something much bigger—perhaps digital glasses or an augmented Apple Car display. In any case, Apple is very excited about AR, despite it not really rocking the App Store yet. Here’s what’s new in AR in iOS 12:

For now, the most useful implementation of ARKit will be Apple’s new Measure app, which will ship with iOS 12. The app is—as you can guess—a virtual measuring tape. Measure will help you measure real-world objects with your iPhone and can even measure select objects, like photos, automatically.

Many other various and sundry changes are coming to iOS 12:

As welcome as many of these features are, none are game-changing. But that’s fine—we’d rather see the company instead focus on performance and refinement. There’s surely much more to discover over the summer as I work on updating Take Control of iOS 11.

Comments About iOS 12 to Focus on Performance and Refinement